The Liberals’ laughter at the mention of The Post Millennial’s report on MasterCard graft in the House of Commons is a slap in the face of all Canadians. 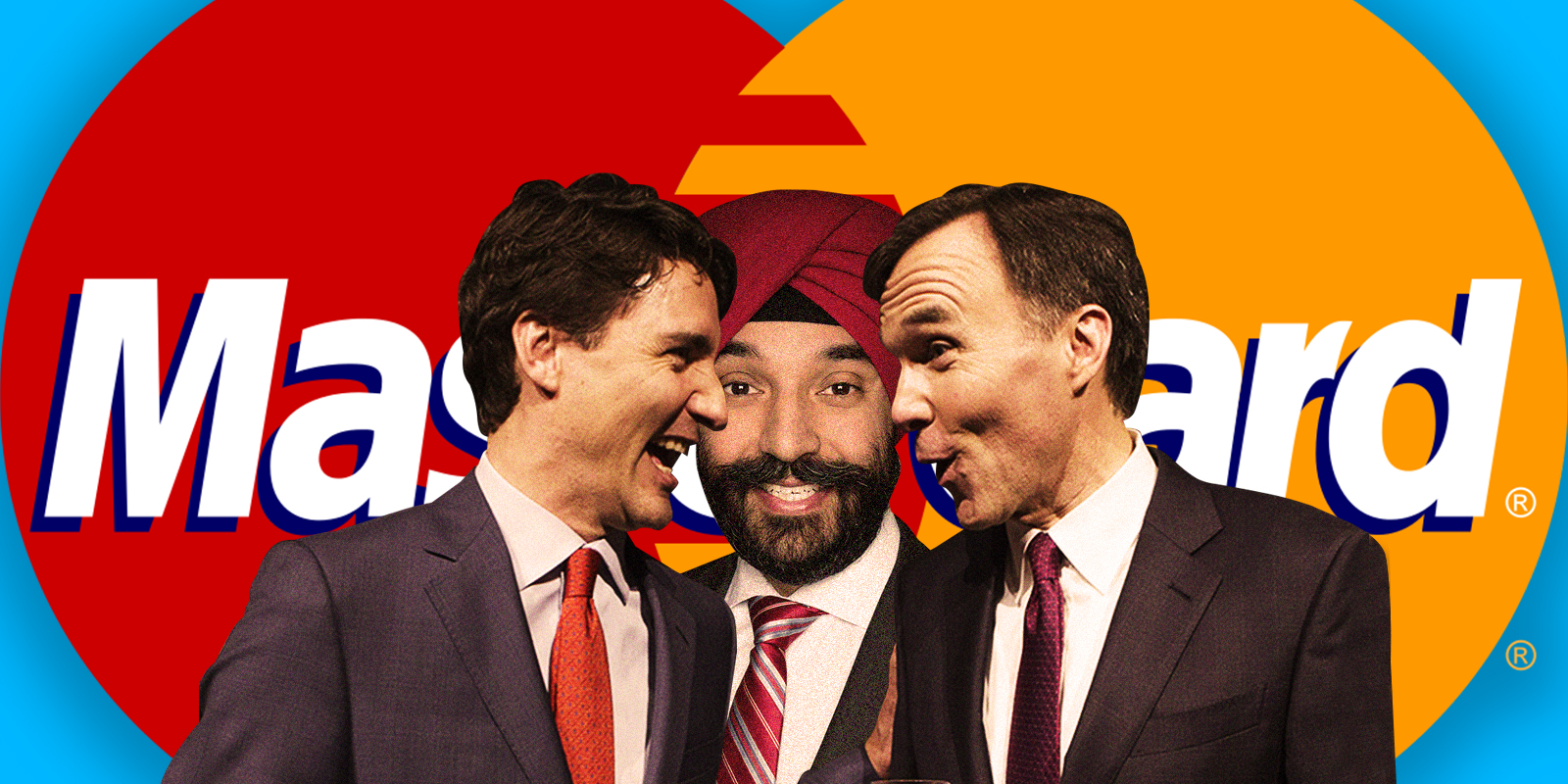 The Post Millennial published a report yesterday on how the chief MasterCard lobbyist was previously a top Liberal aide under the Chretien government and also appears to have donated to the Liberal Party of Canada 19 times.

In Question Period on Friday, the Liberals were repeatedly grilled by the Opposition about this lobbyist’s connections to their party and the incredibly generous $49 million taxpayer gift of corporate welfare they gave MasterCard; a company that rakes in billions of dollars profit every year  and has a CEO who received $20 million in compensation in 2019.

The mere mention of The Post Millennial appeared to draw half-hearted laughter from some risible Liberals.

It’s much easier to laugh off the story than explain to cash-strapped Canadians, half of whom are only $200 away from being unable to pay their bills, that the Trudeau government thought it a good idea to announce at swanky Davos they were going to give away $49 million of Canadians’ hard-earned money to a highly profitable credit card company; (a credit card company many Canadians are undoubtedly getting fleeced by each month by nightmarish interest rates).

Unfortunately for the Liberals, though, their boss Prime Minister Justin Trudeau has already maxed out his political capital with Canadians.

It’s confounding that journalists and political pundits were left scratching their heads at Trudeau getting pilloried for buying gourmet doughnuts earlier this month. NEWS FLASH: Canadians have grown weary of Trudeau carelessly wasting money, e.g. flying a chef to India, giving millions to a failing Bombardier, taking expensive vacations, taking journalists to court, etc. You would think his government being reduced to a minority and losing the popular vote would’ve clued these people in that 70 percent of Canadians are not in a Trudeau mania stupor.

As for the Liberals laughing derisively at The Post Millennial, they have repeatedly shown they have zero respect for journalists who actually hold their feet to the fire.

The Liberal Party of Canada also disgracefully shut out True North journalist Andrew Lawton from covering Trudeau’s re-election campaign, even sicking the RCMP on him. When Lawton and a Rebel Media journalist applied to cover the government-run official leadership debates, the Trudeau government’s Leaders’ Deabtes Commissions–filled with Liberal friends–tried and failed to block them.

When ace Globe and Mail reporter Robert Fife dropped the first bombshell SNC-Lavalin report Trudeau essentially called him a liar. Last time I checked there are no corrections in that report.

And to top it all off, the Trudeau government has corrupted the entire profession of journalism in Canada by offering $600 million to be divided out by special interest groups, including Unifor, which represents thousands of mainstream journalists across the country. And just this week, a government report recommended the CBC–notoriously bad at crediting other news outlets and known for routinely publishing Liberal propaganda–should police other journalists’ work.

As grim as all of this news is for independent Canadian journalists who actually want to hold the ruling Liberals to account, we at The Post Millennial see a glimmer of hope.

Our news outlet punches well above its weight and gets an average of 5 million visitors to our website every month.

If the Liberals want to laugh derisively at The Post Millennial when asked in the House of Commons about our reporting (on their giving a gift of $49 million to MasterCard after a lobbyist tied to their party had several meetings with Liberal ministers) that’s their prerogative.

Toronto Sun journalist Brian Lilley’s column on news of the Liberals proudly announcing giving MasterCard $49 million was the top article in Canada for much of Thursday. Not to be out done, The Post Millennial found its own story.

The MasterCard lobbyist hanging up on a Post Millennial reporter and the Liberals laughing at the mere mention of us in the House of Commons speaks volumes; it’s a slap in the face of journalism and everyday Canadians alike.

But trust me, the laughter in The Post Millennial office today while watching Question Period was a lot more hearty than the Liberals’ weak, glib guffaws.