Provinces like P.E.I, Nova Scotia, New Brunswick, and Newfoundland have typically been Liberal strongholds, however, this dynamic might change in the 2019 election. 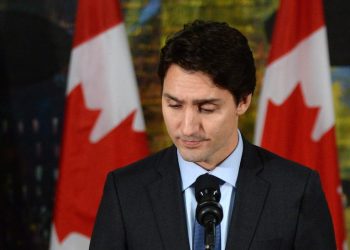 According to political insiders, the Liberal Party is set to lose significant support in the Atlantic provinces.

Provinces like P.E.I, Nova Scotia, New Brunswick, and Newfoundland and Labrador have typically been Liberal strongholds, however, this dynamic might change in the 2019 election.

In 2015, the Liberal Party led by Justin Trudeau won each of the 32 seats in the four provinces.

Provincially, the Liberals faced a significant loss in P.E.I for the April 23rd election. According to the results, the leading Liberals under Wade MacLauchlan lost 10 seats to the Progressive Conservatives. The Green Party was also elected as the official opposition in the province setting a historic precedent for Canada.

“They will hemorrhage seats in Atlantic Canada, the only uncertainty is how many seats they will lose,” said Nik Nanos, the founder of Nanos Research on the federal Liberals.

“For the Liberals, you have to think of the political environment in the  Atlantic Canada as firefighting and for them to try to contain the  damage that is going to occur in the next election in Atlantic Canada, and to have a few brush fires as they can potentially have, because for any incumbent that steps down, that for any riding that only won by a margin of five percent or less in Atlantic Canada during the Liberal surge, the Liberals have to be worried about those ridings,” said Nanos.

However, moving ahead Justin Trudeau has already lost six candidates who have declared they won’t be running for re-election in 2019:

The Liberals will be left with no option but to find replacements for those six seats, meaning that they will lose incumbent candidate advantage.

Facing failing opinion polls, and speculation about the reason behind the resignation of MPs like Scott Brison, the Liberals will likely have to concentrate their efforts on the Atlantic provinces to not further lose ground in 2019.

“The only way to fight that narrative is to have new star candidates run in those ridings that they currently hold, in order to show a certain level of enthusiasm for running as part of the Justin Trudeau team and under the Liberal banner,” said Nanos.

What do you think of the Liberal Party’s odds in the Atlantic? Let us know in the comments below.