Lululemon wants customers to pay $138 for leggings and 'resist capitalism'

Lululemon has jumped aboard the woke bandwagon with their new campaign to "decolonize gender" and "resist capitalism." Lululemon also sells yoga pants for over $100 a pair. 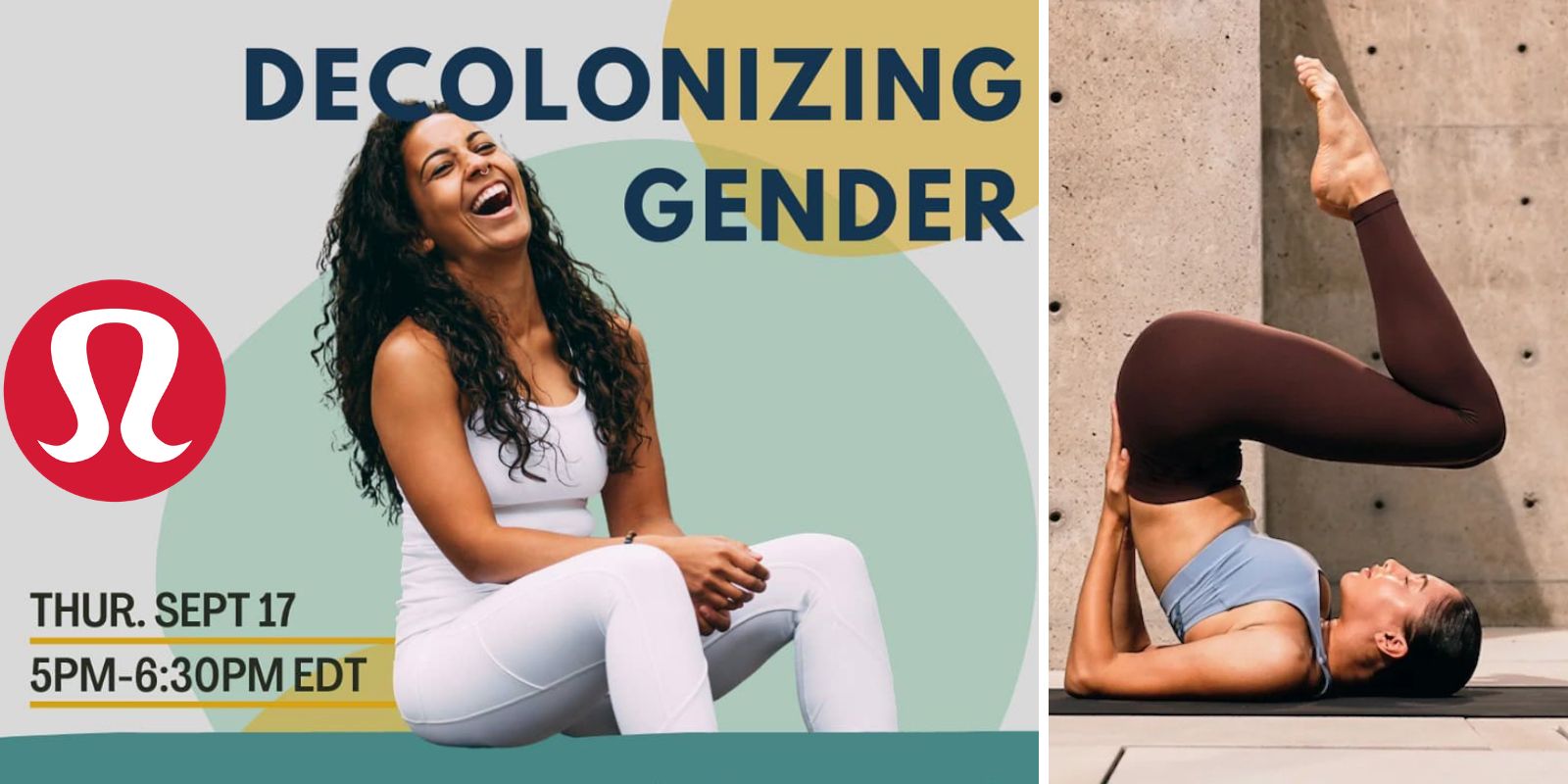 Lululemon has jumped aboard the woke bandwagon with their new campaign to "decolonize gender" and "resist capitalism." Lululemon also sells yoga pants for over $100 a pair.

Lululemon ambassador Rebby Kern, who goes  by they/them pronouns, will be hosting the virtual decolonization. It's an interesting concept for the primarily women's brand to go about decolonizing gender, since the Canadian company's efforts are primarily about dictating to women what their womanhood should be all about.

Kern says that they will be exploring "how gender constructs across the world have informed culture and the ways violent colonialism has erased these histories to enforce consumerism, gender stereotypes and misunderstanding of gender diverse communities."

Decolonization can be loosely defined as a withdrawal from a colony, thereby leaving that colony in an independent state.

As regards gender, this would mean that the genders have previously been subjected to having been ruled by forces outside of their control, and must be liberated from that control, presumably by ceasing to exist altogether and being entirely decoupled from biological sex.

Lululemon executives in their big home offices must believe that the capitalist infrastructure they have built ought to be resisted. Perhaps they would appreciate their goods and merchandise to be liberated as well.

Lululemon, with their high-priced "athleisure" gear, had second quarter earnings of $902.9 million, and despite the stock drop yesterday, the company is expecting further increases in the 3rd and 4th quarters of the year. This is a company that roundly benefits from capitalism, globalism, and profits from their association with women consumers as a wellness brand.

Mixed in with tweets about how to get your exclusive leggings, or what beauty treatments you just have to try, are social justice statements and identitarian testimonials. Lululemon has announced their commitment to diversity by paying out $250,000 to help get out the vote.

When We All Vote seems primarily interested in virtual meetings and selling merch. It was launched in 2018 by Michelle Obama, Tom Hanks, Lin-Manuel Miranda, Janelle Monae, Chris Paul, Faith Hill and Tim McGraw.

Lululemon's founder, Chip Wilson, had steered the company in a distinctly non-woke direction, having told consumers who were looking for larger sizes that the brand just wasn't for them. He stepped down after his remarks caused an unwelcome stir.

There has been a torrent of capitalist, corporate brands embracing diversity, equity, and inclusion in order to not appear callous. It's possible, however, that charging over $100 for a pair of stretchy leggings while broadcasting lessons on how to resist capitalism might be sending mixed messages.