"I cannot put a mask on myself, that is my whole battle here, you have to see that," said Alex. 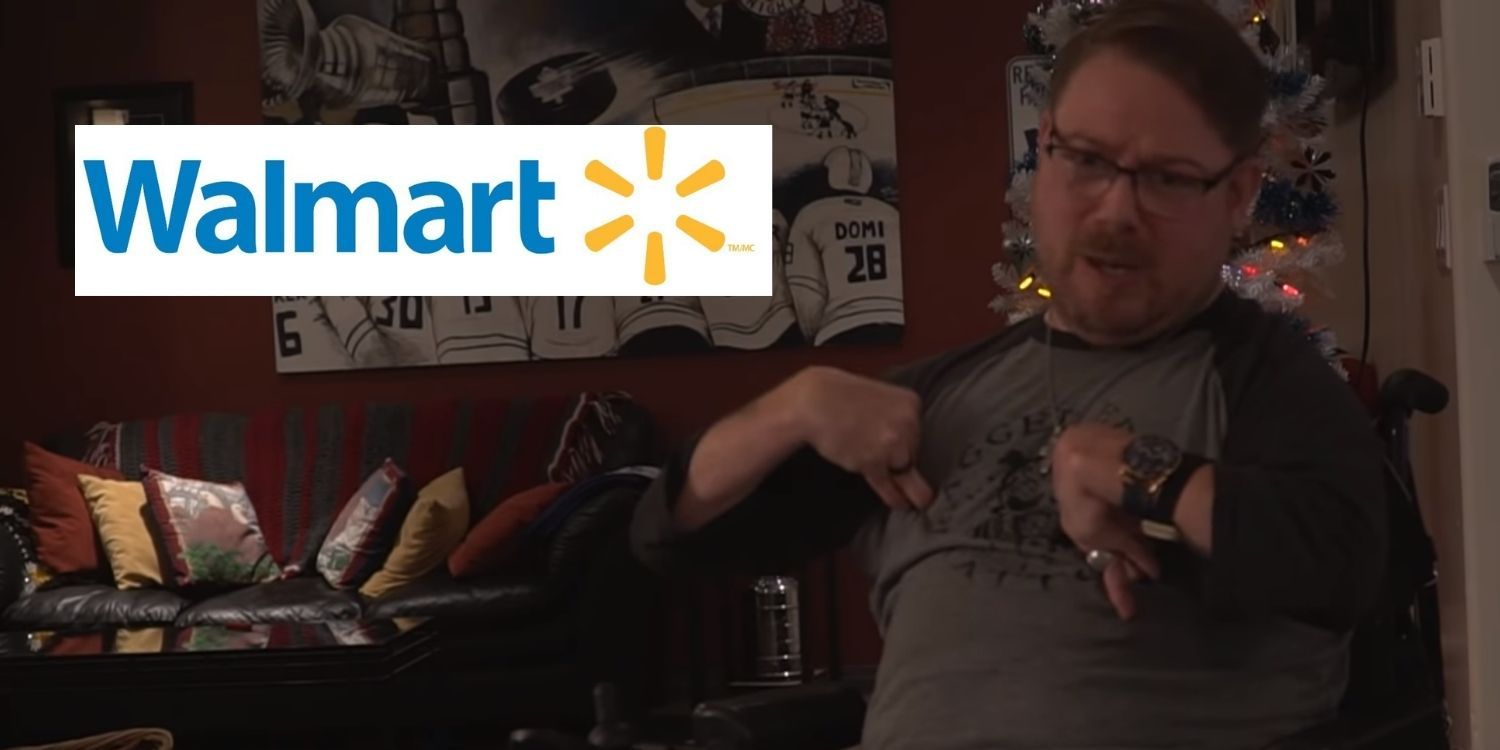 A Manitoba man with cerebral palsy was kicked out of Walmart for not wearing a mask. The incident took place on Dec. 16 when Alex Lytwyn went to Walmart n Dauphin, Man. to buy Christmas chocolates.

Lytwyn, 35, suffers from cerebral palsy. In a video about the incident, he explained that he wanted to go to Walmart to do some holiday shopping. For Lytwyn a simple trip Dauphin from his home in Winnipegosis is an undertaking due to his condition and wheelchair.

Lytwyn said that he was browsing in an aisle when two security guards stopped him and asked him to put on a mask. This was when Alex explained he had a medical exemption.

Following Lytwyn's explanation, the security guards allegedly turned to his homecare worker and asked the aide to make sure Lytwyn put on a mask. This was demeaning to Lytwyn who said, "what really affected me mentally was the fact that the security guard wasn't talking to me. They thought because I was in a chair that I had a mental disability and they had to talk to my homecare worker. Well, I can represent myself and I was appalled by how I was treated."

According to Lytwyn, he asked the guards to speak to him, but they ignored him until he became more vocal. After they asked him to wear a mask for the third time, Lytwyn asked for the manager.

Lytwyn said that while he awaited the manager's arrival, a woman began walking down the aisle but was cautioned by security. The security guard waiting with Alex allegedly warned the woman away, saying, "oh ma'am please go to a different way, don't go by him, he has no mask on."

Lytwyn said he was hurt by this. "It's really hard for me to not feel ashamed of my disability and all the physical and mental limitations that come with the stereotypes of cerebral palsy."

Lytwyn continued "...and now in 2020, I have a person saying 'oh, don't go by him,' It really hurt me and took me back to the 1940s and I thought about segregation and how those poor people must have felt."

When the Walmart manager finally arrived, he also asked Lytwyn to put a mask on. Lytwyn explained his medical exemption, but the manager insisted and asked whether he had a mask. He did not, so the manager then offered to provide one for Alex.

"Who is going to put it on me?" asked Lytwyn.

"Well you are," said the manager.

"I cannot put a mask on myself, that is my whole battle here, you have to see that," said Lytwyn, a moment which he describes in the video as one of frustration and feeling a sense of déjà vu.

The manager kicked Lytwyn out. Lytwyn said that a crowd formed to watch his ejection from Walmart by two security guards.

"All I wanted to do is get the most out of my life and it's not that easy for me to live my life at the best of times, and going to Dauphin is a big ordeal for me and now I have all this added stress put on top of me," concluded Alex in his video.

A Walmart spokesperson responded to a request for a comment from The Post Millennial, saying "We take issues of this nature very seriously and we are currently looking into the matter."

"Safety continues to be a top priority at Walmart and we will continue to take measures necessary to support the well-being of our customers and associates during the current pandemic. Health Canada has identified that, when worn properly, a person wearing a mask / face covering can reduce the spread of his or her own infectious respiratory droplets," said Walmart in their statement.

"However, individuals with medical conditions where they would be unable to wear a mask safely, and individuals who cannot apply/remove the mask without assistance, are exempt from the policy." This statement verifies that Lytwyn was indeed within his rights to be exempt.

This is another example where COVID era company policies have infringed on the rights of disabled individuals. It remains unknown whether Walmart has reached out to Lytwyn.