Taylor Greene made the remark in response to a local restaurant's move to turn away unvaccinated patrons in light of positive COVID-19 cases appearing on their radar. 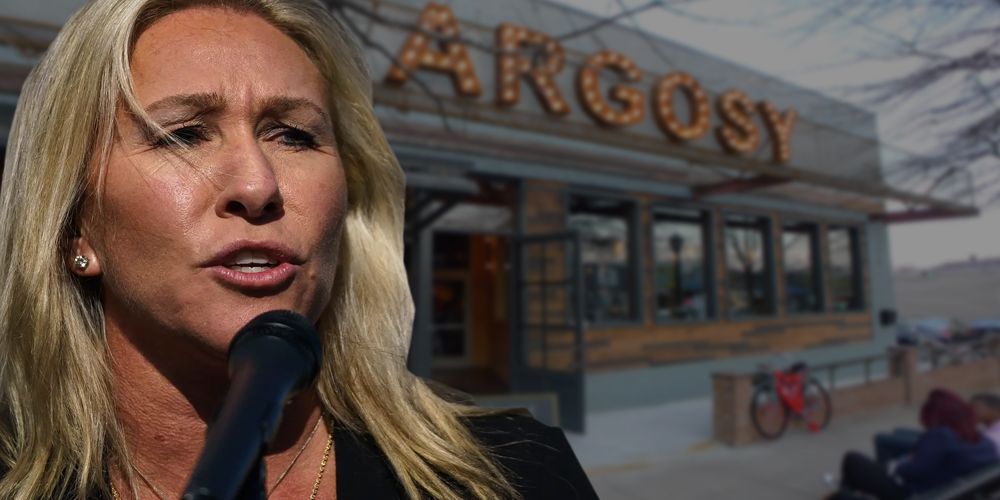 Rep. Marjorie Taylor Greene called one business's policy "segregation" on Sunday when a restaurant in Georgia decided to turn away unvaccinated patrons.

Argosy is an otherwise run-of-the-mill eatery. From what's observable on the restaurant's Instagram page, politics isn't the focus while the company's social media account simply hypes up their craft beer selection.

What led to the brouhaha in Greene's home state: the message from this private business was that a few positive COVID-19 cases prompted them to make the call.

"This is called segregation. Will you be testing everyone at the door for the flu, strep throat, stomach bugs, colds, meningitis, aids, venereal diseases, Hep A, Hep C, staff infections, athletes foot, pink eye, croup, bronchitis, ringworm, scabies, or any other contagions?" questioned Taylor Greene over the weekend.

The practice of vaccine mandates is being pushed through smaller entities and groups not at the federal level. The Biden administration is readily backing that.

Politico is keeping Taylor Greene's social media track record handy. As for making historical comparisons previously, it's noted that congresswoman was "made" to visit the Holocaust Museum after remarks that compared getting vaccinated to being a like a "gold star." It didn't lead Taylor Greene to tamper down with the comparisons. As soon after her gold star comment, the lawmaker from Georgia called the notion of Biden administration officials going from door-to-door to get Americans vaccinated as akin to deploying "brown shirts."

However, if you step outside the American-sphere news reporting bubble, there were protests this weekend in Britain, France, Greece, and Italy over the enactment of mandatory vaccination rules put in place in the European countries.