De Blasio said that "We had to reset the equation to create something that would be sustainable for the long haul." That something is massive, mandatory, widespread COVID testing. 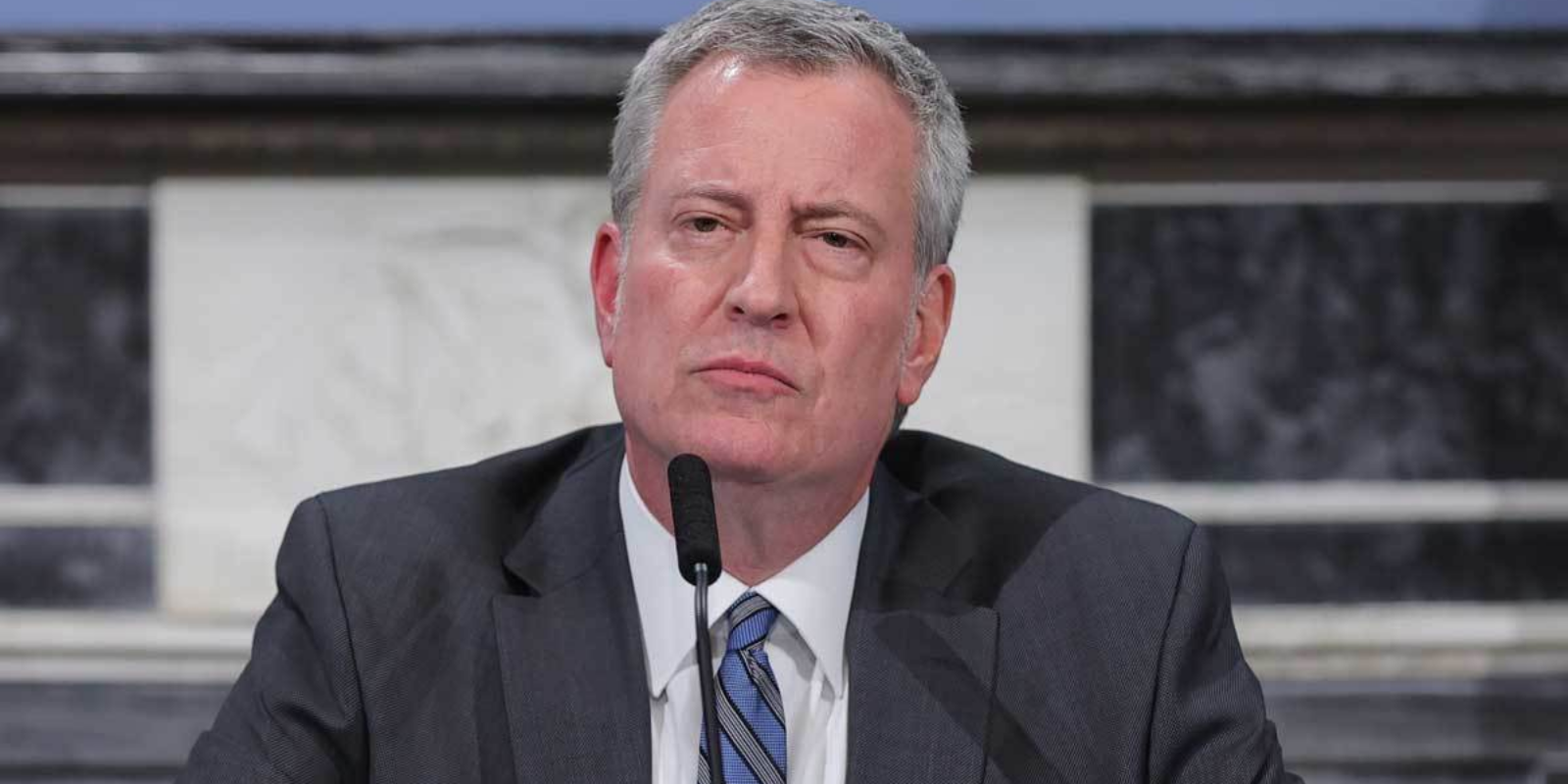 New York Mayor Bill de Blasio reversed course on school closures on Sunday, deciding to open schools after having shut them down on Nov. 18. On Monday, de Blasio said that "We had to reset the equation to create something that would be sustainable for the long haul." That something is massive, mandatory, widespread COVID testing.

"We had said back in September we would open our schools, biggest school system in the country, cities weren't opening schools at all, we did. But we also said we'd have really strict standards, and I said if we hit the three percent positivity that would be the point where we'd have to do something different," de Blasio said.

The criteria for the schools remaining open was that the citywide COVID-19 case count would be below three percent. This was per the arrangement between the teachers union and the city. The city's "blended learning model," where students could access in-person learning two days per week and were remote for three, served approximately 300,000 of the city's 1.1 million students.

Once that three percent threshold was breached, the in-person learning was terminated with less than 24 hours notice. At the time, de Blasio was very clear in saying that a case count that dipped below three percent citywide would not trigger an automatic reopening.

The schools' opening is scheduled for Dec. 7. This was previously the day that parents who had previously opted for remote learning, but decided that in-person learning would better suit their children, were able to start sending their kids back to school.

"Now we have a different approach," de Blasio told CNN, "we're adding alot more testing. Weekly testing in every school. Kids will have to have a testing consent form to come to school, this is going to allow us to get back up with our school system next Monday. Elementary school, early childhood, special education programs, and we're also going to keep building from there."

On Nov. 29, Schools Chancellor Richard Carranza sent home a notice to parents explaining how the whole thing would break down. Elementary schools, 3K through grade 5, would open first. Schools located in orange or red zones, as designated by Governor Andrew Cuomo, will still not be permitted to open.

Testing is the order of the day, however. Parents must return a consent form to schools stating that children will be subject to random coronavirus testing on school grounds. The swab test may be administered once per month, but testing will be more frequent in specified high-risk zones, if a child has been exposed to the virus, or shows symptoms. The consent authorization runs through Sept. 2021.

Schools will still only be open for those children who had opted in to the blended learning model, however. Students who were fully remote prior to the shut down will remain fully remote. The test results will be back about a day after they are administered.

"We're going to be able to have five-day-a-week instruction in alot of schools," de Blasio said. "Because a lot of parents did choose remote learning, other parents want their kids in the classroom. We now have the ability to give them more days in the classroom which is going to be really great for those kids."

That closure was met with an outcry from parents who watched as their children's grades and learning plummeted drastically during the school closures. Additionally, it seemed rather arbitrary to have schools closed but restaurants, and gyms open with limited capacity, not to mention private schools and daycares, which operated nearly normally.

When asked why three percent was the threshold for schools to remain open only eleven days ago and now is not, de Blasio said that:

"Back in August and September when we laid down that three percent, we did not have the information we have now. And so we had put it in place to say to folks we would be very stringent, to parents, teachers, staff, we're going to keep them very safe. We put all sorts measures in place to keep schools safe."

He touted the mask-wearing that is mandatory in schools, "kids and adults alike, always. It worked," he said. "The standard proved to be effective, but now it was time for something different."

De Blasio said that the three percent standard "after we had so much experience with schools, proved to be different than we thought it would be." The increase in testing is meant to tide schools over until the vaccine comes into school.

In a total backtrack from his earlier messages, de Blasio said that "the schools are some of the safest places to be right now in New York City, which is a credit to our educators and our staff and our parents. We know it works but you have to constantly monitor with that testing. And if we see multiple cases in a school, we'll do an immediate investigation with our test and trace core, and in a lot of cases we will close that school either temporarily or even for a two-week quarantine."

De Blasio said that the testing and tracing programs, and that it will be a "sustainable model now." He said that "overtime we're certainly going to move to middle and high school as well." This is projected to be after Christmas break.

While de Blasio said that testing would be once per week, although the consent form sent home to parents has not been updated to reflect that change.

De Blasio did not mention the massive backlash from parents, mental health professionals, and educators who believed fully that depriving children of an education was an abysmal response to a pandemic. In the time that elapsed between school closures on Nov. 18 and Nov. 29, when the reopening announcement was made, even Dr. Anthony Fauci said that schools should not be closed.