According to the report, out of fifty of the nation's top-ranked medical schools, thirty-six asked applicants questions regarding DEI. 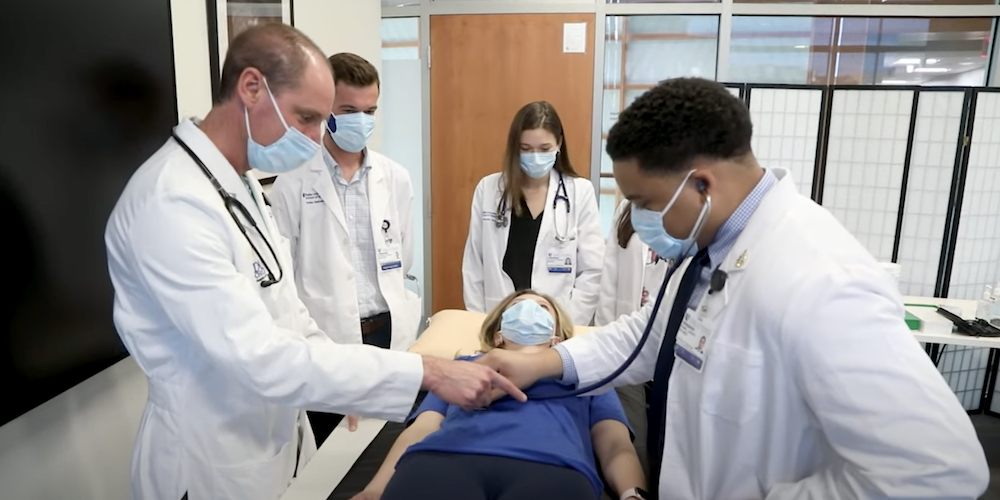 In recent years, ideas that were once only discussed among those in academia and advocacy groups have become more and more mainstream, perhaps none more so than those relating to diversity, equity, and inclusion.

A new report compiled by non-profit group Do No Harm found that questions regarding DEI initiatives have been injected into many top-ranked medical schools across the nation, starting with the application process.

According to the report, out of fifty of the nation's top-ranked medical schools, thirty-six asked applicants questions regarding DEI. Schools outside the top tier were also found to be "probing for information about candidates’ attitudes toward race, ethnicity, socioeconomic status, and more."

Do No Harm suggested that the goal of all this "is to turn ideological support for health equity and social justice initiatives into a credential that increases an applicant's chance of acceptance, to screen out dissenters, and to signal to all applicants that they are expected to support this new cause."

The report highlights the questions asked by numerous institutions, including medical schools at Duke University and the University of Minnesota.

In the former, prospective students are asked to, "Describe [their] understanding of race and its relationship to inequities in health and health care."

The question is prefaced by a brief statement. "Potential sources of health inequities include race, gender, education, income, disability, geographic location, and sexual orientation," it reads.

"Moments to Movement (M2M) is Duke's collective stand against systemic racism and injustice. The name signifies going beyond passive moments of reflection and becoming more active as we build to make lasting change for our patients, their loved ones and each other."

Prospective students applying to the University of Minnesota medical school are asked point blank to "share [their] reflections on, experiences with, and greatest lessons learned about systemic racism," with the school noting that the US is "reckoning with its history, racism, racial injustice, and especially anti-black racism."

As Do No Harm notes in the report, the inclusion of such questions is supported by the Association of American Medical Colleges (AAMC), who "further conveys to students the importance of compliance with DEI orthodoxy."

They highlight the fact that since medical schools are extremely competitive, applicants may feel pressured to answer a certain way in order to be accepted.

"These demands for endorsement of specific political ideas in order to be considered for admission," they conclude, "may constitute, or be close to constituting, compelled speech – a long-recognized violation of our country's most basic values of free speech and freedom of conscience."