The Indigenous scholarship brouhaha looks like it could be the latest in an sad trend of people self-identifying as Indigenous in order to reap the benefits meant for historically persecuted and marginalized people. 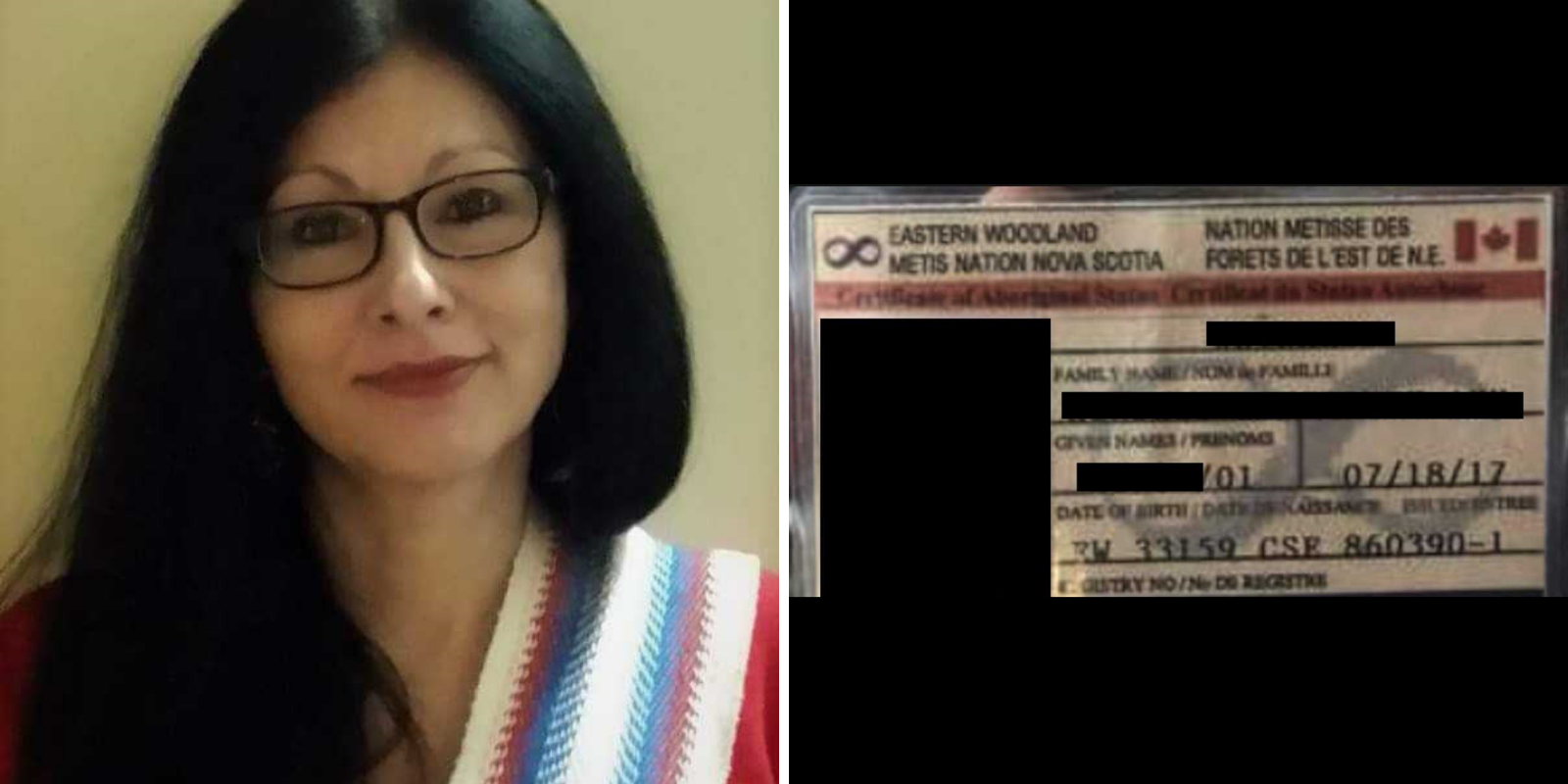 The recent uproar over the recipient of an Indigenous scholarship has yet to die down, and for good reason, seeing as much of this happened around Metis week and there are plenty of other cases like this that haven’t been called out.

Without any identifiable outward appearance of being Indigenous, 18-year-old Ainsley Whynacht claimed to be Metis and was accepted for The National Union of Public and General Employees (NSGEU) scholarship, which was intended for Indigenous youth.

Right away, it should have been suspicious to the NSGEU that Whynacht claimed to be Metis because Metis people are from the midwest of Canada, not the Maritimes. This doesn’t make her declared heritage an impossibility, but it definitely should have raised questions for the NSGEU.

It’s odd that when presented with someone that does not appear overly Indigenous the NSGEU would hand her the award without any proper vetting of her heritage. The fact that it never crossed their minds that an actual Indigenous student could be sidelined because an invalid  candidate applied is negligence.

It looks like NSGEU knows this themselves. When TPM called them to speak to Les Bush, the person in charge of their scholarship program, we were first told he was out of the office, and when we asked if it was at all possible to get into contact with him, we were flatly told no.

Conservative MP David Yurdiga, when asked for comment by The Post Millennial on the topic of standards for Metis identification, said, “So this is an enormous challenge for the Canadian government obviously when there is funding coming along. And, you know, when you have some groups that don’t have a clear, concise standard, it causes a lot of challenges with distributing grants and funding, which groups get it, which groups don’t.”

Either way the NSGEU fumbled this, awarding the scholarship by merely looking at the application unquestioningly. The form comically asks the applicant to check off whether they are Indigenous or not and nothing more on the subject.

This is equivalent to a police report having a checkbox for whether the report was filed falsely or not. The NSGEU has seemingly never been made aware of the concept of lying and whether or not people like to do that sort of thing for money. The applicant should provide at least some information that would make them plausibly Indigenous.

The lack of verification that goes along with the scholarship meant for Indigenous youth makes it seem as if it was meant more for virtue signalling than a genuine effort to make more educational opportunities open for those who tend not to be given equal opportunities.

The Post Millennial interviewed Robyn Lawson, a Metis activist who has been deeply involved in the Metis community and knows about the lax standards around Indigenous identification.

In the interview, she highlighted the backwards way in which so many people claim to be Metis without any clear evidence confirming their heritage.

“I happened to know that there are several, especially on the Atlantic seaboard, along the maritime region, they have a lot of their departments actively still trying to find Metis settlements in proof of Metis identity out there,” Lawson said. “They’ve never been able to find it. But it doesn’t stop them from first claiming to be Metis and then looking for the proof… that’s probably their busiest fraudulent act; to claim to be a member of a nation that they’re still searching for evidence to substantiate that claim.”

Lawson pointed out that the rise in Metis identification, which has risen in places like Nova Scotia by 125 percent in the last decade, is connected to a 2003 Supreme Court decision, R vs Powley, that outlined five specific steps to identify as Metis. Those steps include aligning with the only officially recognized provincial Metis affiliates under the umbrella of the Metis National Council (MNC).

Her point about identification was further illustrated at her son’s university orientation week.

“In my son’s University Indigenous orientation meeting… there were six kids in that meeting, we parents and the Indigenous justice department staff. So, I’m not shy about asking people: ‘Whose family?’ And, ‘What’s your community?’ There were three answers [that day]. First one, ‘I don’t know, I was told I was Indigenous, so I assumed it’s Metis.’ The second one was similar to that, ‘Yeah. I know my mom or my dad is Metis, but I don’t know from where.’ And the third one said her answer was Mi’kmaq. I said, ‘Oh, Mi’kmaq. My brother married a Mi’kmaq woman out east. What community are you from?’ And she had to look to her dad for the answer. So she looked up at him, and he looked at her, and he turned back to me, and he said New Brunswick, and then I knew what I was dealing with right there… I’m telling you 48 hours later there was a story in the paper about the scholarship she had won, a significant Indigenous scholarship, for Metis leadership. She claimed Mi’kmaq when directly confronted in that meeting,” said Lawson.

Ainsley Whynacht, the NSGEU scholarship recipient, presented a Metis identification card online following the uproar to her Instagram posts joking about how white she is, but the card only raised more questions. It comes from the unrecognized Eastern Woodland Metis community and is not considered legitimate by real Metis.

Regarding the operations of “eastern Metis” groups, Lawson said, “The eastern groups, looking at their actual meeting minutes, which I’ve been privy to through various channels, in every single one of their meetings, the discussion is around, ‘How do we get this government to recognize that we are Indigenous and that we are Metis, and then next on the agenda is, what kind of goodies are we going to get for these cards? So, I can get my gas tax free, and I can go to this store and pay for my groceries tax free with this card.’ Those are the kind of conversations they have. They are never to be seen on the front lines of any Indigenous issue ever.”

Communities like the Eastern Woodland Metis seem to not care that their pursuit of recognition on faulty grounds only goes to watering down Metis culture. The belief that any native blood makes someone a Metis ruins the actual definition of what Metis heritage and culture means. If anyone can claim Metis heritage then it makes a mockery of the special classification for a group of people whose families were wronged in the past.

Despite how it sounds, an Indigenous scholarship is not fundamentally ethnic only, but also cultural. The point of these scholarships should be to reward those who work hard and achieve, despite inadequate educational resources, because it’s Canada’s duty to Indigenous people.

“The bottom line is these awards, whether they’re scholarships, or bursaries or a job opportunity, these awards are meant to lend a hand up, and some of these institutions play a crucial role in their efforts to act on reconciliation. You know, reconciliation requires genuine acts of reparation and supplying the education for Indigenous people. Not only is it an act of reparation and reconciliation, but it’s also an actual obligation in the Indian Act. If any group is going to go to the effort of supporting Indigenous endeavours, it’s incumbent upon them to make sure those awards are going to where they’re intended,” said Lawson.

Many scholarships for Indigenous people turn out to be poorly made affirmative action programs where those who have worked hard to pull themselves up from tough circumstances are skipped over for those who have every advantage and privilege.

Author and associate professor of Social Justice and Community Studies at Saint Mary’s University, Darryl Leroux, made a note of the “raceshifting” trend amongst Nova Scotia’s population.

Mr. Leroux argues that ridiculous, lax standards can undermine the preservation of a unique culture. Despite Metis traditionally living in the midwest of Canada, somehow Nova Scotia has the highest percentage of Metis residence, despite one official settlement.

Much of the background of fake Metis communities are documented on the website Raceshifting, and much of the information is taken out of Mr. Leroux’s book, Distorted Decent: White Claims to Indigenous Identity, which tracked the legal creation and activities of each community.

If the NSGEU wants to host an indigenous scholarship program, indeed, there should be far more transparent and stricter standards around Indigenous identification. In the case of Ainsley Whynacht, it seems likely an actual Indigenous/Metis student was deprived of a scholarship because of selfish self-identification.