Morrissey and the misguided outrage of his critics

This never-ending quest to undermine one of the most important singer/songwriters of our time tells us much more about the way society is shaping itself into spineless mediocrity. 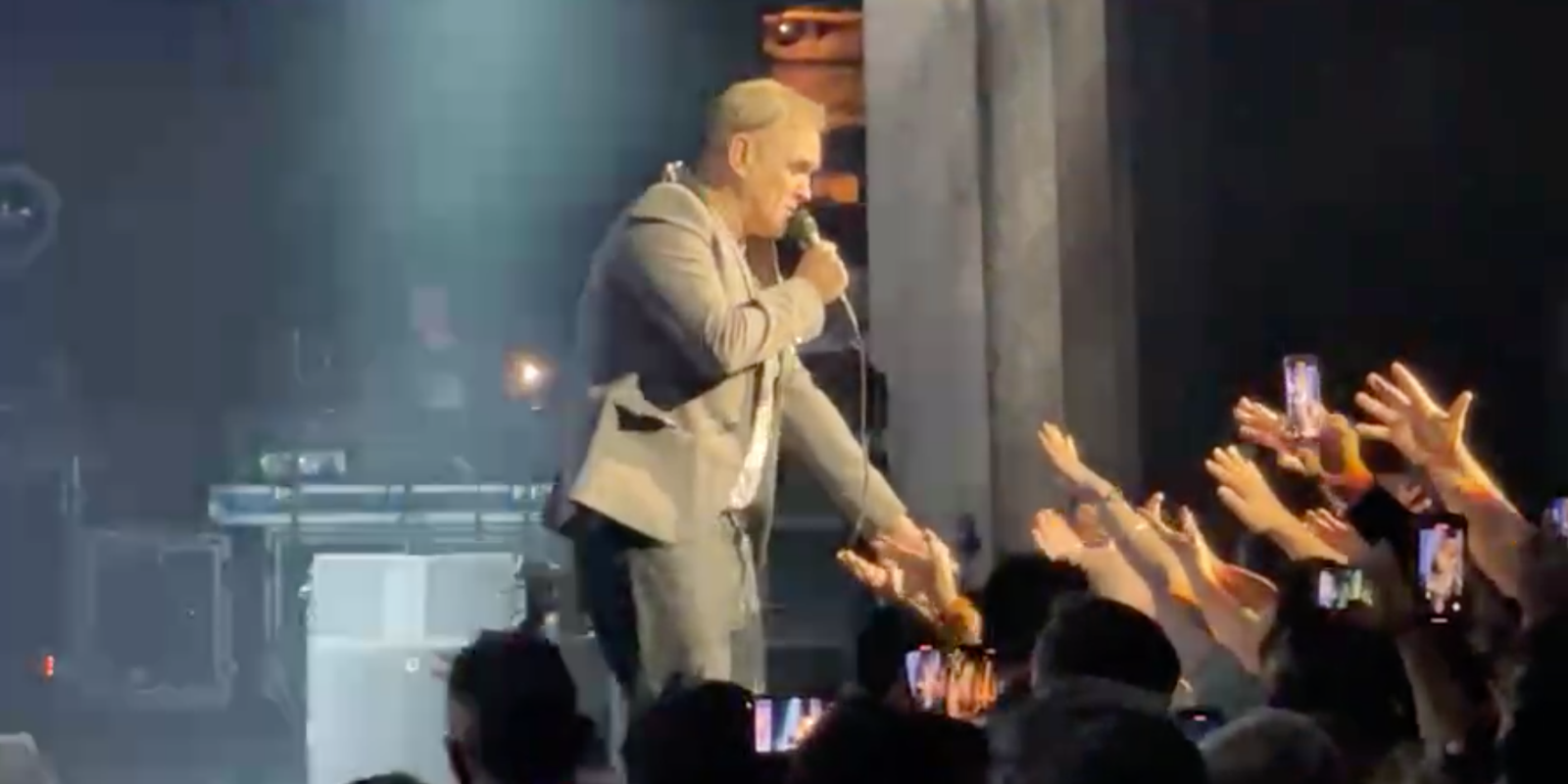 To create drama and outrage out of absolutely nothing, popular website Distractify published an article about British music icon Morrissey. In it they referred to the recent announcement that he was now the headlining act of Chicago's upcoming music festival, Riot Fest (as part of a replacement for Slipknot, who has cancelled their appearance). Going on to describe the addition of Morrissey as something that has "rightfully upset" music fans (an unsubstantiated, broad claim), the article continued onward in its negative tone, dragging the Mancunian legend through the mud by making irrelevant commentary on the artist.

Certain topics were raised by Distractify, including: Morrissey's use of the Union Jack on stage in the 90s (question—when did holding up a flag become equated with racism? Oh, that's right, only if you're British or American—although it's okay if you're the Spice Girl's Geri Halliwell on stage during the Brit Awards); an attack on Morrissey's political beliefs, including his criticism of Halal (which the author of the article also deems offensive, rather than being offended by the act of killing animals whilst un-stunned… apparently that is perfectly fine and deserving of no criticism). Not leaving things there, the article says Morrissey's animal rights stance is also worthy of backlash because he "forces" veganism on everyone at his shows (oh yes—apparently meat always being sold at shows isn't forcing meat on vegans or vegetarians, it only works the other way around).

Whilst articles of this kind about Morrissey are not unique nowadays (by now, the artist has been there, seen it, bought the t-shirt and been flogged whilst wearing it), it is hard to not—every now and then—become completely deflated when the same tired criticisms are published. For Morrissey and his dedicated, stalwart fanbase, seeing his name in a headline is usually mentally followed by the question "Oh, what are they saying he's done wrong now?" He is always criticized, this is never a surprise. Yet it seems increasingly that the apparent outrage towards Morrissey from various presses are misguided, at best, or continued more out of sheer habit (at worse).

There has been no major criticism or backlash from fans over the decision for Morrissey to become a headlining act of Riot Fest. In fact, the event organizers, clearly understanding the continued power of the artist and his fanbase, did not shy away from making his name top of the bill on their promotional posts. Furthermore, that oft recalled time that Morrissey wore a national flag on stage was almost 30 years ago now—are we really still having this discussion? He's worn and said many insightful and relevant things since—it really wasn't controversial to anyone, apart from those who would prefer to view someone's patriotism as an offense.

As to Morrissey's animal rights beliefs: this is clearly an important issue to the artist, who has worn his heart on his sleeve regarding his deep love of all species. The singer's respect for the animal kingdom, has, more than anything, been way ahead of its time since he became outspoken about it in the 80s. Rather than something to be viewed as negative (heaven forbid Morrissey can be praised for anything in the media) he is criticized for sticking to his principles in not wanting to play somewhere that is making a profit from the meat industry whilst he himself is performing there. Being moral, principled and motivated by beliefs rather than money is to be respected, not ridiculed.

In truth, this continued moral outrage from various sources when it comes to Morrissey is starting to stale. It is a stagnant narrative. People are starting to read through the fog of unrelenting criticism, and often readers are starting to question what they are being told more and more. Cancel culture and the Woke brigade are making people skeptical. This never-ending quest to undermine one of the most important singer/songwriters of our time tells us much more about the way society is shaping itself into spineless mediocrity. We don't want to be dared to think differently, we don't want to praise the individuals and free-thinkers because to stand out means to upset the easily offended creatures of uniformity.

Morrissey continues, artistically, on an upward trajectory—all this despite pushbacks from the press. Several months ago he confirmed that he had finished recording a new solo album (Bonfire of Teenagers)—he hasn't even released it yet, but he is already recording new tracks with guitarist Alan Whyte, as well as preparing himself to perform an upcoming Las Vegas residency. It's hard to live like Morrissey in these times, to embrace individual thought and independent thinking, but it seems it's more important than ever that we all try to adopt his confidence and bravery. While cancel culture and the woke mob are the voices who shout the loudest, the press would have us believe these voices represent us all—which is demonstrably untrue.

Ultimately, great art outlives our own egos, our own beliefs, our phases and fashionable labels. Morrissey's art will be revered and respected way into the future, and these little media hiccups of criticism are destined to be forgotten.