Muslim actress quotes Hitler in tweet: 'I would have killed all the Jews of the world'

"I would have killed all the Jews of the world…but I kept some to show the world why I killed them." 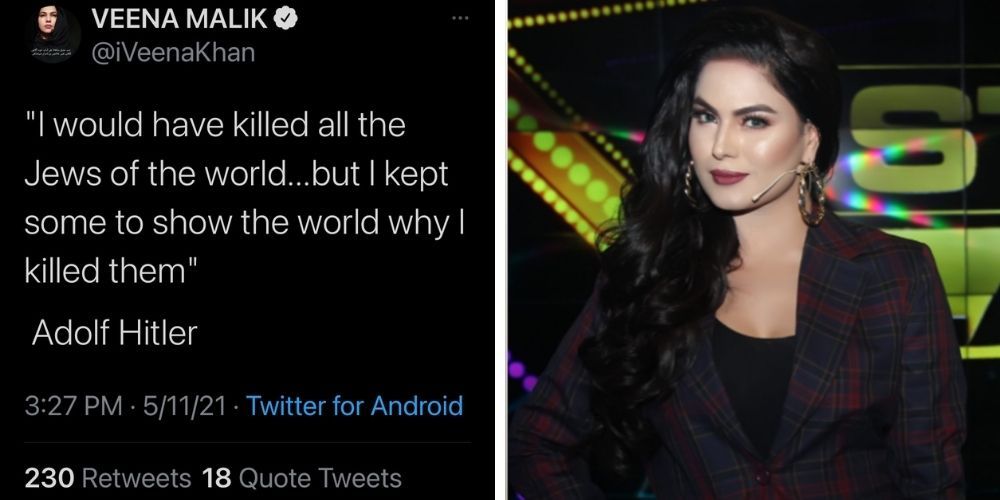 A Muslim actress from Pakistan tweeted a quote she attributed to Adolf Hitler referencing killing Jews as clashes between Israel and Hamas continued.

According to her website, Zahida Malik (37), known as Veena Malik, has at least two decades of work experience which includes hit Bollywood and Lollywood films. She made her film debut in 2000 with Sajjad Gul’s Tere Pyar Mein.

While the quote the actress tweeted Tuesday that she attributed to Hitler appears to be made up, the intent is quite clear. "I would have killed all the Jews of the world…but I kept some to show the world why I killed them."

According to her website, the actress also claims that she has has been an ambassador for a number of United Nations programs, the Red Cross, Shaukat Khanum Cancer hospital, and recently spearheaded a breast cancer awareness campaign.

She also claims to be a motivational speaker and known for "her brave stances on a number of issues."