Natalie Portman’s protest for women directors who weren’t nominated for an Academy Award this year was in gold embroidery on her very expensive dress. 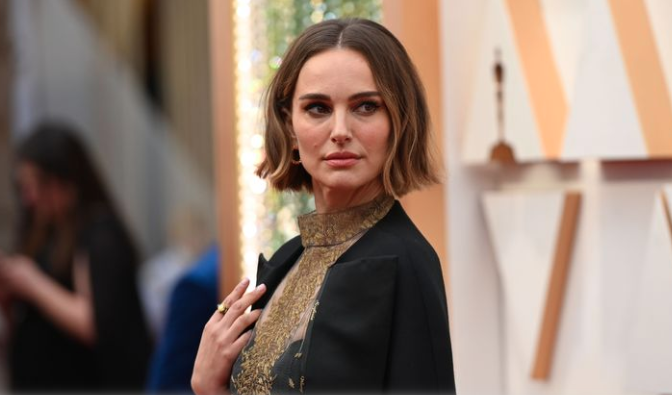 Natalie Portman’s protest for those women directors who weren’t nominated for an Academy Award this year was in subtle, gold embroidery on the edge of her custom Dior cape. This is just one of the many areas that a lack of diversity in the Academy Awards was called out by those who walked the red carpet.

“I wanted to recognize the women who were not recognized for their incredible work this year in my subtle way,” Portman told an interviewer on the red carpet. Her stunning and brave protest was well noted around the web.

The directors she listed on her cape were for a host of movies I didn’t see this year. Notably, I didn’t see any of the Oscar nominated movies this year. So basically, I snubbed all the directors, including those men who were nominated, so I am an equal opportunity Oscar snubber.

I think we can all agree that one of the most tragic blows to feminism is when 8 female Hollywood film directors don’t get nominated for a big award. It’s shameful, and it’s bold of Portman to point this out in gold on Dior.

It’s about as bold as a Bernie sticker on a Bentley. Or complaints that Faberge Eggs aren’t sourced cage-free and organic. Or wanting mink to be killed humanely before their fur is made into coats. Or holding charity galas to end poverty. Or when Mercedes used Janis Joplin’s song to sell cars. Is it hypocrisy to combat inequality at the highest levels of society with the most haute of couture fashion houses? How much can one little cape really take on?

Lots of people loved it.

Still others decried it as just another sign of white feminism, which is that thing where white women fight for women’s rights first instead putting every other social justice cause first.

But the Academy of Motion Picture Arts and Sciences is not the big bad monolith it was once considered to be. There are about 8,500 eligible Oscar voters in each of 17 categories, from editors to actors and everything in between. Voters in each category vote for the best in that category, and then the top picks from each category are voted on by everyone.

Should those 8,500 people be given guidelines along with their screeners to make sure that they are adequately taking the gender of directors into account when they are casting their votes? Should these voters be doing something other than voting for those films and artists that they feel are the best, in their humble estimations?

Diversity of gender in the best director category was not the only place where artists and the audience had complaints. The Academy knew it, and they didn’t seem super happy about it either. In fact, they had Utkarsh Ambudkar pop up for some freestyle rap to give a rundown of the diversity scorecard of the show thus far.

This same diversity question comes up at every awards show, including this year’s British Academy of Film and Television Awards, where even Prince William felt compelled to remark upon the lack of diversity in an awards show for which he has been the president for a decade.

No one wants this problem, not the awards shows, or their executives, or the artists, or the audience. But they don’t know how to fix it. It would be more than unfair to have categories specifically for minority artists, or to consider an artist’s race, ethnicity in determining an award. There are separate categories for male and female artists, and Portman’s cape begs the question of whether there should be separate sex categories for all the categories. Should there be best female editor and best male editor? Best female director and best male director? Best Black female director? Best South Asian transgender costume designer?

It seems absurd, but what is really being asked, and what is the accusation? Is it that the 8,500 Academy Awards voters are all racist and misogynist? Is it that an artist’s background be given weight or demerit (in the case of white men) toward their score?

Portman’s cape claims these women were snubbed. But there’s no way to know who they were snubbed by. The Academy doesn’t know, the voters don’t know, the audience doesn’t know. All we know for sure is that many people thought the Academy Awards had the appearance of unfairness. But we don’t know anything at all about if it was actually unfair, or if it only looked that way from the red carpet