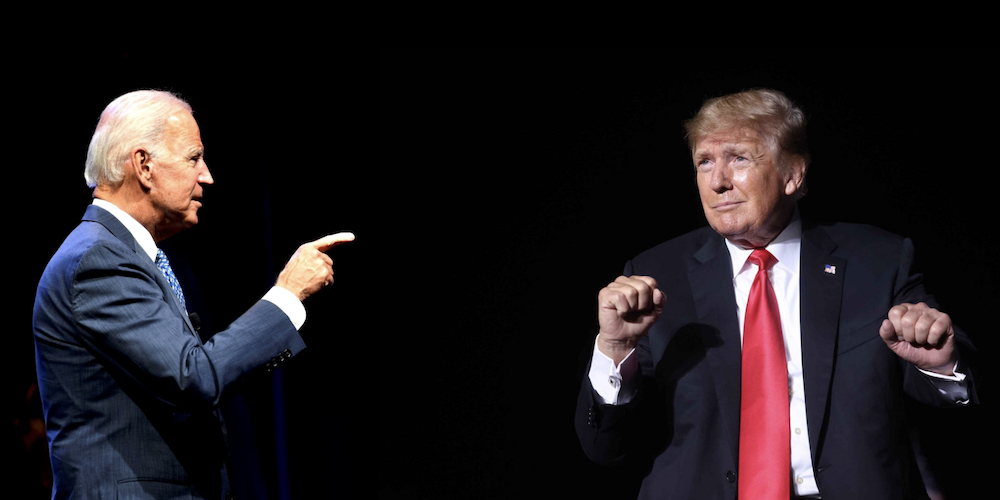 Emerson College surveyed Americans on a variety of issues, from daylight savings time to inflation, as well as their opinions on President Biden and his predecessor Trump.

The results showed that more voters had a favorable view of the former president compared to the current.

When asked how they feel about Trump and Biden, 59 percent said they were "somewhat or very favorable" of the former, with only 47 percent answering similarly for the latter.

Results showed that if Trump and Biden were to go head to head in the 2024 election, Trump would be the favored choice at 45 percent, with Biden receiving 42 percent of support.

There was, however, a stark rural versus urban divide, with Trump dominating the former, and Biden the latter. Preferences also differed based on education, with more voters with college degrees supporting Biden.

According to the poll, amid rising inflation and geopolitical uncertainty Biden still managed to gain a point in his approval rating since February, rising to 43 percent. That being his said, his disapproval rating still sits at 49 percent.

While Americans were divided on most subjects, there were two issues that garnered a plurality of support. When asked whether Daylights Savings Time should be permanent, and if the US should accept Ukrainian refugees, 74 percent and 69 percent, respectively, said yes.