The recently released AG report revealed that members of Cuomo's office sought assistance from Human Rights Campaign president Alphonso David and Time's Up co-founder Roberta Kaplan to smear one of the governor's accusers. 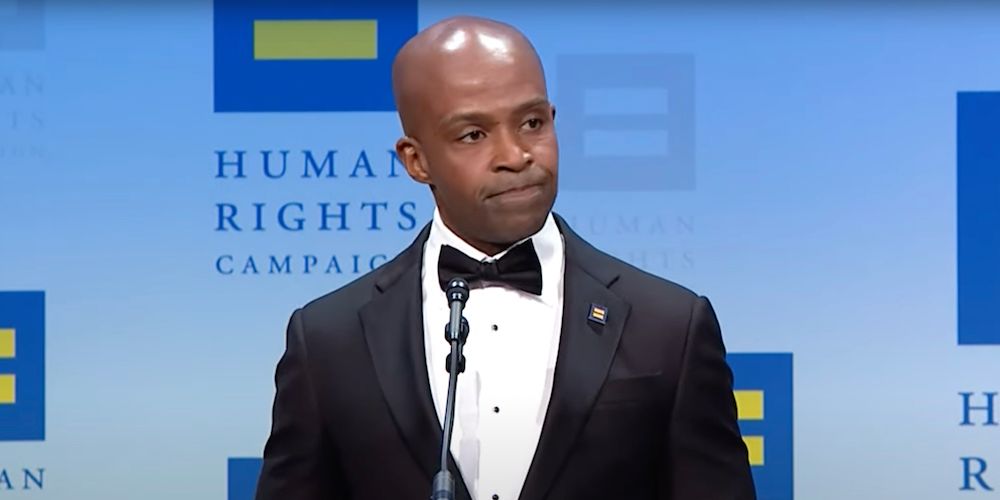 The report stated that 2 members of Cuomo's administration, Richard Azzopardi and Melissa DeRosa, leaked information about one of the governor's accusers with the help of Alphonso David.

David is currently the president of Human Rights Campaign, the country's largest LGBT advocacy group, but previously served as a legal advisor to Gov. Cuomo. The report found that when one of the governor's accusers, former aide Lindsey Boylan, came out publicly with her story, DeRosa got in touch with David in hopes of getting dirt on her.

According to the report, David had taken disciplinary measures against Boylan while they both worked in the Cuomo administration, and kept that information with him even after leaving his position. David testified that he held on to Boylan's "confidential" files because they "may have been the only instance where [he] was actually involved in a counselling of an employee when [he] was in the Executive Chamber." It was found that he shared those files with Azzopardi.

The report stated that on December 13, the day Boylan tweeted that Cuomo had sexually harrassed her, Azzoparadi sent her files to the Associated Press, New York Times, and the New York Post.

The next day, Azzoparadi sent the files to The Hill, CBS, and NY1 News. He testified that "the Executive Chamber had disclosed the Confidential Files 'in order to correct demonstrably false information' about the circumstances of Ms. Boylan’s departure from the Chamber."

According to Outspoken, HRC president Alphonso David has long "raised eyebrows" with his actions appearing to protect Gov. Cuomo. In 2018, for example, the HRC campaigned against lesbian and Sex in the City star Cynthia Nixon during her run for governor of New York, working instead to get Cuomo re-elected.

The nation's largest organization for LGBT conservatives, Log Cabin Republicans, released a statement condemning David and the HRC. "It should disturb every corporate donor to the HRC," they said, "that its president Alphonso David colluded with Governor Cuomo to smear one of the women Cuomo sexually harassed. Alphonso David’s behavior is disqualifying and he should resign immediately." They went on to slam the HRC for its hypocrisy, as it "champions left-wing Democrats–apparently even those guilty of sexual harassment–and bullies anyone who gets in their way."

David is not the only "progressive" activist to have assisted Cuomo's team. The report stated that DeRosa and Azzopardi drafted an op-ed that "denied the legitimacy of Ms. Boylan’s allegations, impugned her credibility, and attacked her claims as politically motivated," then sent it to David, as well as Roberta Kaplan. Kaplan is a lawyer, and co-founder of Time's Up, a group set up to help victims of sexual harassment in the workplace. According to the report, Kaplan, who is now acting as counsel to DeRosa, thought the op-ed was "okay with some changes."

Time's Up, who claim to be champions of the #MeToo movement, released a statement on the report, and while they demanded accountability from Cuomo, there was no mention of Kaplan's involvement. Similarly, Alphonso David called on Cuomo to resign, but left out the fact that he himself had assisted in smearing one of the accusers.

"We also conclude" the report continued, "that the Executive Chamber’s culture—one filled with fear and intimidation, while at the same time normalizing the Governor’s frequent flirtations and gender-based comments—contributed to the conditions that allowed the sexual harassment to occur and persist.  That culture also influenced the improper and inadequate ways in which the Executive Chamber has responded to allegations of harassment."