In a televised address, Governor Hochul stated she would partner with "all levels of government" and that she is "working now on getting this done." 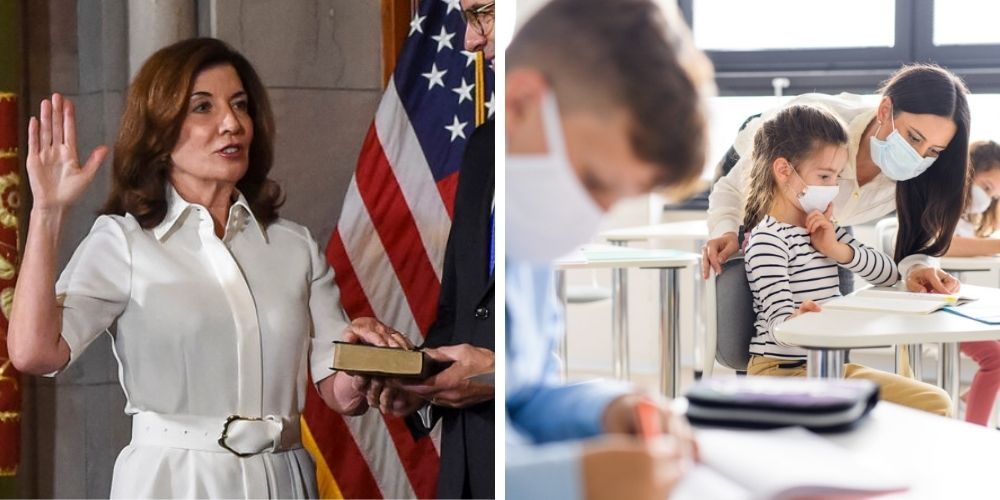 Only hours after being installed as the new governor of New York, Kathy Hochul has called on state health officials to impose a universal mask mandate in schools. According to The New York Times, Hochul also wants to impose COVID vaccine or test mandates for school staff.

In a televised address, Governor Hochul stated she would partner with "all levels of government" and that she is "working now on getting this done." As her first televised address as governor, Hochul expressed great concern around the well-being of children and the Delta variant.

"Priority No. 1: We get children back to school and protect the environment, so they can learn and everyone is safe," Ms. Hochul said.

Prior to Hochul swearing-in, now-disgraced former Governor Andrew Cuomo expressed support for the mandate. In his exit speech, he said teachers "must be vaccinated for their protection and for our children's protection."

However, a union called New York State United Teachers opposes this plan. "We have advocated since the beginning of the year that any educator who wants a vaccine should have easy access to one," the union said in a statement.

The union continued and highlighted, "what we have not supported is a vaccine mandate."

Governor Hochul's announcement comes just a day after New York Mayor Bill de Blasio announced a mandate for all employees of the city's Department of Education to receive at least one dose of a coronavirus vaccine by September 27.