A New York Times book reviewer called herself out as unqualified to review the book she was reviewing, and then said the author shouldn’t have written it. 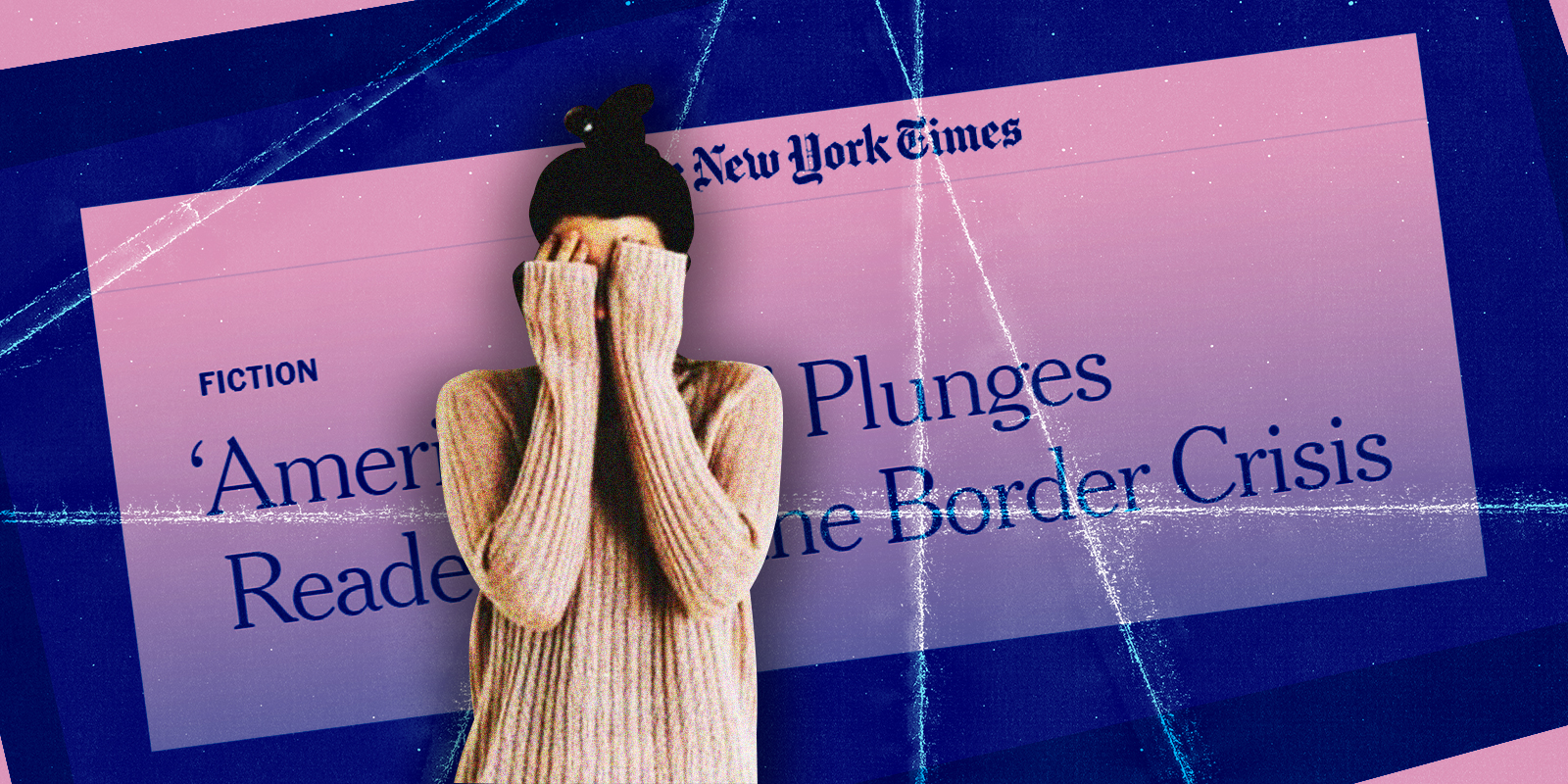 A New York Times book reviewer called herself out as unqualified to review the book she was reviewing, and then said the author shouldn’t have written it. The charge against the author is cultural appropriation, the charge the reviewer levels at herself is the maintenance of the white gaze. The weirdest part? She seems to have liked the book. Lauren Groff wrote about Jeanine Cummins’ American Dirt, a novel about mother and son refugees from a violent Mexican drug cartel.

It is frankly mind-boggling to see this in print. It should fill us with hope, not anxiety, that the wealth and breadth of human experience allow us to understand the experience of others. People are not as different as we have conditioned ourselves to believe they are. The most imperialist thing of all is to assume that we can’t understand one another because our backgrounds and skin colours are different. The Civil Rights movement fought against objectification based on skin colour, and now The New York Times and their cadre of anxious writers are bringing it back.

Groff found the narrative to be powerful, notes that she felt afraid for the danger the main characters faced but then states this absurd concern:

“But another, different, fear had also crept in as I was reading: I was sure I was the wrong person to review this book. I could never speak to the accuracy of the book’s representation of Mexican culture or the plights of migrants; I have never been Mexican or a migrant. In contemporary literary circles, there is a serious and legitimate sensitivity to people writing about heritages that are not their own because, at its worst, this practice perpetuates the evils of colonization, stealing the stories of oppressed people for the profit of the dominant. I was further sunk into anxiety when I discovered that, although Cummins does have a personal stake in stories of migration, she herself is neither Mexican nor a migrant.”

American Dirt made The New York Times list for highly anticipated books, but even the author questions her own authority to write the book. In the afterword, per a contrasting review from Parul Seghal, Cummins wrote “I wished someone slightly browner than me would write it.” Seghal didn’t like the book, because she didn’t think it achieved its aims. That’s fair. What isn’t fair is judging a work of fiction by the colour of the author’s skin.

It is a nauseating inclination to question her own inspiration. The colour of her skin has nothing to do with the story she felt compelled to write. Once she had the idea, should she have shopped it around to writers who were “slightly browner” to see if they wanted to tell it instead? Writers have their own stories that they want to tell. Cummins had this one. She told it. Groff had a review to write. She wrote it, but she questioned the validity of her voice, and the author’s, the entire time.

Groff ties herself up in knots, chastising herself for liking a book she thinks she shouldn’t have written about because her skin colour doesn’t give her the authority to do so. To put that in perspective, a New York Times writer, an author, an intelligent, educated, intellectual person, believes that there is more authority in the perceived experience of her skin colour than in her own voice.

Cummins did exactly what social justice rhetoric would say she ought to do—use her place of privilege to speak of the social ills affecting underrepresented voices in our culture. In using her voice to elevate the plight of Mexican refugees, she brings Groff, for one, a greater understanding of that horror.

If authors can’t call attention to anything other than their own experience, if authors have to colour within the lines of their own skin tone, then their only other option is to stop writing, to give it up, to do something else. But ideology cannot dictate our life choices, and the odds are that if Cummins didn’t write this book, no one else would have. Is there no value in telling the story of a mother and child forced to flee their home under threat of death? The story itself is more essential than who wrote it. And for sure it gave Groff some new perspective, even if she thinks it’s poisoned by her white gaze.

Cultural appropriation is a term best levelled at basic girls and boys in madras bikinis wearing native headdresses and platform Tevas at Coachella, not well-researched novels that give insight to the plight of refugees traversing America’s southern border.

This hand-wringing over whether or not we can think for ourselves or have to think in accordance with a mob mentality that diminishes our intellect in favour of social justice norms has got to stop. An author’s lived experience is not their only palette. Skin colour is not authoritative.