The suspect was arrested at his home after being found on his bed holding "what appeared to be a machete on his chest," the docs said. He then confessed to law enforcement and said, "it had to be done" because Hasidic Jews "are the real devils," according to the police report. 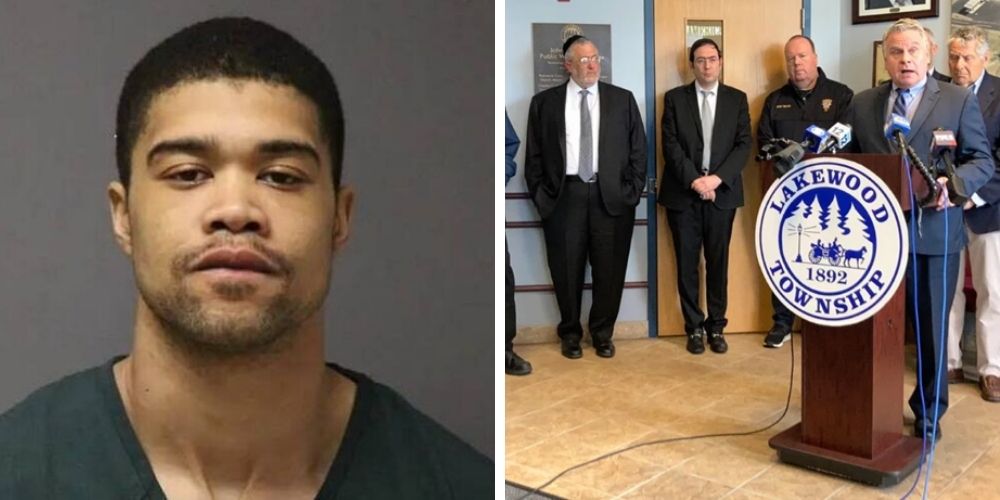 A New Jersey man went on a hours-long antisemitic violent crime spree on Friday, targeting Orthodox Jews and previously warned his family to expect "a blood bath," and called Jews "the real devils," according to police documents.

According to authorities, shortly after 1 PM near Dr. Martin Luther King Drive and Pine Street, the suspect forced a driver out of his Toyota Camry and assaulted the driver before fleeing in the vehicle. Court documents show that the suspect was caught on video attempting to carjack two other vehicles.

At approximately 6 PM, a person was reportedly hit by a vehicle near Carlton and Central avenues in Lakewood, according to law enforcement. At the same time, police received a call from a father who said someone tried to pull his son into a vehicle, though Marsh has not as of yet charged in that incident.

Just before 7 PM, as the Jewish Sabbath was beginning, Marsh allegedly stabbed the Jewish man in the chest near Pine Circle Drive and Lakewood-New Egypt Road and fled, according to authorities. Lakewood is a majority Orthodox Jewish community. Over two-thirds of the 100,000 residents are Orthodox Jews.

According to court documents, around 8:20 PM, another pedestrian was run down in Jackson and police found the same Toyota Camry that was carjacked earlier in Lakewood was used in the attack.

According to police, two of his victims, including the Orthodox Jewish man who was stabbed in the chest, were listed in critical but stable condition.

Court documents obtained by NJ.com revealed that Marsh was identified after an anonymous tipster informed authorities after recognizing him in security video of the carjacking.

The documents stated that a family member told police that Marsh recently separated from his girlfriend and warned them that "…it’s going to be a blood bath."

Marsh was arrested at his home after being found on his bed holding "what appeared to be a machete on his chest," the docs said. He then confessed to law enforcement and said, "it had to be done" because Hasidic Jews "are the real devils," according to the police report.

Marsh appeared in court Wednesday went on a profanity-laced rant during the virtual hearing. The judge was forced to mute Marsh because he refused to remain quiet. Marsh is scheduled to be back in court next week.