"I will fight for and protect the rights of all citizens, including those in the LGBTQ community to express themselves however they want." 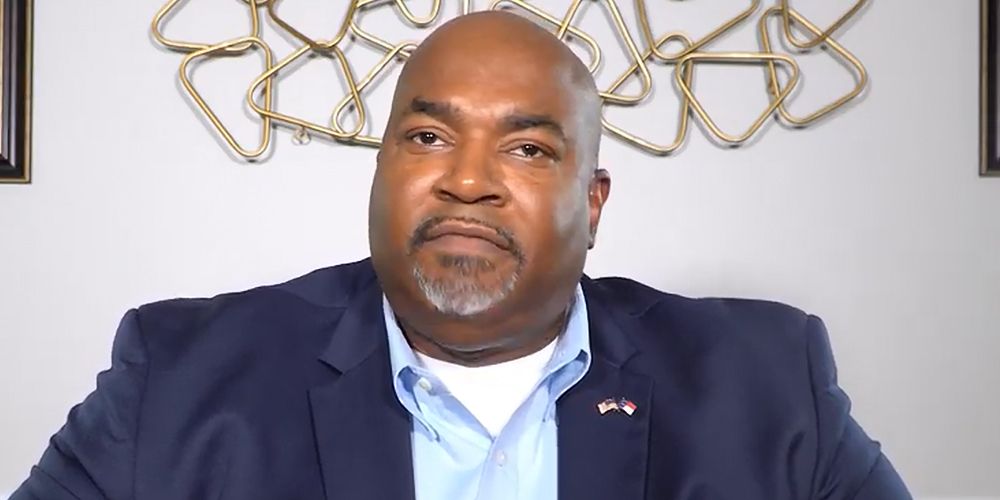 North Carolina Lt. Governor Mark Robinson publicly clarified that he’s happy to fight for the LGBTQ community in his state. The concern he has is with sexually explicit material that the public school system is allowing young people to access and be influenced by.

Democrat Senator Jeff Jackson last week, while sharing a video from the partisan Right Wing Watch Group, called for the resignation of North Carolina's Lt. Governor over what he says is the clip depicting Mark Robinson "angrily" referring to the LGBTQ community as "filth."

Even in the clip itself Robinson makes reference to materials being circulated in the public school system.  At the end of the Right Wing Watch clip, Robinson even said he was willing to further explain and clarify what he meant.

The Human Rights Campaign, a State Senator, and their Attorney General have all condemned the original clip.

Given the recent uproar, North Carolina’s Lt. Governor decided to take it upon himself to do just that.

Mark Robinson posted the following video to Facebook back on Saturday.

The first thing North Carolina’s Lt. Governor does, is making it clear that he’s not some anti-LGBTQ bigot.

"For several days now I have been viciously attacked because of a clipped video where I talk about removing the sexualization of children from the classrooms in our public education system. Of course, the media and those on the left have tried to change the focus from education to the LGBTQ community. Specifically, that I hate them. Let me be clear, I will fight for and protect the rights of all citizens, including those in the LGBTQ community to express themselves however they want. That is their right as Americans and I don’t think that government has any role in telling them otherwise."

Here’s a link to the 254-page report from Lieutenant Governor Mark Robinson that backs up his claim that Robinson’s personal concern is about what’s being taught in public schools.

"However, the idea that our children should be taught about concepts of transgenderism and be exposed to sexually explicit materials in the classroom, is abhorrent. Earlier in the year, my office released a report about indoctrination in public schools."

The report opens up with concerns from parents and educators who disagree with the culture of politicization radicalizing the public education system.

"In it, there was reference to a book titled ‘George’ that a parent found in their child’s school. The book is recommended for elementary school students. The main character is a biological boy in an elementary school who wants to remove his genitals so he can become a girl."

Here’s a picture of that page.

"This book is not the only example. In ‘Lawn Boy’ there are sexually explicit content, including an animal performing sexual favors on a human," Robinson says.

I came across a story from September of this year talking about how a library removed "Lawn Boy" from their school library for its sexually explicit content.

They removed both "Lawn Boy" as well as the next book that Lt. Gov. Mark Robinson brings up. Robinson mentions how ‘Gender Queer’ is currently in circulation in public schools.

He then posted the following images on the screen.

Robinson has this to say to viewers in the meantime.

"Now as you look at these photos, I challenge you to describe them as anything other than filth. These materials do not belong in public schools. For those who are calling on me to resign, for those saying I don’t represent North Carolina values? Let me ask you something — does forcing these on children represent your values? Do you really believe that these images should be shown in the classroom?"

In his closing remarks, Mark Robinson says he won’t resign from office.

"This whole thing has been an attempt to once again change the argument, and silence voices on the right. Well let me tell you plainly. Right here, and right now. I will not back down. I will not be silent, and I will not be bullied into submission. I will continue to fight for the rights of our children to receive an education that is free from sexual concepts that do not belong in the classroom, and I don’t care who doesn’t like it!"