This book promoting riots is a number one new release on Amazon, a mega-corporation that benefits every time a local shop gets torched. 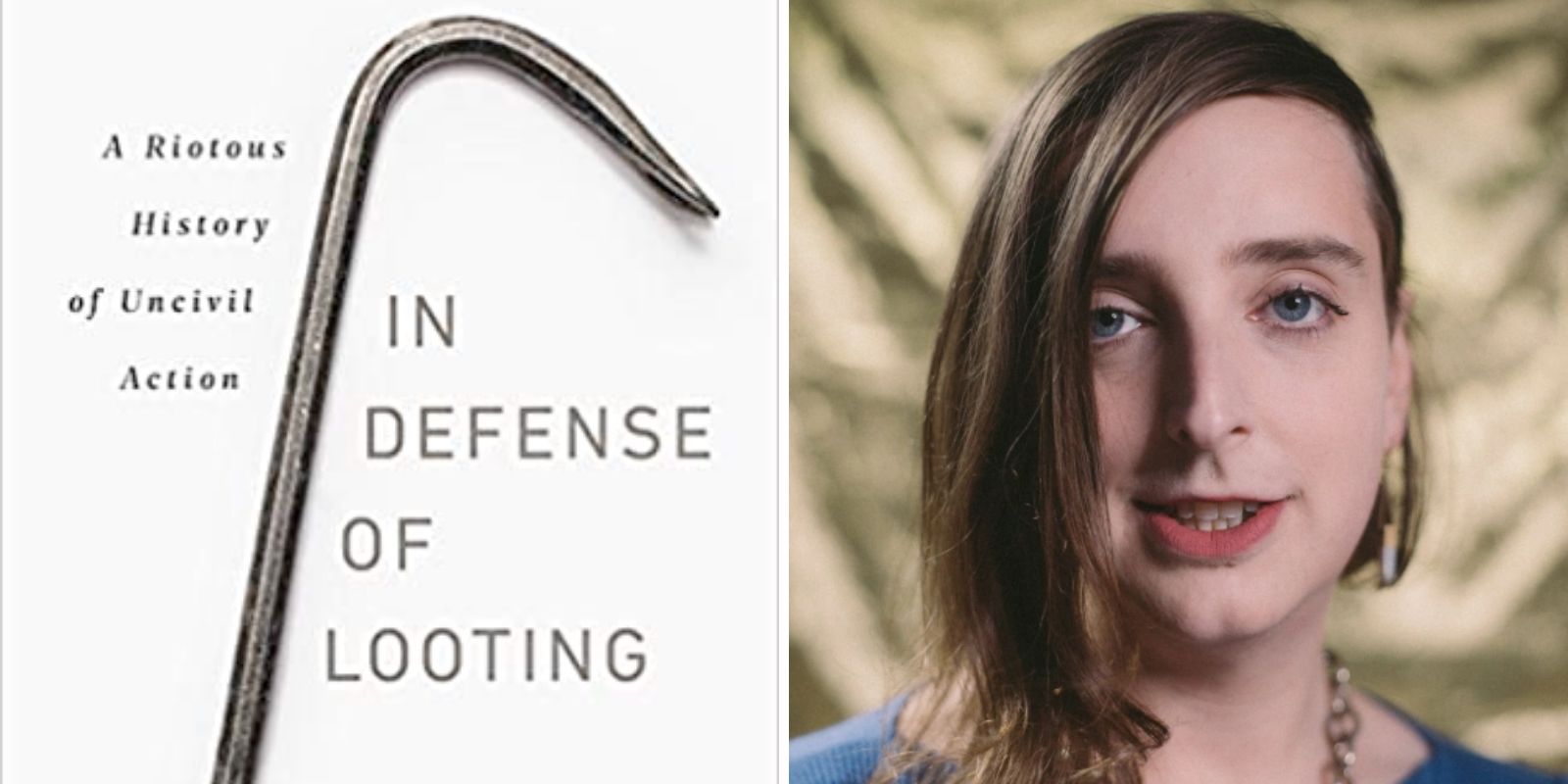 Vicky Osterweil's new book, In Defense of Looting: A Riotous History of Uncivil Action, is a social justice justification for property damage and theft. This book promoting riots is a number one new release on Amazon, a mega-corporation that benefits every time a local shop gets torched.

Osterweil's book is a celebration of looting in the name of anti-racist action directed at dismantling whiteness and property ownership.

Speaking to NPR's Natalie Escobar, Osterweil made the point that looting during the course of riots is a redistribution of wealth, not theft, and that property damage, too, is simply a way to reapportion assets which she deems necessary in an unequal society.

Osterweil claims that looting is what happens when people want to express that society isn't working. She defends it as a "mass expropriation of property, mass shoplifting during a moment of upheaval or riot." This is nonviolent, she claims, no one gets hurt, "it's not a home invasion…"

The gaslighting Osterweil wants us to believe is that the "mass shoplifting" events we have seen in Seattle, Minneapolis, Philadelphia, New York, Portland, Kenosha, Chicago, Atlanta, Washington, DC, and so many other American cities were not undertaken by force.

For Osterweil, whose book is graced with a glossy crowbar, smashing windows, ripping down plywood, breaking into shops and taking that which does not belong to you, is perfectly fine. In fact, she believes that the term "looting" is racially based because the word comes from a Hindi root.

To those who are in the streets committing mass theft, Osterweil attributes the lofty goals of socialist property redistribution towards a more equitable society. And she has no concern, even remotely, for the people who were hurt during the riots and looting.

David Dorn died at the hands of looters and his death was live streamed to Facebook. For Osterweil, Dorn’s death was merely collateral damage in service to a greater cause. His family are suffering a deep loss because criminal thieves believed that their right to property was more important than Dorn's right to life.

Osterweil says looting attack on white supremacy, because that’s how the social justice left gives authority and credence to all criminal activity in service to their cause. She claims that "Looting strikes at the heart of property, of whiteness and of the police. It gets to the very root of the way those three things are interconnected."

She not only justifies the riots and looting, but lauds them for giving people "an imaginative sense of freedom and pleasure." This mass destruction of "riots and looting are experienced as sort of joyous and liberatory."

We have lived with a basis of morality in the US, one in which parents, black and white, teach their children not to take joy in the misfortune of others. But that is gone.

While mainstream media demanded that the public differentiate between protestors and rioters, Osterweil said that this distinction is only made to make the protestors "appear respectable" to white people, to show their movement as "politically viable."

It is looting, which she calls "basically nonviolent," however, that "immediately provides" the ability for "poor people who want to live a better life."

In part, she claims that this is the case because "Most stores are insured; it's just hurting insurance companies on some level. It's just money. It's just property. It's not actually hurting any people."

She clearly has no understanding of how an interconnected, capitalist economic system works. Either that, or she has no problem seeing the entire social structure crumble to the point where no one has anything, hard work is mocked, and people scrabble and steal from each other to fill their own pockets, with no concern for their fellow citizens.

This entire sordid story is a perfect encapsulation of what's wrong in American society today. The author is a privileged member of the chattering class. She advocates for the destruction of hard-working Americans’ businesses.

Her book is then sold on Amazon, the mega corporation that benefits the most from the destruction of small, independently owned businesses. Right now, the book is a number one new release on Amazon. The people are frustrated and appalled and it has a rating of one star. But it doesn't seem to matter what regular people want. Amazon gets richer and the author gets to continue feeling superior and she smugly advocates for more destruction.