Amy Eileen Hamm is a nurse and contributing writer that is currently being investigated by the BCCNM for being allegedly "transphobic." 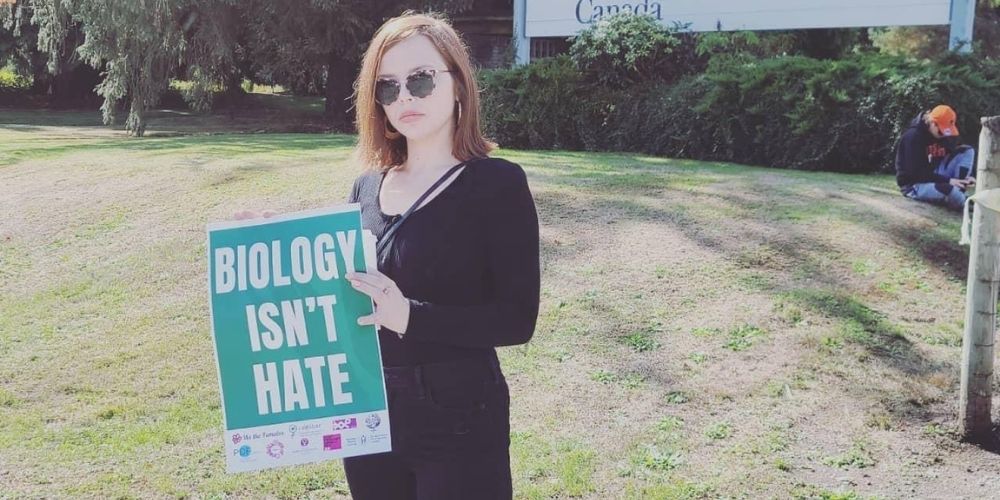 In a recent piece penned by Amy Eileen Hamm, the nurse and writer spoke on the investigation currently being undertaken against her by the British Columbia College of Nurses and Midwives for her "off-duty conduct."

Hamm said in the Quillette piece that in November of 2020, the BCCNM contacted her to inform that the nurse was under investigation for her "off-duty conduct." Hamm speaks out most prominently about the disregard for biological sex in modern society.

She noted that her disciplinary hearing is scheduled to take place from May 30 through June 3 of this year, and that "my career as a nurse hangs in the balance."

Hamm said that the "troubles" began when the BCCNM informed her that two members of the public complained that she was essentially transphobic, so she might be incapable of "provid[ing] safe, non-judgemental care to transgender and gender diverse patients."

It was noted that one of the two people who complained was social worker named Alex Turriff, who says they’ll "passionate social justice activist," and "influenced politically by Marxism." The other person who complained was granted anonymity over fears of retaliation from Hamm.

"In my decade-long nursing career, I have never had a patient complaint, or otherwise received any type of workplace discipline. To the contrary, I loved my job and worked my way into leadership roles. I have worked with countless transgender patients. I am not transphobic by any reasonable or defensible definition of that word. Yet I now could lose my job because activists claim that I am a bigot," Hamm wrote.

Hamm said that she became interested in "gender-identity ideology," around six years ago, which is "centred on the claim that one’s self-asserted gender identity should trump biological sex in all areas of service provision and policy-making."

Since then, when she was first called "TERF" (trans-exclusionary radical feminist), Hamm has gone on to write, speak, and organize events surrounding the topic of gender-identity ideology.

The item that Hamm says triggered trans activists to go after her job was the funding and displaying of a billboard in Vancouver which states: "I [love] JK Rowling."

"Nearly six months after the original BCCNM message to me—indicating 'concern' that I 'share the same transphobic views as J.K. Rowling'—I was sent 300-plus pages of 'investigation materials,' comprised mainly of my published articles and social-media posts, along with a set of questions I was directed to answer," Hamm wrote.

"The college never responded to my lawyer when she wrote to the BCCNM’s in-house lawyer, Aisha Ohene-Asante, to inquire as to whether 'the characterization of J.K. Rowling’s alleged views as ‘transphobic’ are the words of the complainant, and not yours as a representative of the College.’ Ohene-Asante did not respond to this, nor pass the file along to anyone else, so we are left with the possibility that the BCCNM has already tipped its bias," Hamm added.

Hamm explained that she had "intention of recanting my views," and in answering the question "describe any lessons learned," she wrote that "I have learned that the BCCNM does not stand up for women or their Charter [of Rights]-protected, sex-based rights."

The BCCNM reportedly tried to prevent Hamm from speaking about the investigation, saying she had a "legal duty of confidentially," though Hamm’s lawyer said that the cited legal provisions did not apply.

Hamm went public with the matter after the BCCNM didn’t respond, to which then BCCNM then attempted to get Hamm to sign a consent agreement, which would end the investigation into her.

"But I refused. The proposed agreement involved me receiving a public reprimand, signing a statement of facts agreeing that I’d made transphobic comments online, getting a two-week suspension that would remain permanently on my record, pledging never to discuss gender identity while mentioning that I am a nurse, and other assorted items (such as 'education' in regard to the use of social media)," Hamm wrote.

"The BCCNM wanted me to agree that I had breached my professional standards 'related to Ethical Practice, Professional Responsibility and Accountability, and Client-Focused Provision of Service.' But they weren’t able to articulate the manner in which I’d breached any of these standards; nor could they back up their more recent claim that I’d made 'medically inaccurate statements.' The reason they haven’t done so is because they can’t," she added.

Hamm continued on to say that she no longer loves her job, despite still caring about the patients she sees.

"…unless the ideological climate changes, I may have to find a new career (a move that, hopefully, won’t negatively affect my ability to provide for my children)," wrote Hamm.

Hamm noted that throughout the investigation, "the gender-identity culture war has gone on," with countless revelations and whistleblowers coming out in regards to transgender transitions and gender identity.

"I hate the oversimplified notion that history has a 'right side.' But it’s clear that mainstream tolerance for the demands of radical trans activists has become much thinner recently, and that common sense is eventually going to win out," said Hamm.

The nurse said that the outcome of the disciplinary hearing could result in her being stripped of her nursing license, to which she says she’ll appeal the decision in court.

"But regardless of the outcome, the process itself is a kind of punishment," she said.

"Centuries ago, scientists were sometimes persecuted by the church for rejecting holy scripture. These days, it’s secular ideologues who demand that science yield to dogma," Hamm wrote.

Hamm added that if she wins her case, "I believe that the dividends will accrue to nurses and midwives all across my province, and maybe even the whole country. The precedent will help ensure that we can call out gender-identity ideology without fear of reprisal or loss of livelihood."

Editor's note: Amy Eileen Hamm is a contributing writer at The Post Millennial.