A waitress in New York City was fired from her job after she told her employer that she wanted to wait before she got the coronavirus vaccine. 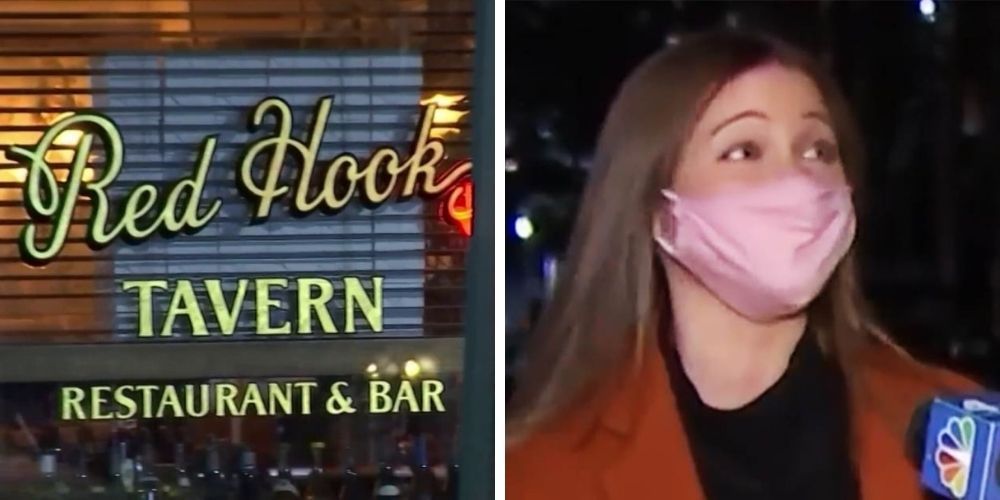 A waitress in New York City was fired from her job after she told her employer that she wanted to wait before she got the coronavirus vaccine. Bonnie Jacobson said she was terminated from the Red Hook Tavern on Monday, several days after she expressed concerns about the vaccine’s effects on fertility.

Jacobson told NBC that she and her husband are trying to have a child "I do support the vaccine. I'm not, as they say, an anti-vaxxer," and added that she felt there was a lack of research about how the vaccine affects pregnant women.

According to The Centers for Disease Control and Prevention "the actual risks of mRNA vaccines to the pregnant person and her fetus are unknown because these vaccines have not been studied in pregnant women."

In January, the World Health Organization released a statement which said pregnant women should not get the Moderna vaccine due to a lack of data. “While pregnancy puts women at a higher risk of severe COVID-19, the use of this vaccine in pregnant women is currently not recommended, unless they are at risk of high exposure.”

Restaurant workers in New York were added to the list of people eligible for the vaccine earlier this month.

Jacobson, told NBC her manager "initially understood her concerns and told her that getting vaccinated was not required." But several days later, the restaurant sent workers an email which stated vaccinations were mandatory.

"Please be advised that we will require that all employees receive the vaccination," the email, which Jacobson provided to NBC News, said. "This will be mandatory for all existing employees and any new hires. The exception to this policy will be if your own personal health or disability prohibits you from obtaining this vaccination. We encourage you to consult your healthcare professional to determine if getting a vaccine is right for you."

Jacobson provided the emails to NBC in which she replied that she did not want to get the vaccine yet. "While I fully support the vaccine and understand its importance I do believe this is a very personal choice. I really hope this choice would not affect my employment at Red Hook Tavern. Also once there is more research to support that it does not affect fertility I would reconsider my position."

According to Jacobson two days after her response, she was told that she had been fired. "It was really impersonal. I was honestly shocked," she told NBC. "My gut reaction was to just say, 'OK. Fine, I'll get it. I need my job.' But that just didn't sit right with me. I was like, 'Actually, I don't think that's right. I don't think that's the choice I need to be making here.' "

Red Hook Tavern's owner Billy Durney told NBC in an emailed statement that the situation could have been handled differently. “Once New York state allowed restaurant workers to receive the Covid-19 vaccine, we thought this was the perfect opportunity to put a plan in place to keep our team and guests safe. No one has faced these challenges before and we made a decision that we thought would best protect everyone. And, we now realize that we need to update our policy so it’s clear to our team how the process works and what we can do to support them. We’re making these changes immediately.”

The US Equal Employment Opportunity Commission in December said companies could require workers to get vaccinated against the virus but employment lawyers told NBC they had not heard of a case like Jacobson’s before. Employment attorney Felicia Ennis told the outlet, “This particular subject is a really hot topic right now. I haven’t heard of a company taking that extreme of a step.”

Jacobson told The New York Post she does not plan on pursuing legal action against her former employer and doesn’t want her job back. “Its a good restaurant, the food is excellent, the money is great [but] I think I want to take a minute for myself,” she said.