NYPD officers who were noting their support of President Trump while on the job have been suspended without pay. Those who supported BLM earlier this summer were cheered and praised. 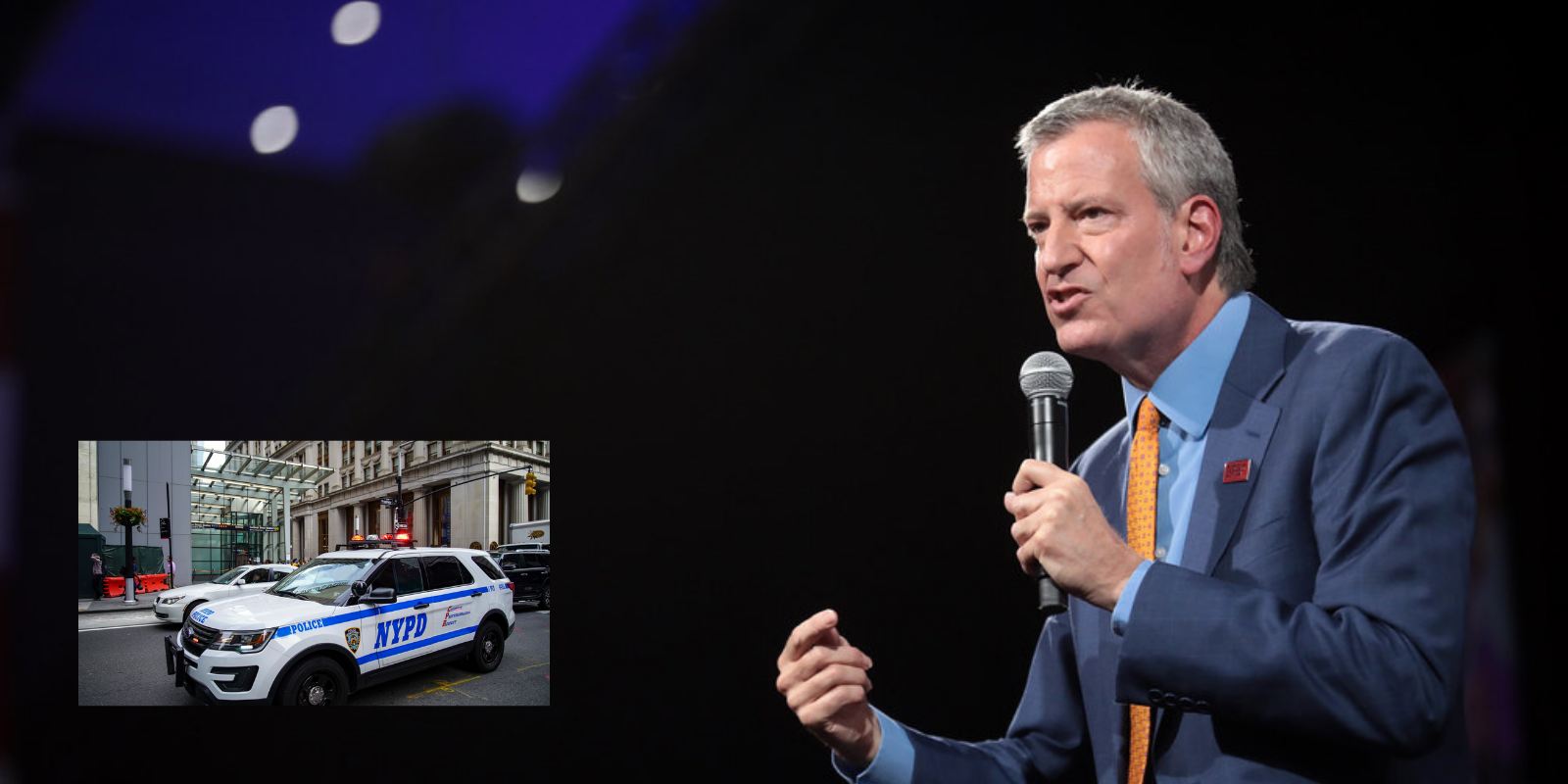 NYPD officers who noted their support of President Trump while on the job have been suspended without pay.

Those who noted their support for BLM, while on the job this summer, were cheered and praised. And Mayor Bill de Blasio made sure that officers were out on Fifth Avenue, in front of the Trump Tower, protecting his political speech—a big BLM mural painted on the street.

The officers who were suspended were caught on camera saying "Trump 2020" through the loudspeaker of the patrol car. A bystander came over to record it, commanding the officers: "Do it again. What you can't say 'Trump 2020' now you f—ing pussy?"

The officer says "Trump 2020" through the loudspeaker.

"Go f—k yourself you f—ing fascist," the bystander replies.

The NYPD issued a statement that said they were aware of the video, that they were investigating it, and that "Police officers must remain apolitical."

The NYPD released a further statement on Twitter saying that the officers involved had been suspended without pay.

Mayor Bill de Blasio made his position know, as well, saying that "ANY NYPD Officer pushing ANY political agenda while on duty will face consequences. We will act fast here, and this will not be tolerated."

De Blasio sang a different tune during the late spring and over the summer though, when those officers that kneeled with BLM protestors were not disciplined, but cheered.

NYPD officers in Brooklyn, caught up in a BLM protest, also took a knee as the crowd cheered their thanks at the officers.

These officers were not suspended without pay despite their having engaged in political speech while clearly on the job carrying out their responsibilities as non-partisan law enforcers.

This hypocrisy did not go unnoticed, nor did that revelation go unpunished.