As calls to defund the police continue across America despite a skyrocketing surge in violent crimes in cities, Oakland, California officers struggle to protect their city with dwindling resources and officer numbers. 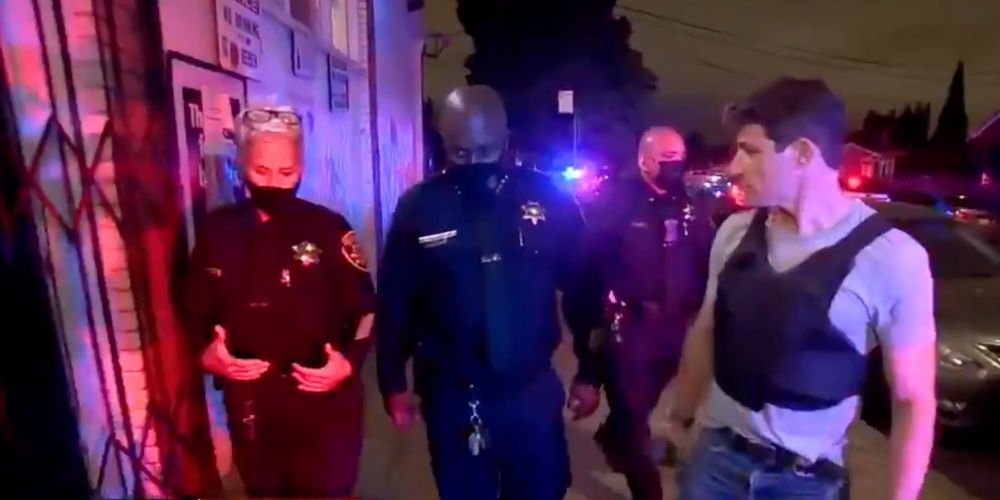 As calls to defund the police continue across America despite a skyrocketing surge in violent crimes in cities, Oakland, California officers struggle to protect their city with dwindling resources and officer numbers.

ABC’s Chief National Correspondent Matt Gutman traveled to Oakland for a ride-along to witness what officers now have to deal with on a day to day basis.

Oakland recently approved further budget cuts of their police force with the passage of a new city budget which reallocates $18 million from the mayor's proposed police budget to community organizations.

During his ride-along, Gutman said that the first call came a mere 60 seconds after leaving the precinct. The suspect was in custody when they arrived, but had dropped his gun into a park full of children. Half an hour later, another shooting takes place, with the victim dying from a gunshot wound to the head.

Lieutenant Lisa Ausmus, of the Oakland Police Department, was in charge of the eastern half of the city that day, according to ABC News. That night, she only had 38 officers on duty for a city with a population of over 425,000.

"A city of 425,065 homicides so far this year. How do you explain that?" Gutman asked Oakland Police Chief LeRonne Armstrong.

"It's clear that violence is epidemic in his community is clear that people have to easily access to firearms and are overly willing to use them," replied Armstrong.

According to ABC’s report, "a recent survey of 72 cities showing homicide up nearly 20 percent. In Chicago, nearly 80 people shot over the weekend, six of them fatally." In addition, one of the busiest areas in the country, Times Square in New York City, a suspect reportedly opened fire, hitting a bystander, who is a 21-year-old Marine.

According to ABC, the retirement rate of officers has spoked by 45 percent over the last year, contributing to Oakland, and cities across the country, to have understaffed police departments.