"These former officials - two years after Obama left office - were signaling that Iran should stand firm against America," commented Pompeo. 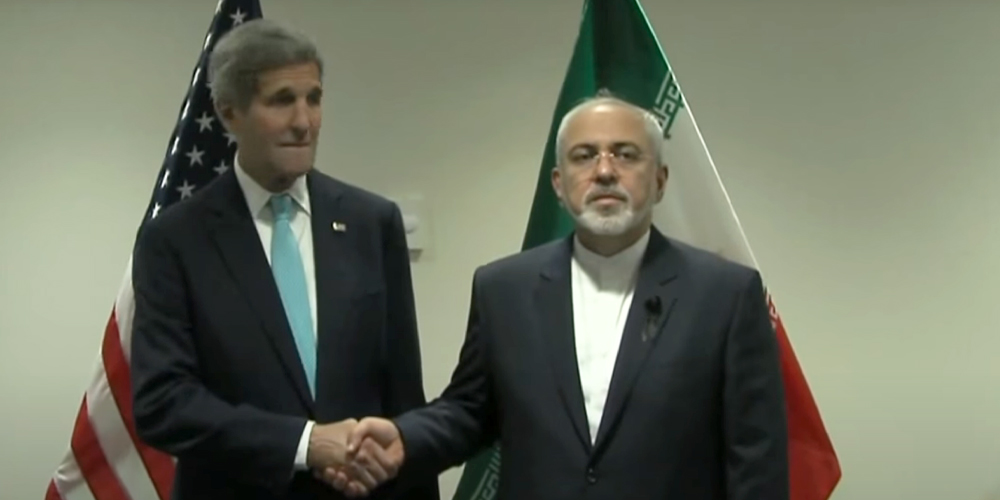 In 2018, officials from the Obama administration met secretly with Iranian officials as part of a plan to undermine sitting President Trump efforts to isolate the regime with economic pressure to get them to dispense with their nuclear programs.

A newly released memo from the State Department shows that this "off-the-record" meeting was between a delegation of former US ambassadors and Iranian foreign minister Javad Zarif at his residence in New York City.

The memo was released due a lawsuit that was brought by The American Center for Law and Justice (ACLJ) specifically to compel the State Department to come clean about their efforts during Trump's administration, reports the The Washington Free Beacon.

John Kerry, who served as Secretary of State after Hillary Clinton vacated the post, was "reported to be working behind-the scenes with Iranian officials to salvage the 2015 nuclear accord," the Free Beacon reports. This "shadow diplomacy" concerned "nuclear weapons, potential prisoner swaps, [the] Afghanistan withdrawal, and negotiations with the Taliban," according to the ACLJ.

The memo shows that Obama officials were working directly in opposition to the Trump administration during Trump's term in office, conducting meetings and pretending at an authority that they did not have.

"This memo reflects even more than we already knew about former State Department officials continuing on as if they were still in office," said Trump's former Secretary of State Mike Pompeo, who works as ACLJ senior counsel for global affairs.

"Trying, at every turn, to work with the foreign minister for a terrorist regime, Iran, to undermine the very sanctions put in place by America. It's worse than not knowing when to get off stage. Actively seeking to protect the terrible deal they struck, these former officials—two years after Obama left office—were signaling that Iran should stand firm against America," he said.

Kerry was actually trying to resurrect a deal that Trump had already abandoned. In the meeting with Kerry and Zarif, Zarif complained about Trump's policies, saying that they had increased public opinion in Iran against the US. Zarif also affirmed Iran's commitment to their nuclear enrichment program.

"The U.S. says no peace deal and the U.S. will reimpose sanctions, but the condition is zero missiles, zero nuclear enrichment. This what [John] Bolton wants," Zarif said, during that meeting, per the memo. "I know Bolton and negotiated with him years ago. His views are so radical, that we could not reach an agreement. Absolute impossibility to reach an agreement with John Bolton unless you ask him to sit down and read at dictation speed what he wants and then you sign it. He is incapable of compromise."