OnlyFans announced on Wednesday that they will be reversing their recently announced plan to ban all sexually explicit content on their platform following a backlash from many of their content creators. 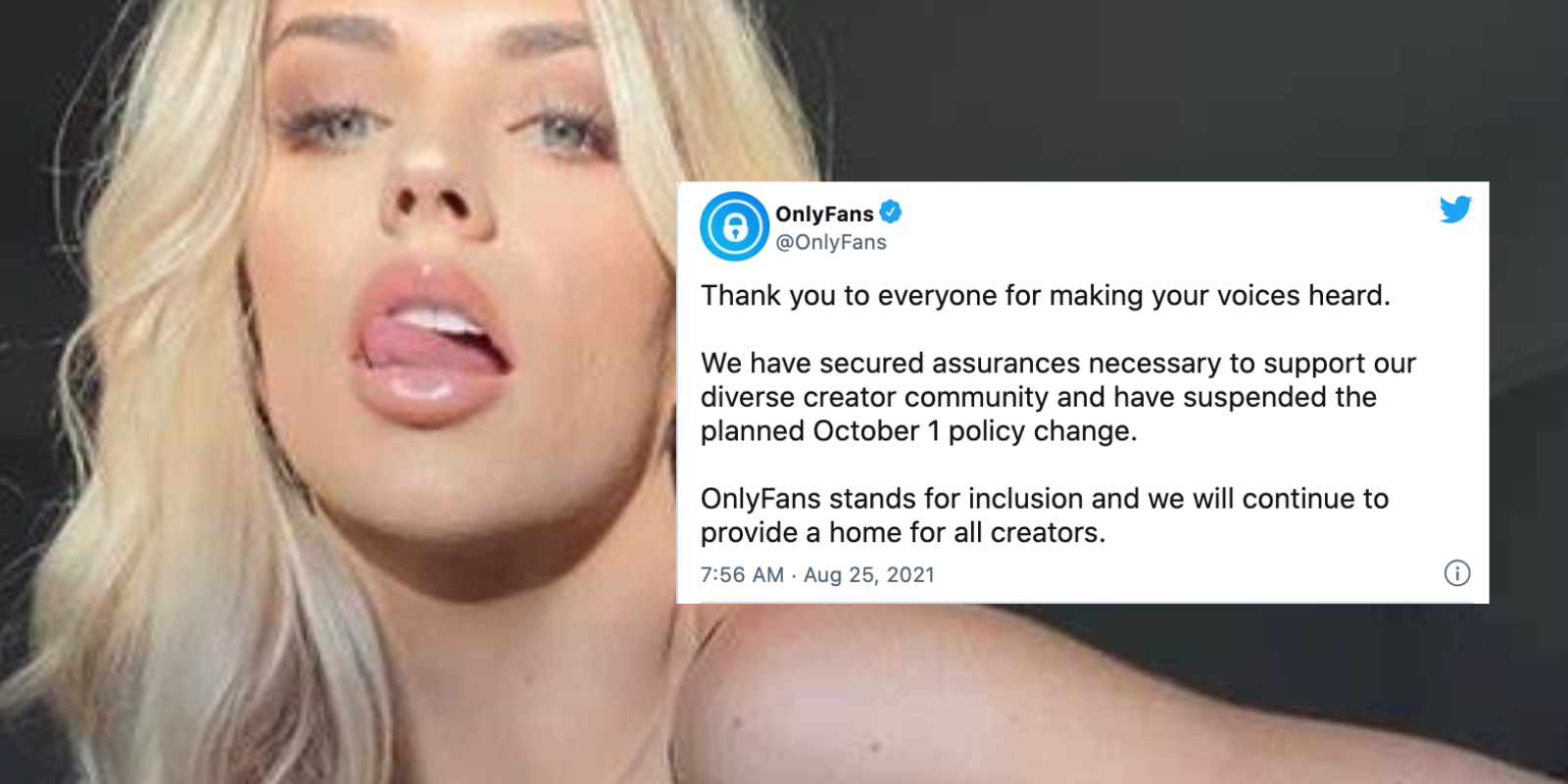 OnlyFans announced on Wednesday that they will be reversing their recently announced plan to ban all sexually explicit content on their platform following a backlash from many of their content creators.

This comes a week after they announced that the ban would be coming on October 1 to comply with the policies of their banking partners. On Wednesday through their Twitter page, OnlyFans let their content creators and fans know that they were reversing their decision, indicating that they had either been able to negotiate new terms with their current banking partners, or had been able to acquire new ones.

The reversal announced on Wednesday was met with mixed reactions on Twitter from content creators and fans. Some people welcomed the reversal, and others felt that the reversal was disingenuous.

In an interview with The Financial Times on Tuesday, OnlyFans CEO Tim Stokely blamed their banking providers for the forthcoming ban on pornographic content.

“The change in policy, we had no choice — the short answer is banks,” Stokely said. He felt that OnlyFans had been unfairly targeted by the sites banks, including the Bank of New York Mellon, Metro Bank, and JP Morgan Chase. The providers had cut their services to OnlyFans.

Many OnlyFans content creators were angry with the decision to ban pornography, taking to Twitter and Reddit to express their frustration. Some of them also spoke to news outlets, including Courtney Tillia, who said "I’m beyond disappointed in OnlyFans’ decision — angry and betrayed would be a more accurate description."

Other people, including Laila Mickelwait, the Founder and CEO of The Justice Defense Fund, welcomed the ban.