Ontario police have issued an Amber Alert for William Gooden, a missing three-year-old boy who was last seen with his mother on Monday. 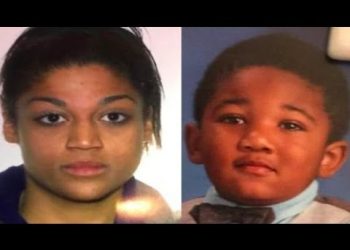 Update: William and Breana Gooden have both been found safe.

Ontario police have issued an Amber Alert for William Gooden, a missing three-year-old boy who was last seen with his mother on Monday.

William alongside his mother Breana was seen riding a bus from Sudbury to Toronto.

Police describe her as a 25-year-old black woman, 5’6” feet tall, weighing around 150 pounds, with black shoulder-length hair, and a tattoo of a lion on her forearm.

Her son was last seen wearing black pants, a blue shirt, and a red and white Montreal Canadians hat.

to Sudbury police, the two are expected to be in Toronto as of now.

People are urged to contact the OPP at 1-888-310-1122 if they have any relevant information about the whereabouts of William and Breana Gooden.