A permanent injunction was granted on Thursday, prohibiting once and for all the presence of a land reclamation camp set up by the Six Nations in Caledonia, Ont. 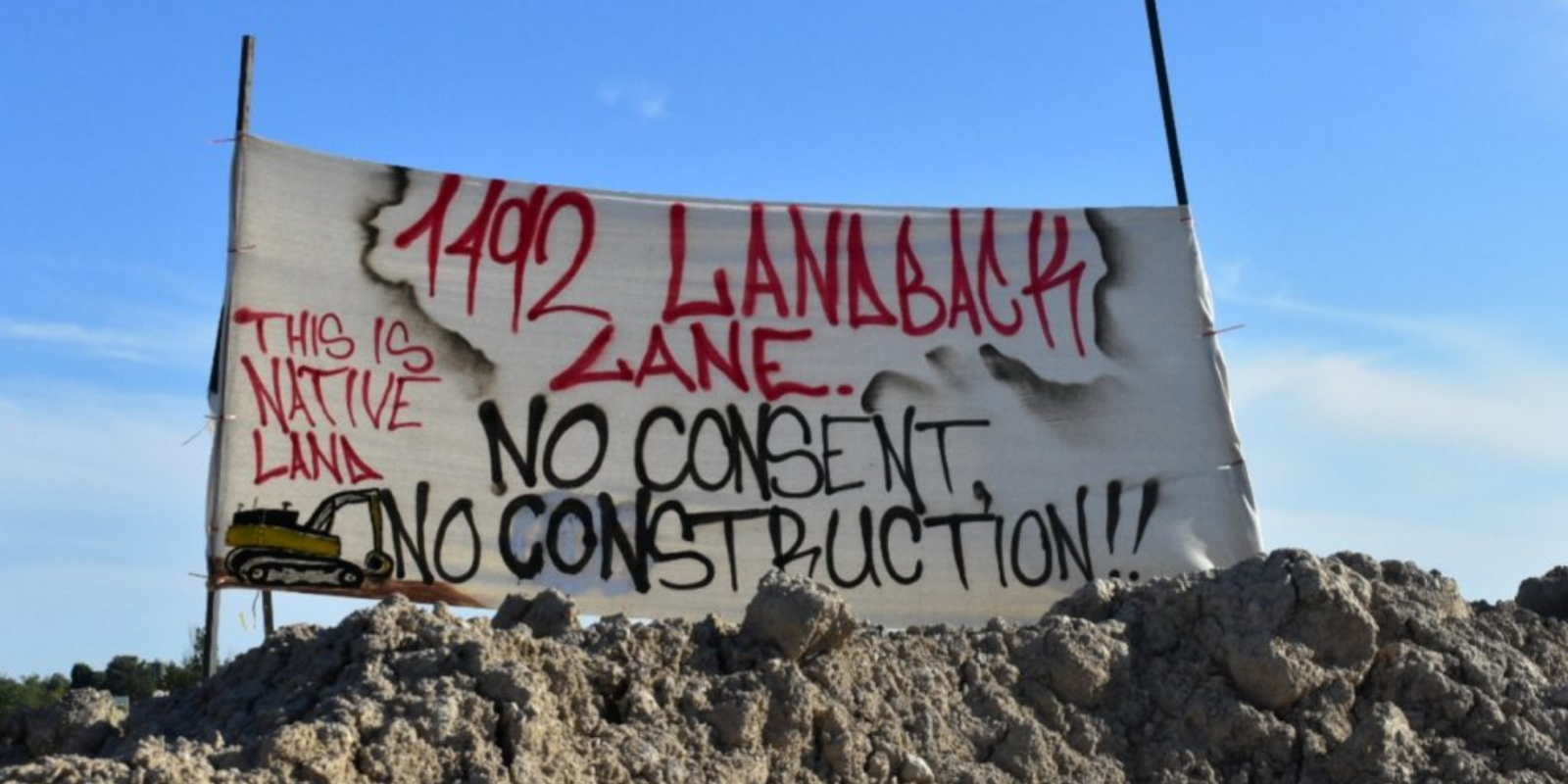 A permanent injunction was granted on Thursday, prohibiting once and for all the presence of a land reclamation camp set up by the Six Nations in Caledonia, Ont.

The land reclamation camp was set up on a site where ground has already been broken in the construction of a new subdivision. The developer, Foxgate Development, had been seeking the injunction, along with the local municipality, Haldimand County.

According to APTN National News, Skyler Williams, a person speaking on behalf of the reclamation camp, was removed from the proceedings and his submissions were stricken from the record by Ontario Superior Court Justice R.J. Harper.

"With respect to the abuses that have been put upon the Aboriginal community, the Indigenous community for many years, I acknowledge that, society must acknowledge that, the courts must acknowledge it. However, I emphasize the manner to proceed with claims and grievances in our society, in Canada, must be done respectfully, must be done in compliance with the orders, must be done by good faith negotiations… Damaging property by spray-painting them pronouncing that this land is now Land Back Lane 1492, that does not go the route of civil society by way of negotiation."

Williams had previously commented in the course of the court's proceedings:

"I am a Haudenosaunee man who does not belong before this colonial court. As a Mohawk of the Wolf Clan and of the Haudenosaunee Confederacy… I believe and follow the Great Law of Peace."

Surprisingly, he had responded to a request for him to be removed for being in contempt with the order.

"Yes, I am in contempt of your order, and that's not something that I'm disputing."

"It's clear that we're facing racism and discrimination in this process. From the beginning, we've stated that the colonial court process is inherently unfair and it's clear that is what is playing out today."

Williams offered concern in a statement after the final ruling, saying that the proceedings could be "pitting Canada against Indigenous people."

The camp has been set up since July, and, according to OPP reports, there have been attacks on railways, bridges and hydro stations, with damages incurred. These happened after an OPP raid on the camp on August 5th.

This case is just one of many cases currently in the court system aiming to reclaim what the Six Nations claims are their ancestral lands and never ceded by treaty. Protests and other actions are expected to continue.