Inquiry commissioner Paul Rouleau said during the hearings that they will focus mainly on the government's invocation of the act, with groups alleging that the government acted unconstitutionally. 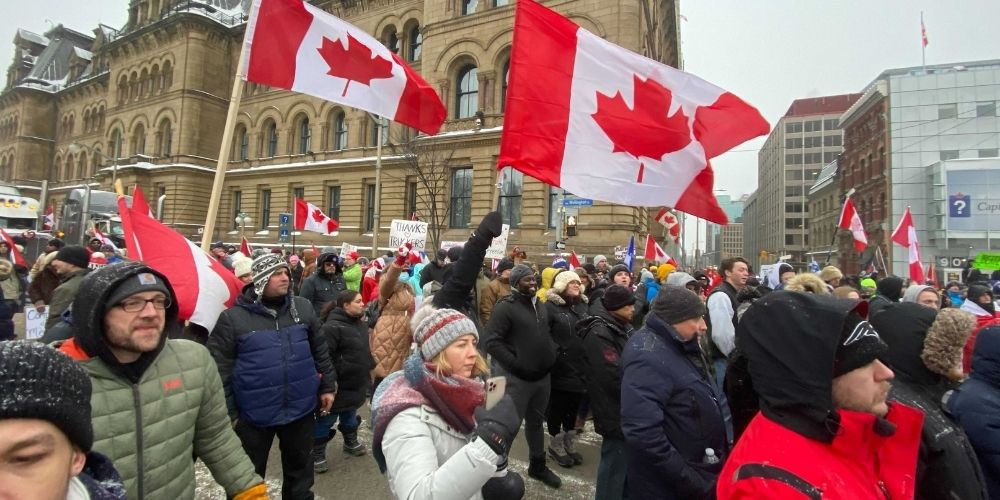 The Post Millennial
Oct 14, 2022 minute read
ADVERTISEMENT
ADVERTISEMENT
The Ontario Provincial Police (OPP) joined civil liberty groups from other provinces and Freedom Convoy protestors in the declaration that the use of the act to deal with the demonstrations last year was not needed.

Inquiry commissioner Paul Rouleau said during the hearings that they will focus mainly on the government's invocation of the act, with groups alleging that the government acted unconstitutionally, according to the Toronto Star.

"While this inquiry will deal with a wide range of issues … its focus will remain squarely on the decision of the federal government: Why did it declare an emergency, how did it use its powers, and were those actions appropriate," Rouleau said. "These are matters of fundamental importance," he later added.

OPP lawyer Christopher Diana said that the province's police force did not believe invoking the act was necessary. The OPP was directly involved in the blockades at Windor's Ambassador Bridge, and in Ottawa.

"The OPP has significant experience in responding to protests, blockades, and similar activities," Diana told the inquiry, according to the Star.

"While the emergencies legislation — in particular the provincial legislation — provided useful tools, there was sufficient legal authority in their absence to deal with the protest activities that took place over this period of time."

These statements contradict those made by Public Safety Minister Marco Mendicino, who said on February 28 that the Trudeau government was "acting on the advice of law enforcement members."

Former Ottawa Police Chief Peter Sloly also testified that, to his knowledge, a request for the act to be invoked was never made by himself or anyone in the Ottawa Police Service prior to his resignation.

"I did not make that request and I'm not aware of anyone else in the Ottawa Police Service who did," Sloly told a committee.
ADVERTISEMENT
ADVERTISEMENT
ottwa