Oregon is the latest state to take up the guidance of A Pathway to Equitable Math, a five part lesson for educators to counteract their own racism in math education. 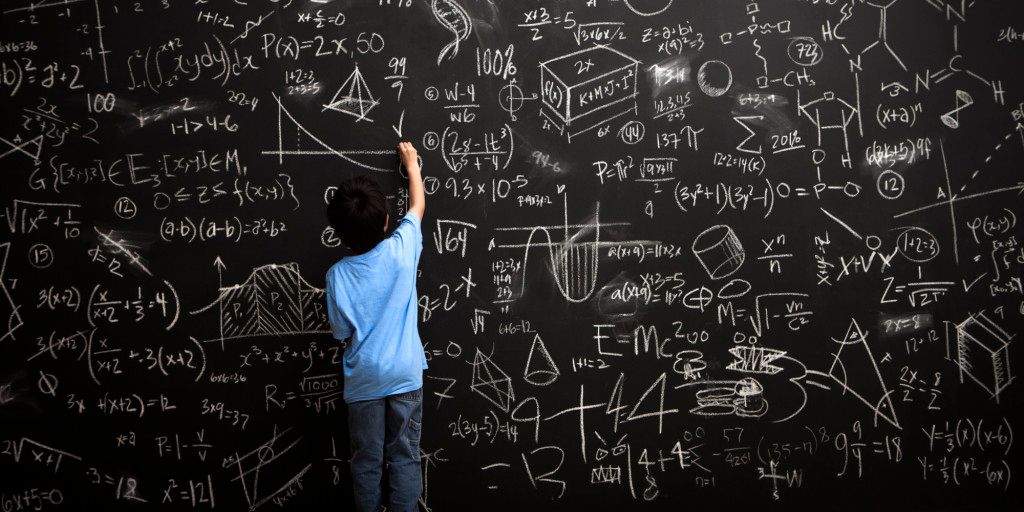 Math is racist. Or at least the state of Oregon thinks so. Oregon is the latest state to take up the guidance of A Pathway to Equitable Math, a five part lesson for educators to counteract their own racism in math education. It is a "virtual micro-course" to help educators in "valuing and elevating student discourse in the math classroom."

In an update to the state's math educators, sent on Feb. 5, the Oregon Department of Education announced that they have "taken on work to re-imagine math experiences and statewide policies to remove systemic educational barriers in math." Private and public schools are all over this.

"The vision of the Oregon Math Project," the Oregon DOE writes, "is to transform instruction by attending to student choice, agency, and belonging in mathematics so all learners experience the joy, beauty, and wonder of mathematics."

The goal is for educators to "learn key tools for engagement, develop strategies to improve equitable outcomes for Black, Latinx, and multilingual students, and join communities of practice."

If this leaves you wondering exactly how math, that most objective and straightforward of disciplines, complete with right and wrong answers and having nothing to do with identity politics-fraught areas of study could be racist, you are not alone. Never fear, Pathways to Equitable Math Instruction has spelled it all out for us.

However, the entire course of study is based on several fallacies. The first is that educators are both so racist and so blind to their own racism that they are perpetuating racism in the classroom simply by educating students at all, the second is that math is somehow a "white" discipline, and the third is that students of color are so incapable of learning that if math isn't transformed into some kind of native pedagogy they will not be able to understand it.

The workbook is divided into months, with a different lesson that teachers are supposed to tackle to dismantle white supremacy in math.

The first, for before the school year starts, is for educators to realize that "white supremacy culture shows up in math classrooms" when an educator has expectations.

September brings forth the concept that "white supremacy culture shows up in math classrooms" when "students are tracked." This is said to be racist because it presumes that adults know the right thing for students, which is considered here to be "reinforcing paternalism and powerhoarding."

In October, teaching and expecting "procedural fluency" is called racist because it "reinforces objectivity by requiring linear processing, which is oftentimes not necessary."

November's lesson for educators is that math needs to center "cultural ways of being," and not "a Eurocentric type of mathematics."

December lets educators know that there isn't "only one right way" to learn math, and it should not center "Western, Eurocentric ways of processing and knowing information. When students are required to learn in this way, they either have to unlearn their learned native traditions to meet teacher expectations, or they are deprived of learning math in their ancestral history."

In January, educators learn that math should not be taught in a linear fashion, but as a "web," and that "objectivity" should not be reinforced. Educators should employ "learning webs that connect content."

February takes issue with grading practices, saying that it's racist that they are "focused on lack of knowledge," saying that this reinforces "perfectionism." Students should not be graded, the workbook states, on "procedural or skills-based knowledge," but on "conceptual knowledge." Also asking students to "show their work" is racist, because maybe they solved the problem some other more intuitive way.

March's lesson for educators is that they should not use "real-world" examples for the usefulness of math, and should definitely not use currency-based equations, because they reinforce capitalism, which is racist. Having kids work alone to solve problems is considered racist because it "reinforces individualism."

In April, math teachers learn not to focus on kids "getting the 'right' answer." This perpetuates "objectivity as well as a fear of open conflict." Students' mistakes should not be equated with "wrongness," because that "reinforces perfectionism… and paternalism."

May is all about how to "dismantle power structures in the classroom." Instead, teachers should use "Community circles or storytelling circles, incorporating dance, music, song, call and response, and other cultural ways of communicating."

These efforts at antiracist revamping of math are about decentering the teachers' power in the classroom and putting students at the head of the decision making process, while infantilizing students of color by saying they can only learn through dance, intuition, and storytelling. Kids are showing up to learn math, not to be forced to take charge in a whole power restructuring.

Kids depend on educators to make decisions. Why are adults so afraid to show up and guide students? Why are educators so afraid to teach? Children need guidance, and they need adults who are willing to stand up and take charge.

Dumbing down our math educational standards is not going to help the US compete in the global knowledge economy, it's just going to lead to American students of all races and ethnicities falling behind their global peers.