O'Toole is driving Conservatives into a ditch

Over his term as leader, Mr. O’Toole has systematically failed to present a distinct vision and stick to it. 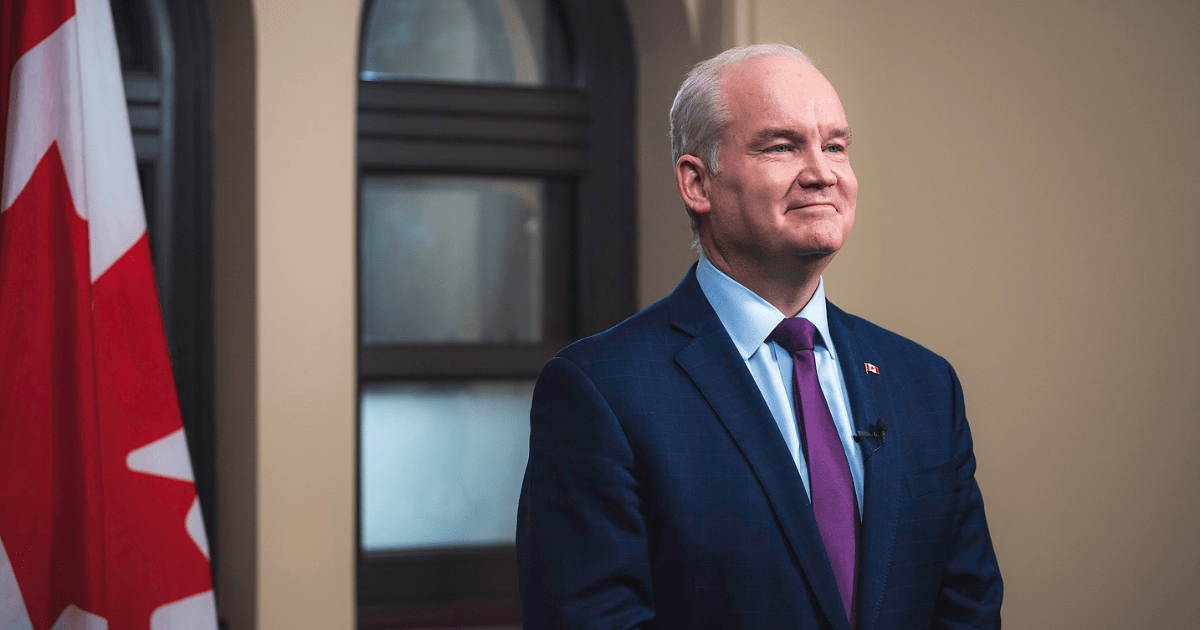 To beat Justin Trudeau, Erin O’Toole needs to provide a vision for Canada that is different and distinctly his own. The vision does not need to be grand: it just needs to exist.

Over his term as leader, Mr. O’Toole has systematically failed to present a distinct vision and stick to it.

First, he was Mr. True Blue. The guy who could unite the party and maintain its distinct Conservative identity while taking the fight to Justin Trudeau.

Seemingly overnight, he decided that if you can’t beat them, be them. He became a centrist, a carbon-tax-touting, gun-banning mirror of Justin Trudeau. He also allowed Trudeau to lead on virtually every aspect of COVID policy and discussion, a surprise given the vast divide we see on management of the pandemic between Canada and neighbours to the south.

The combination of rapid flip-flops and abandonment of leadership on crucial issues has been dizzying. CPC members are reluctant to trust him, and it’s not difficult to see why. How could any of them possibly know what O’Toole might do in government?

If this trend continues, and we have no reason to think it won’t, an O’Toole government would behave just as opportunistically in power as a Trudeau government. O’Toole is nothing more than the off-brand version of Trudeau and, given a choice, voters will always choose the real article over the imitator.

While there are some in the CPC who view O’Toole’s shameless pursuit of power as a path to victory, in reality it represents a total failure on the part of Canada’s conservative movement, effectively an abandonment of the movement’s (and the party’s) core purpose.

Sadly, that is not the only cost to his actions.

Real issues that the Conservative Party could naturally represent are now finding themselves without a voice in Ottawa.

Intelligent gun policies, a response to the carbon tax, an actual COVID plan, and other positions could be a part of a Conservative turnaround, but O’Toole wants nothing of the sort. Another issue of national importance that has come to the forefront is Bill 21, the Quebec provincial law that bars some public employees, including teachers, from wearing religious symbols at work. This effectively forces Quebecers who practice their faith to choose between their god, their job or, ultimately, the province they call home.

Erin O’Toole could have counteracted the previous stains of poor Conservative policy, such as the notorious barbaric-cultural-practices snitch line, by following a line that is core to the party’s principles: religious freedom. Such an approach would go far in building O’Toole’s credibility with voters in urban centers, including the minorities who live in them and their suburbs, putting himself on a direct path to a centrist victory. It would be both politically smart and the right thing to do.

Instead, Conservative MPs who stood up for fundamental human rights were told they were cowards for daring to speak out.

That suggests the CPC party under O’Toole’s leadership has entirely lost its way. But what would you expect from the team that spent the entire last election campaign warning us about China, lost seats on voting day because of foreign interference, and then, after all that, decided not to seek to bring back the Commons China committee.

While it all paints a poor picture, many in the party are forgiving enough that they would stick with team O’Toole if only it could deliver results. The argument is frequently made that his worst mistakes are behind him and that he’ll be a more seasoned campaigner in the next election. The problem is that by almost every point of data available, his strategies have failed and only continue to worsen.

A less popular, more vulnerable Prime Minister Trudeau, weighed down by endless scandal, still managed to increase his seat count against Erin O’Toole. The CPC’s promised gains in areas such as the 905, O’Toole’s home turf, never materialized. Andrew Scheer, chased out of the CPC leadership for incompetence, at least managed to shatter Trudeau’s majority government and gain twenty-six seats in his only election.

Today, polls show the CPC continuing to slide, with the public at large and where it counts most: O’Toole’s level of support within his party’s base has dropped drastically. While 91 percent of Conservative party supporters viewed the leader favourably two months ago, that number stands at only 59 percent today.
If this continues, Canada’s Conservatives could well enter the next election less united than ever, with even less faith in their leader. Unfortunately, instead of attempting to fix his problems, the current leader of the CPC is focused on securing his position by removing, silencing, or otherwise bullying any members of caucus who dare voice concerns, in effect reducing the party’s base even further.

None of this spells confidence. Not in the party, its leadership, or its future. The polls increasingly show that Conservative-minded Canadians see O’Toole’s flaws and are gravely concerned. It’s time they find the courage to speak up. While it’s true there are no guarantees that a leadership contest will result in a better leader, it is now clear that avoiding a contest will guarantee another loss.