Over 100 violent attacks against pro-life groups carried out since May, many by 'Jane's Revenge'

Many of the attacks have been attributed to Jane’s Revenge, which has claimed responsibility for the violence. Lawmakers called for the group to be designated a terrorist organization. 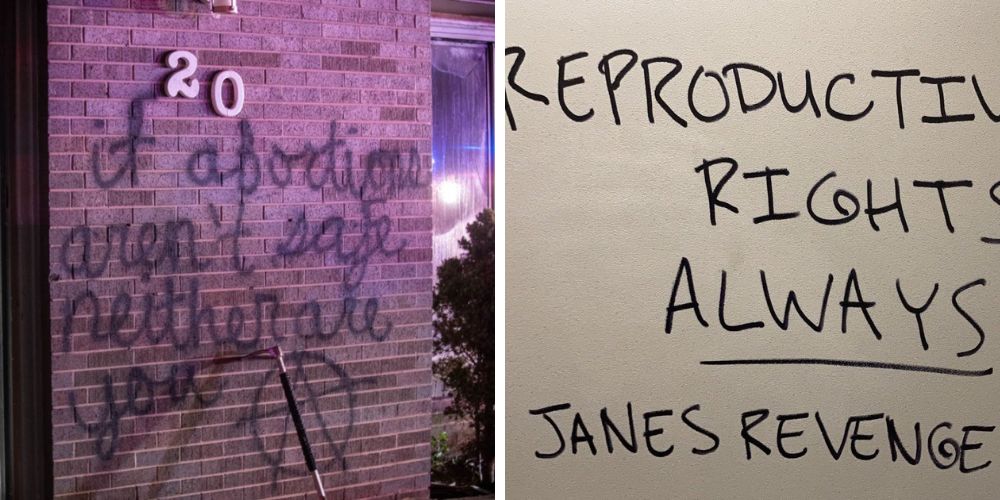 A new report detailed over 100 attacks against pro-life organizations across the country since the leak of Justice Samuel Alito’s draft majority opinion in the Dobbs v. Jackson Women’s Health Organization case that eventually led to the overturning of Roe v. Wade.

Many of the attacks have been attributed to Jane’s Revenge, a far-left activist group that has claimed responsibility for the violence. Lawmakers called for the group to be designated a terrorist organization.

According to articles compiled by the Family Research Council, the "Summer of Rage" across the country has included not only demonstrations in front of the Supreme Court and the homes of justices but also dozens of acts of violence, destruction, and harassment aimed at intimidating anti-abortion conservatives and Christians.

Jane’s Revenge took its name from the Jane Collective, a 1960’s pro-abortion group, and has gained support from leftwing activists, especially those in the Madison, Wisconsin area. A homeland security analyst theorized that Jane’s Revenge was a "loose-knit" collection of activists rather than a formal organization.

However, Robert Evans, who first obtained the initial statement from Jane’s Revenge, theorized that the group was aiming to inspire copycats through their tactics and messaging online where the organization has thrived, especially on Twitter.

Two days before the first Molotov cocktail attack on Wisconsin Family Action on May 8, 2022, a Facebook page of a group called International Workers of the World (IWW) of Madison Wisconsin posted a history of the Jane Collective.

The outlet added that last year, the IWW Madison shared multiple posts promoting violent behavior, including, "a primer on how to fight 'state oppression' by protesting and evading law enforcement."

Other activist groups rallied around the attack on Wisconsin Family Action. A group calling themselves Unnamed Autonomous Collective published a statement lauding the attack and calling for more.

A radical left-wing blog called Abolition Media has become a primary platform for spreading left-wing threats of violence and for activists associated with Jane’s Revenge. The group’s website is hosted by noblogs, a blogging service designed for radical activists.

The group also posts images of violence on Twitter and then includes links to articles calling for more action.

Many other far-left Madison Based groups that have become active in recent months are very well-funded and receive mainstream support.