"First was shock set in, that I was actually reading what I was reading and when I got to the pictures, I’m appalled because it’s pornography all day long in my sight," one concerned mother said. 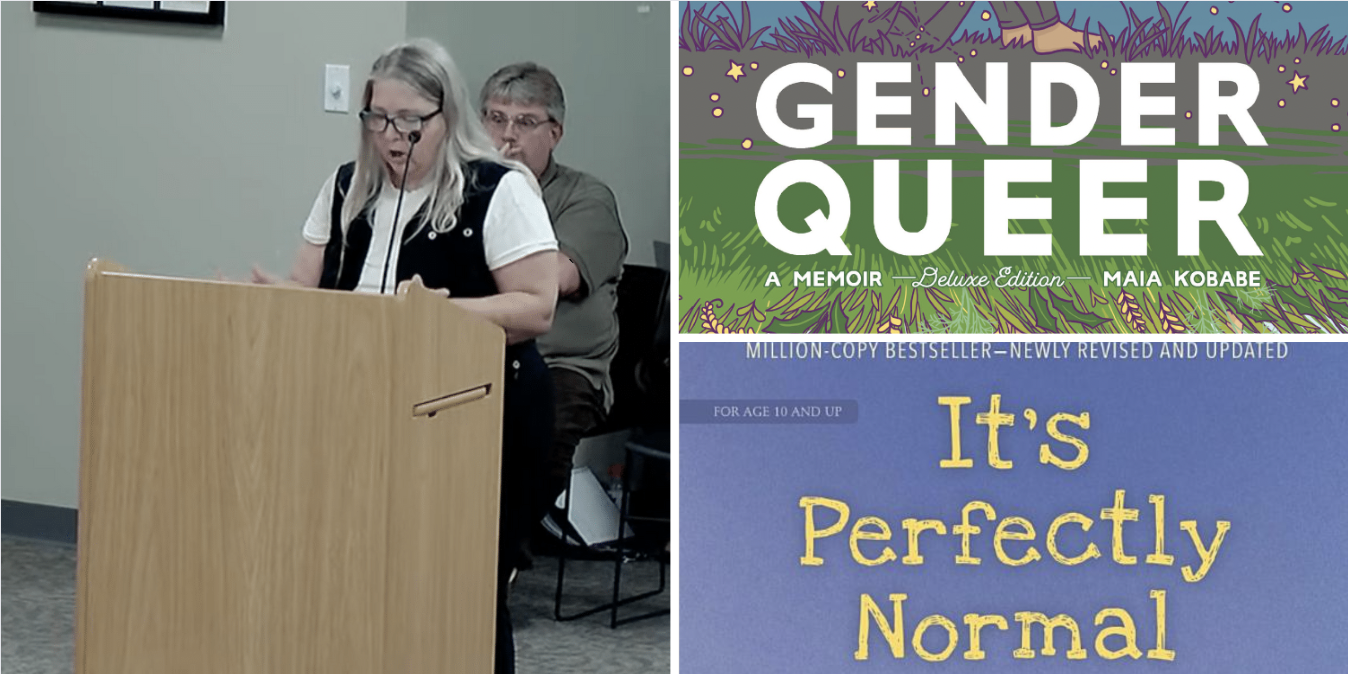 Maine School Administrative District (MSAD) 6 is weighing the removal of two books from its school’s libraries after pushback stating that the books, which focus on topics relating to gender and sexuality, contain topics that are "too pornographic" for young students.

The books in question are "Gender Queer: A Memoir" by Maia Kobabe, and "It’s Perfectly Normal" by Robie Harris.

One member of the public, speaking in reference to "Gender Queer," said that she had spent "a considerable amount of time" learning about the book and its author.

She noted that "on Amazon, if you — I were to purchase this book, it says it’s for ages 18 and up. Let’s just start there. By the author’s own admission this book is for —was for the author’s family, mostly for the family, and also for young adults."

"Science defines young adults as 18 to 30 years old, where created, librarians, other people other than science would like to try and say that young adults are 12 to 20."

Noting printout she handed to the school board, the woman said, "the art we’ve printed out in this book, it’s comic art, and it’s pornographic."

Another mother told the school board, "I want to share some of the feelings that I got as I was reading excerpts from that book. First was shock set in, that I was actually reading what I was reading and when I got to the pictures, I’m appalled because it’s pornography all day long in my sight."

"To the point I looked up in the dictionary the definition of pornography is depictions of sexual acts or behavior as in writing, photographs, motion pictures, etc. This fits it."

The woman said that leaving the book in the library would cause "physical, mental, psychological, and emotional damage to these kids that they’ll probably carry the rest of their lives."

One man, who said he was speaking "not as a Bonny Eagle High School teacher or the spouse of our high school librarian but as a parent in the district," said that comments in opposition of the books "seems to be an agenda of homophobia and bigotry."

"I believe our schools need to be a safe space for all students in the community to feel welcome. And sadly, youth who identify as LGBTQIA+ are most at risk for isolation, depression, and suicidal ideation," he continued. "So when books are being removed because of that kind of content, it sends a message to those youth that they are not welcome and their beliefs are not embraced."

One mother told the school board that "no one is forcing kids to read this book."

"It was published in 1994, and it’s updated every 10 years to have current information. Right now it includes internet safety and sexting and STD prevention."

The mother also noted that many kids are exposed to pornographic materials on the internet.

"I personally agree that the book is patently immoral. And undermines parental rights in our society in general and concerned we are encouraging emancipatory politics, which also flies in the face of the very stakeholders you say you represent," said Shane.

"There is a reason we have laws protecting minors. They do not have a good track record as a whole demonstrating the best judgment and are prone to impulsive behaviors. We limit their their access to all sorts of things, it's illegal for them to buy lottery tickets, cigarettes, alcohol, they can't buy a car by themselves. They can't rent a car. They can't even buy spray paint or cough suppressants," she said.

An attorney for the school board stated that under district policies, parents have the right to challenge materials in the schools.

He explained that the materials were first considered at the school building level, before moving onto the principle, the superintendent, then the curriculum committee. "If the challenge cannot be resolved at one of those lower levels, it can be appealed to this level. That’s why we’re here tonight."

The board will now read over both books, and consider the testimony given at the meeting, before giving a final decision at the next school board meeting on September 6.

"Gender Queer: A Memoir" has come under fire in schools nationwide for similar complains, with many agreeing that the book, which depicts sexual activities between minors, is too graphic for children.

"It’s Perfectly Normal" is described as being a book about "changing bodies, growing up, sex, and sexual health," and is recommended for children ages 10 and up on Amazon.