The Transnational Crime Investigation Unit of the National Police of Ecuador arrested the man after they became aware of reports that he had been sexually abusing "dozens" of children while staying in Ecuador. 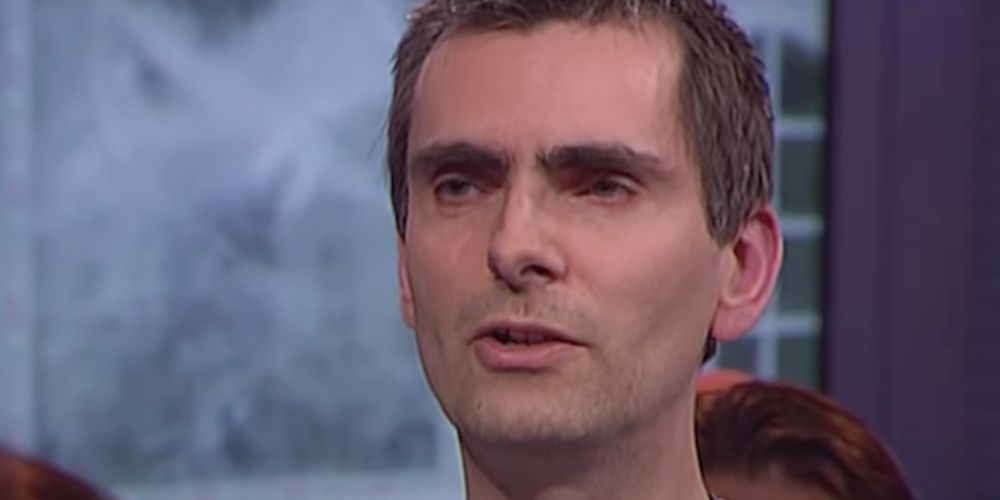 Marthijn Uittenbogaard, a Dutch National who has advocated for the destigmatization of pedophilia, has been arrested in Ecuador for allegedly sexually abusing "dozens" of children within the South American country.

According to Reduxx, the 50-year-old man was arrested outside of the town of Canoa after a manhunt was launched to arrest him.

The Transnational Crime Investigation Unit of the National Police of Ecuador arrested the man after they became aware of reports that he had been sexually abusing "dozens" of children while staying in Ecuador.

Free a Girl, an organization based in the Netherland working to end child sexual exploitation, reportedly said that Uittenbogaard had allegedly lured several minors into his home, many of whom regularly stayed over. They were allegedly lured into the home under the pretense of playing video games, and were coerced into sexual acts with sweets and money.

Uittenbogaard also allegedly organized numerous parties for children at his pool, where the minor attendees were groped and sexually assaulted.

When he was arrested, authorities seized numerous devices that were found to contain child abuse materials featuring children between the ages of seven and 12.

"The pedophile’s capture is said to have been a direct result of the arrest of one of his colleagues in Mexico earlier this month," wrote Anna Slatz for Reduxx.

Nelson Maatman was arrested in Mexico City on June 5. According to Reduxx, he is a friend of Uittenbogaard and a pro-pedophile advocate.

An anonymous tip regarding Maatman was delivered to the Mexican prosecutor’s office, stating that the man intended to purchase a child and sell child exploitative materials.

Police found Maatman with four terabytes of child sexual abuse material, which had been spread between numerous external storage devices. According to Reduxx, he was also found with photos of children in his clothing pocket, as well as a weapon and drugs.

Uittenbogaard is reportedly one of a number of pro-pedophile activists who have fled the Netherlands in 2022.

He was arrested alongside his husband, Lesley. Lesley was previously arrested for creating child sexual abuse material in their home country.

"Both Uittenbogaard and his partner likely left the country in March after the former was convicted of continuing to operate a pedophile organization that had been declared illegal in 2014," Slatz wrote.

Vereniging MARTIJN, which was founded in 1982 by a convicted sex offender, was banned and isolated by the Netherlands Supreme Court because members of the pro-pedophile activist group promoted the sexual abuse of children. The group also allegedly created a 1,000-page "pedophile handbook" which told readers how to sexually abuse children without parents or authorities knowing.

Uittenbogaard, who was previously the treasurer and chairman of MARTIJN, was sentenced to four months in prison earlier this year for continuing to run the group despite its ban alongside Norbert de Jonge, who has been sentenced to six months for the same crime.

Uittenbogaard was interviewed by Dutch public radio station NPO Fun in 2011, where he said during the interview that his "age of attraction" was girls between the ages of 6 to 12.

"Children actually like it when they have someone who communicates with them at their level. That also has to do with sexuality, feelings and eroticism. Children can really enjoy cuddling and being physical. a certain place, [sic]  then the whole mess breaks out, but that’s the western way of looking at sexuality,” Uittenbogaard said, according to Reduxx.

In the interview, Uittenbogaard claimed that, despite his attraction to children, he had never sexually abused one.

Uittenbogaard also ran a blog, published in both English and Dutch, which was last updated in April of this year.

He also made a post praising former University of Amsterdam professor Gert Hekma, who wrote about LGBTQ issues, as well as wrote in support of pedophilia, and defended Vereniging MARTIJN in 2014 as well as created a petition to keep pro-pedophilia advocacy legal.