For Trump's part, he has said he "feels great," and his White House physician has cleared him to resume in-person campaign events on Saturday, Oct. 10. 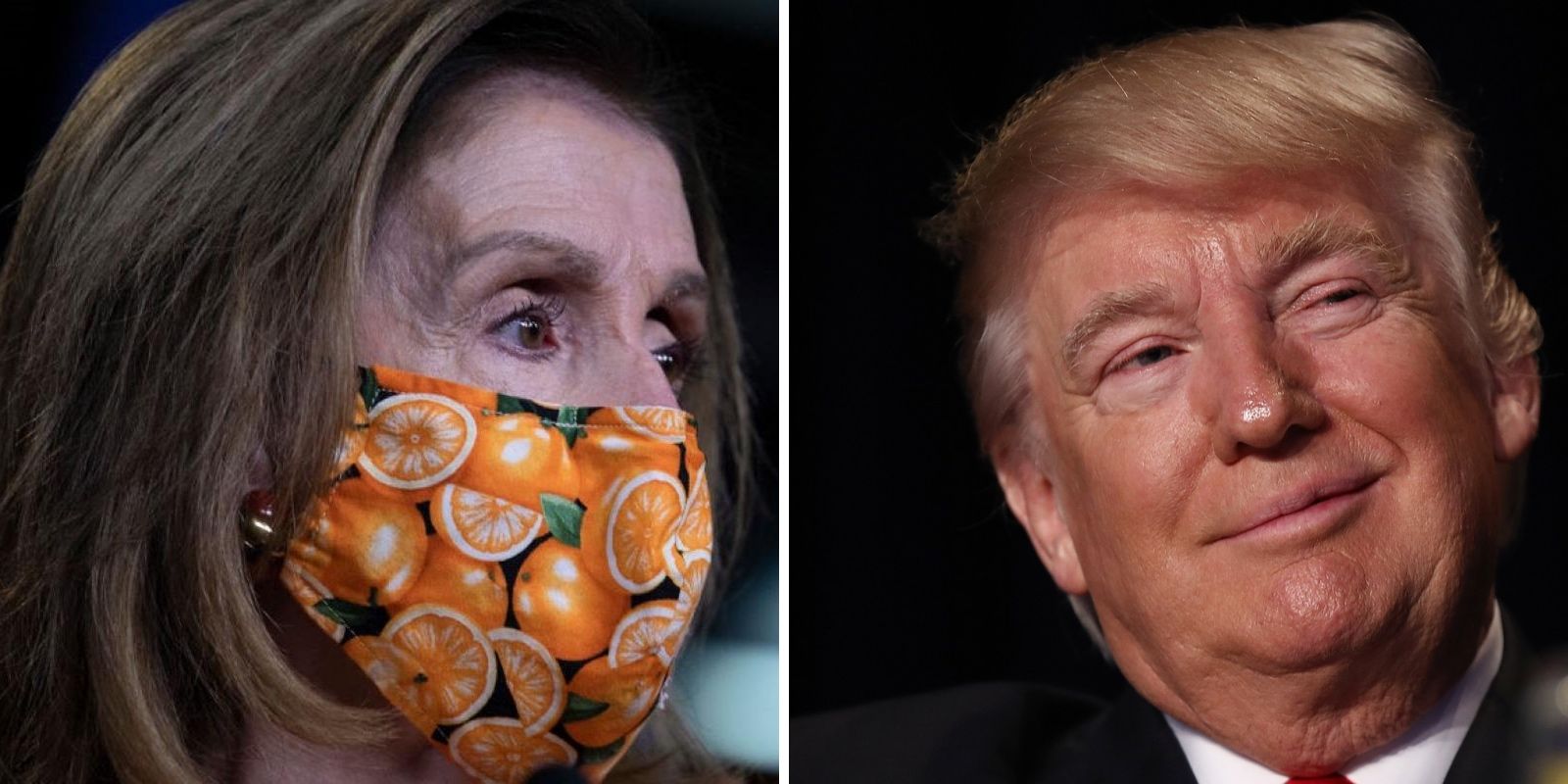 House Speaker Nancy Pelosi is set to announce new legislation on Friday to create a 25th Amendment commission that would allow Congress to remove the president should he be deemed unfit to fulfill the responsibilities of his office. The commission will determine the president's ability to perform the job.

Pelosi's stated aim is to force the White House to further disclose the president's medical condition, after Trump has tested positive for COVID-19, per an announcement made by the president on Thursday Oct. 1. The House speaker wants to know when Trump contracted the virus, and when his most recent negative result was, according to The Hill.

This new commission would be a permanent addition to congressional oversight of the executive office, and would remain in place should it be needed by congress to gauge future president's well-being and fitness to serve. Both mental and physical condition will be under review by the commission.

For Trump's part, he has said he "feels great," and his White House physician has cleared him to resume in-person campaign events on Saturday, Oct. 10. The upcoming debate between President Trump and former Vice President is scheduled for Oct. 15, though the terms of that debate are still in question. Biden has said he would prefer a virtual debate, given the president's coronavirus diagnosis, while Trump has said that he unequivocally will not debate remotely.

Pelosi teased the announcement to journalists on Thursday, saying that she would be making the announcement on Friday. She said that "the president is, shall we say, in an altered state right now," and went on to discuss the potential side effects of the drugs he has been taking to battle COVID-19 symptoms.

The 25th Amendment, which was ratified by congress in 1967 after President Kennedy's assassination, gives congress the power to create "a body" that would, in concert with the vice president, remove a sitting president who is believed to be "unable to discharge the powers and duties of his office."

"This is not about President Trump; he will face the judgment of the voters," Pelosi said on Friday. "But he shows the need for us to create a process for future presidents."

Tennessee's Rep. Mark Green said that he "wouldn't put it past Speaker Pelosi to stage a coup."

The Commission on Presidential Capacity to Discharge the Powers and Duties of Office, which is the going name for Raskin's legislation, would employ medical and psychiatric professionals, as well as former executive officials, i.e. former presidents and cabinet members.

Despite these efforts of House speaker Pelosi and Maryland's Rep. Jamie Raskin, the proposal is unlikely to move forward as the Congress is currently in recess, and the Senate, which would have to take up the bill, is controlled by Republicans under the McConnell's leadership.

President Trump shot back at his critics, saying "Crazy Nancy is the one who should be under observation. They don't call her crazy for nothing!"

Pelosi, as House speaker, is third in line for the presidency after Trump and Vice President Pence.