Pelosi had insisted all week, even earlier in the day, that vote on the infrastructure legislation would be Thursday after passing a self imposed September 27 deadline for a vote in order to placate far-left Democrats who wanted to vote on the larger spending bill first. 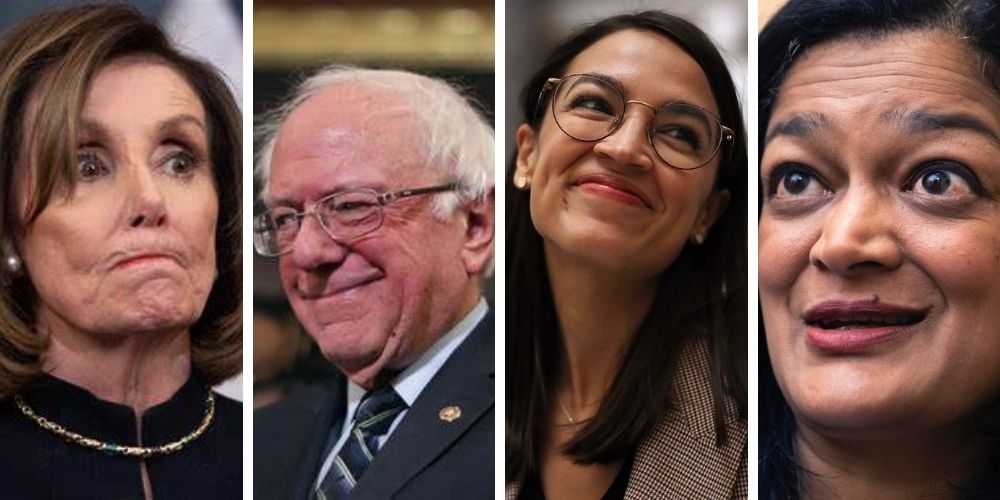 House Speaker Nancy Pelosi (D-CA) cancelled a vote on a Senate-passed $1.2 trillion bipartisan infrastructure bill Thursday night, after failing to gain the support needed for passage after far-left progressives in her party promised to block the measure until there was agreement to pass the $3.5 trillion spending bill, which they are attempting to pass without Republican support.

Pelosi had insisted all week, even earlier in the day, that vote on the infrastructure legislation would be Thursday after passing a self imposed September 27 deadline for a vote in order to placate far-left Democrats who wanted to vote on the larger spending bill first.

President Joe Biden’s two top legislative priorities as part of his "Build Back Better" campaign are now in doubt. The decision came after hours of intense negotiations, including calls with Biden, plus a marathon of meetings and calls with members of the House Democratic caucus.

Progressive lawmakers had repeatedly said during the week that they had more than enough votes to scuttle the infrastructure bill. Progressive Caucus Chair Pramila Jayapal (D-WA) called on moderate Democrat Senators Kyrsten Sinema (AZ) and Joe Manchin (W. VA), to provide a topline number for the social spending bill. A July memo signed by Senate Majority Leader Chuck Schumer (D-NY) and Manchin revealed he had requested a topline figure of $1.5 trillion.

Manchin on Wednesday in statement repeated his opposition to spending $3.5 trillion "when we have already spent $5.4 trillion since last March."

"What I have made clear to the President and Democratic leaders is that spending trillions more on new and expanded government programs, when we can’t even pay for the essential social programs, like Social Security and Medicare, is the definition of fiscal insanity. Suggesting that spending trillions more will not have an impact on inflation ignores the everyday reality that America’s families continue to pay an unavoidable inflation tax."

According to The New York Post, Jayapal said she believed Manchin’s statement had "…galvanized more progressives to vote against the infrastructure bill — which Manchin played a key role in negotiating — and insisted that her bloc had the votes to bring down the measure."

Pelosi previously made a deal with moderate Democrats in July to hold a vote on the infrastructure bill in exchange for their votes on a budget which allowed Congress’s majority party to move forward with the $3.5 trillion plan.

Negotiations are expected to resume Friday. White House press secretary Jen Psaki said in a statement late Thursday night, "A great deal of progress has been made this week, and we are closer to an agreement than ever. But we are not there yet, and so, we will need some additional time to finish the work, starting tomorrow morning first thing."