"No, no, I don’t think she should apologize," Pelosi said when asked about the issue. 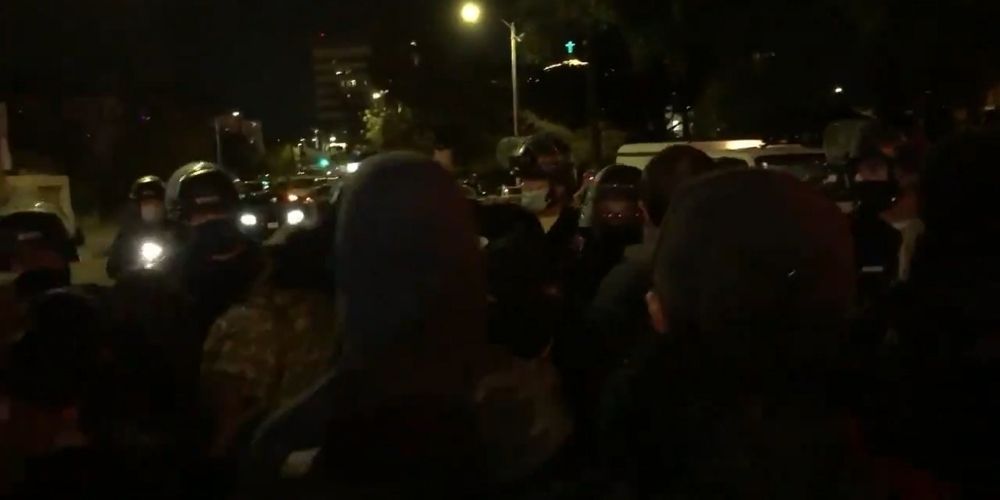 House Speaker Nancy Pelosi (D-CA) said on Monday that Rep. Maxine Waters (D-CA) should not apologize after she was accused of inciting violence against police officers over the weekend, Daily Wire reports.

"No, no, I don’t think she should apologize," Pelosi said when asked about the issue.

Over the weekend, Waters said in regard to the trial of Derek Chauvin, the police officer accused of murdering George Floyd, that "we're looking for a guilty verdict... If nothing does not happen, then we know, that we've got to not only stay in the street, but we've got to fight for justice, but I am very hopefully and I hope that we're going to get a verdict that will say guilty, guilty, guilty. And if we don't, we cannot go away."

She further said that activists "got to get more confrontational," and "got to make sure that they know we mean business."

Many interpreted the remarks as a call for violence and rioting, although Waters did not say so explicitly, as violence has surrounded the Chauvin case since it first became public knowledge.

Violence broke out following the viral dissemination of a video where Chauvin could be seen placing his knee on the neck of Floyd for over nine minutes until Floyd died. The riots resulted in multiple deaths and over $2 billion in property damage.

When asked about President Joe Biden's position on Waters's comments, White House Press Secretary Jen Psaki said that "his view is also that exercising First Amendment rights and protesting injustice is the most American thing that anyone can do. But as he also always says, protests must be peaceful. That's what he continues to call for and what he continues to believe is the right way to approach responding."

House Minority Leader Kevin McCarthy (R-CA) promised that Congressional Republicans will take action against Waters if Democrats do not. Many Republicans have called for her to resign or to be stripped of her committee assignments in response to her comments.

Waters has been accused of endorsing violence in the past. In 2018, Waters instructed a crowd of supporters to harass Trump administration officials in response to the administration's border policies.

"If you see anybody from that cabinet in a restaurant, in a department store, at a gasoline station, you get out and you create a crowd," Waters said. "And you push back on them. And you tell them they're not welcome anymore, anywhere."