Pentagon says 'diversity, equity, and inclusion' should be a part of all military decisions 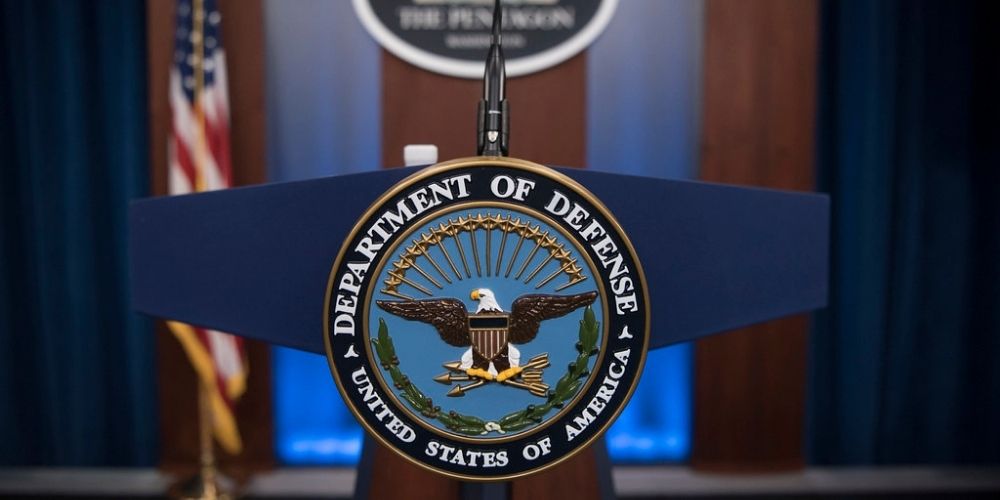 On Wednesday the Department of Defense released an article outlining the necessity of diversity, equity, and inclusion in the US military as it looks towards the future.

The article cited Bishop Garrison, the senior advisor to the secretary of defense for human capital and diversity, equity and inclusion, who spoke to the Center for a New American Security regarding these issues.

Garrison said that around 41 percent of military members identify as members of minority groups, with these groups growing larger in the future.

Garrison noted that the military must be able to attract, train and retain this large number of minority-identifying soldiers for the services to retain competitive edges.

The DOD said that fewer Americans of prime ages to be recruited, between the ages of 18 and 24, qualify for military service today.

"So, we have to find out ways of getting to a broader talent pool and broader interest groups in order to bring those highly qualified, talented individuals in," said Garrison.

Garrison noted that the number of minorities drops as soldiers rise through the ranks of military service.

"Their numbers tend to begin to decline in terms of service; they tend to get out, and there could be a variety of reasons as to why that actually is," he said. "We need to take a very data-driven approach to get a better understanding as to what's actually happening here. What is the problem? And how can we address it?"

Garrison stressed the need for diversity, equity and inclusion to be a consideration or a part of all decisions in the military.

Garrison said he wants these leaders and members of the force to see the program as a way to make the US military more successful in achieving critical missions and in making forces more lethal.

He said that while bringing in more talent is the goal for any program, when the military gets recruits from diverse backgrounds, innovative thoughts and ideas would be brought in as well.

"I want people to see [diversity, equity and inclusion] as another tool in the toolkit and another way of solving these problems," he said.

"It's not just something that has to be done because of some type of cultural ideology or culture wars that are going on — that's not the case at all. It is, again, not diversity for diversity's sake," Garrison said.

Over the summer, Joint Chiefs of Staff General Mark Milley came under fire for defending the teaching of similar concepts in critical race theory-based trainings to the military.

He said that they were learning about it to gain "situational understanding about the country for which we are here to defend."

"But I do think it's important, actually, for those of us in uniform, to be open minded and be widely read in the United States Military Academy is a university. And it is important that we train, and we understand," said Milley during a House Armed Services Committee hearing.

In regards to the Capitol riot on January 6, Milley stated "I want to understand white rage, and I'm white, and I want to understand it. So what is it that cause thousands of people to assault this building, and try to overturn the Constitution of the United States of America? What caused that? I want to find that out."

Milley said he wanted to keep an "open mind here, and I do want to analyze it."

In May of last year, the Pentagon announced that it will "continuously" trawl member's social media for "extremist and concerning behavior" to fight the threat of extremism in the armed forces, with Garrison leading the charge.

Garrison has been criticized heavily by Republicans for being overly woke and pushing an extreme version of critical race theory into the armed forces.

Garrison has previously called all Trump supporters "racists" and supported The New York Times' 1619 Project. Pentagon officials said they would use private companies to conduct the surveillance to deflect any First Amendment objections.