Bishop Garrison, a senior advisor to President Biden's Defence Secretary Lloyd Austin. will lead the project and has previously called Trump supporters "racists" and supports the "1619 Project," which claimed the founding doctrine of America is racist against black people. 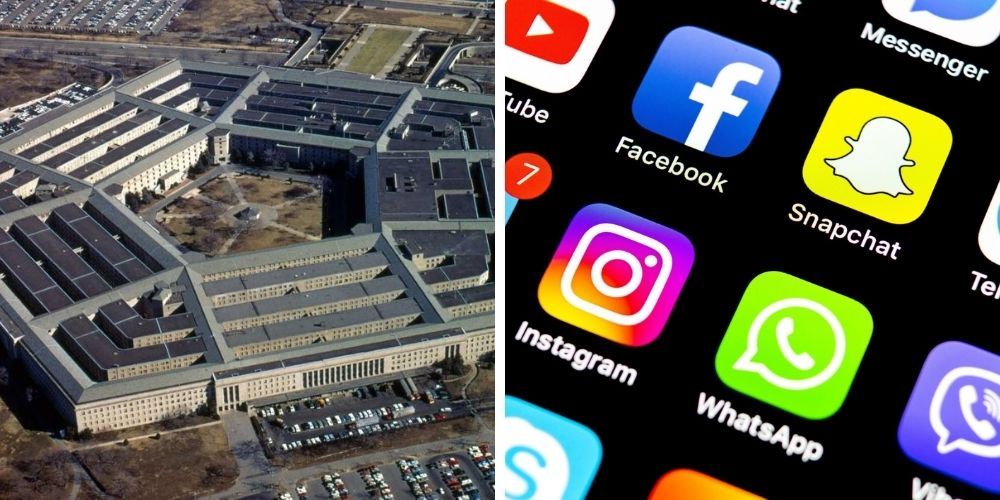 The Pentagon has announced it will trawl member's social media; critics are concerned  military members could be punished for "lack of wokeness."

With Bishop Garrison leading the way, the Pentagon will "continuously" trawl member's social media for "extremist and concerning behaviour" to fight the threat of extremism in the armed forces. Bishop Garrison, a senior advisor to President Biden's Defence Secretary Lloyd Austin, has been criticized heavily by Republicans for being overly woke and pushing an extreme version of critical race theory into the armed forces.

Garrison has previously called all Trump supporters "racists" and supported The New York Times' 1619 Project, which claimed the founding doctrine of America is racist against black people. Pentagon officials say they will use private companies to conduct the surveillance to deflect any First Amendment objections.

Babel Street, a company specializing in social media monitoring for large companies, is the front runner for the contract. The Biden administration has also caused controversy by stating it will use similar private companies to get around privacy laws to perform domestic surveillance on Americans. Previously, Department of Homeland Security officials were forbidden from using a false identity to access private information. Using a third-party contractor, the DHS will be able to do so and aims to combat "extremism."

According to the Daily Mail, the program plans to use keyword searches of armed forces member’s social media to identify those who might have extremist political views and beliefs. Critics have slammed the program and claim that it might return false positives, causing unnecessary hassle and force undue scrutiny of social media members.

Fox News host Tucker Carlson called the program is a "political purge." Those with knowledge of the program say it's already struggling to find a list of keywords that find extremism without infringing on protected speech.