The guide suggests that carjacking victims should give up their car, leave the scene and "let the carjacker know" if there’s a child onboard. 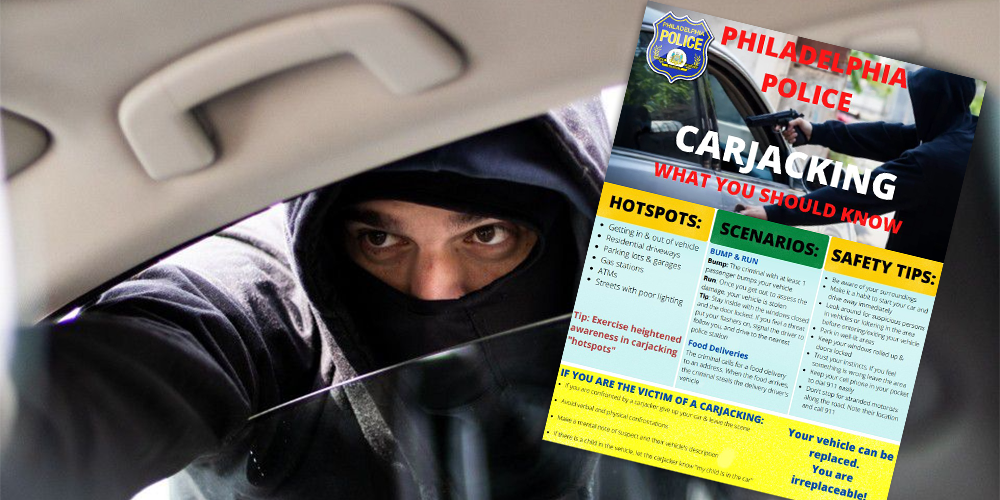 The Philadelphia Police Department released a new guide to help residents survive a carjacking. Unable to clamp down on criminal behavior amid a historic crime wave, the city has instead opted to release a handy guide for its citizens.

On Wednesday, Commissioner Danielle Outlaw reported that there have been 757 reported carjackings in Philadelphia in 2021 – a 31 percent increase over the year before. Police only arrested 150 individuals and cleared 93 investigations, she said on Facebook.

The commissioner explained that the police department continues to devote assets to deal with the situation.

“Plainly put, the PPD has deployed additional resources to investigate these incidents and apprehend offenders. This includes plain-clothed officers deployed to targeted areas and an operational Task Force dedicated to combating carjackings within the city,” wrote Outlaw.

“In addition, every PPD detective division, as well as our Major Crimes Unit, which investigates crime rings and trends, has assigned detectives to investigate patterns, hotspots, and develop intelligence pertaining to carjackings,” Outlaw continued.

“Our intelligence bureau is also gathering information from multiple sources, participating in mutual exchanges of information with our law enforcement partners, and identifying locations, trends, and patterns associated with carjackings in the city. Along with our efforts, the Attorney General’s Office is aiding in investigating carjackings in Philadelphia while providing additional investigative technology to our Department,” she wrote.

However, as the situation remains ongoing, the city’s residents will have to figure out how to survive carjacking– for which the police have released a guide detailing where and when carjackings usually occur, providing scenarios for possible carjackings, and safety tips for survival.

The guide suggests that residents pay  attention when getting in and out of their cars, noting their surroundings in residential driveways, parking lots and garages, at gas stations, ATMS, and streets with poor lighting.

The guide goes on to suggest that victims of carjackings should always give up their car and leave the scene and avoid confrontation with the criminal, make mental note of the suspect for identification thereafter, and “let the carjacker know” if there’s a child onboard.