The photo showing men in harnesses and shiny black hot pants gathered outdoors on a porch where a little girl plays with a swing set won an award for being "iconic" and the "most aesthetic." 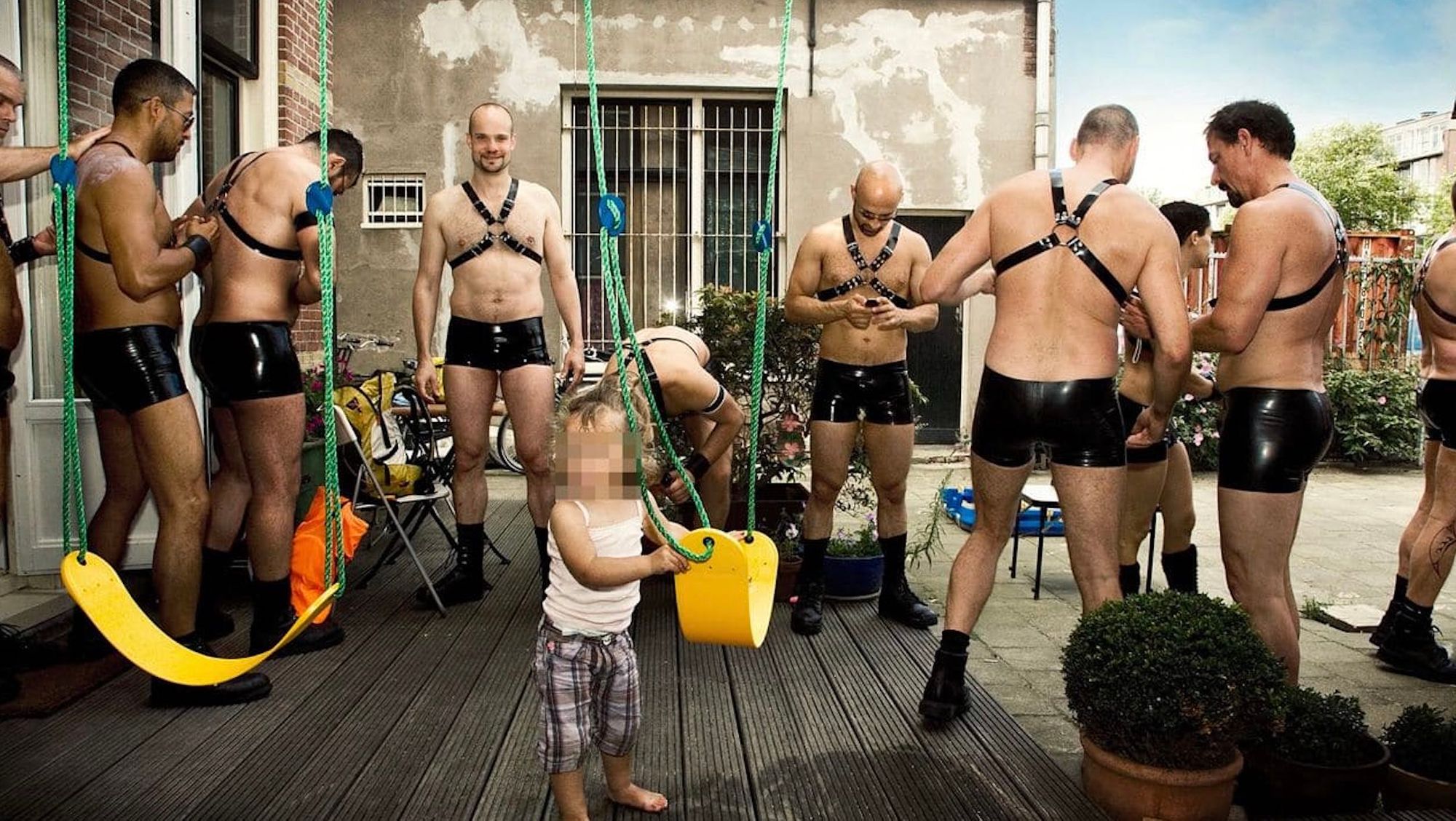 A photo from a Pride event in Holland won an award for being "iconic" and the "most aesthetic." It shows a a small child smiling while surrounded by men in bondage gear. The men, in harnesses and shiny black hot pants, are gathered outdoors on a porch where a little girl plays with a swing set.

The Post Millennial's Andy Ngo shared the photo, saying that a "woman claiming to be the girl's mother" had "opened her home for the men to change." The photo is called "Celebrating Diversity," and was snapped by Jan van Breda.

It was reported that more than 13,000 photos were submitted to the Pride competition, but that van Breda's, along with two others, will "end up in the history books."

The competition asked for the "most iconic, meaningful and aesthetic photos for 25 years of Pride Amsterdam." The ensuing "Celebrating Diversity" exhibit in Vondelpark featured fifty photos.

In selecting van Breda's photo, the jury stated that "This photo, in its composition - child in the foreground, men preparing for Canal Parade in the background, everyone busy with their own activities and fascinations - sublimely depicts what will hopefully remain self-evident: that we, unhampered by prejudices , and almost unsuspectingly, all may and can exist side by side."

Amsterdam Pride's director Lucien Spee de Castillo Ruiz spoke in glowing terms about the exhibition, saying "For me, this exhibition means a lot of freedom. The entire community is represented. Young, old, trans, colored, party, depth, struggle, it has everything. That is what Pride is. Pride is more than the faces people see on the outside."

The photography show featuring the image of the small child surrounded by men in fetish gear was opened by Marjolein Moorman, the city alderman for education, poverty and integration. The photos remained on view through Aug. 10, hung three meters off the ground.

"I think it's important they are also able to marry in church and get their blessing from a priest. You don’t see that in many other places," said photographer Jeroen Ploeger, who also had an image featured in the exhibit. His image showed a lesbian wedding in a church.

An "international gay fetish photo competition called "MOREPIXX?" was held as well, which was juried via internet voting, with photos shown online and in the Ramses Shaffy Huis in Amsterdam.