A popular Portland Antifa activist known for distributing supplies and food at riots around the country is now being accused of “predatory behavior.” 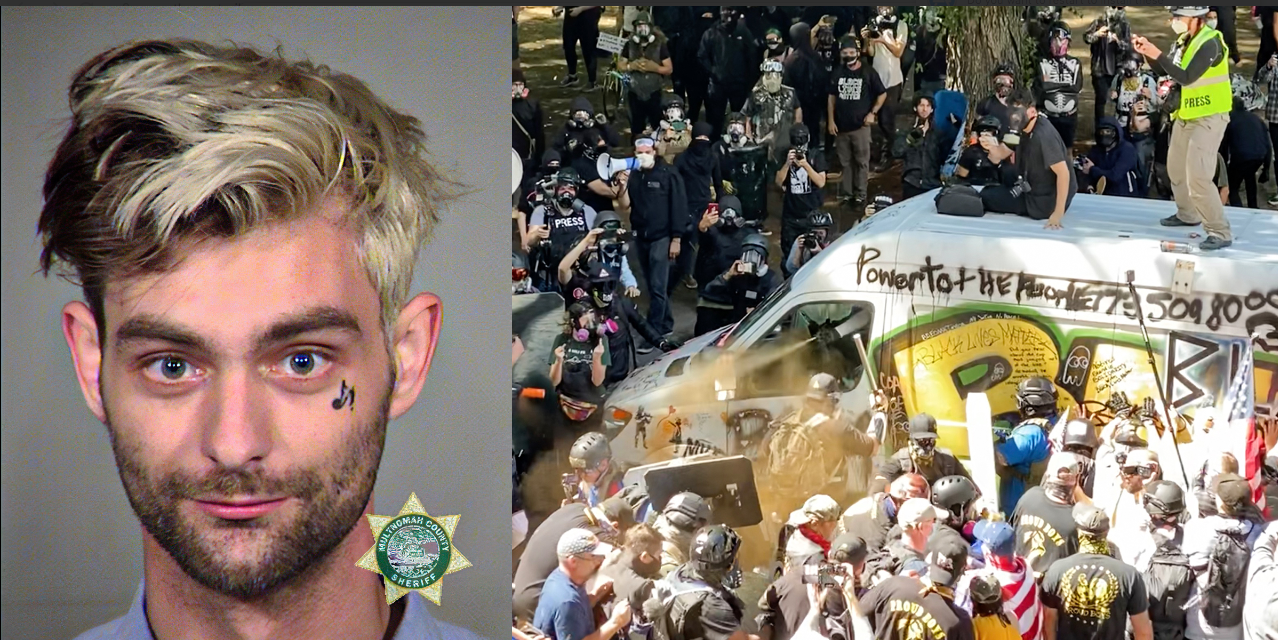 A popular Portland Antifa activist known for distributing supplies and food at riots around the country is now being accused of “predatory behavior,” like stalking, against women.

Jeremy “JeVa” Edwin Vajko, 27, operates the graffiti-covered vehicle dubbed the “Snack Van.” Since the early weeks of Black Lives Matter-Antifa riots broke out more than 100 days ago in Portland, he’s been providing protesters and rioters alike free water, food, and medical supplies. But now a viral “community safety” notice from a pseudonymous “concerned comrade” is alerting the Antifa following about Vajko’s alleged sexual “predatory behavior.” Vajko is accused of manipulating sexual scenarios, appearing at the homes of victims, contacting them through alternate phone numbers, threatening self-harm and expressing “bi-phobia.”

“@ProudBulba,” the anti-police account promoting the accusations, tweeted: “We deal with abusers without cops.” In the comments, others backed-up the accusations. “Can I just say—for my own safety I have not come out on this for awhile,” tweeted Portland protester Hailley Nolan. “I tried to be supportive but he was just manipulating me and everyone around him. Another day, I may come out with it all but please listen to those who have already come out.”

Vajko denies the claims. “I have spoken to the people involved making those false accusations and I will take some time to personally reflect on why they felt it necessary to say what they did. They are not true and I am not looking to comment further,” Vajko told The Post Millennial in a written statement.

Vajko, of Seattle, says he resides in the Portland-area now. He previously worked for Microsoft as a senior engineer before dedicating full-time in May to block streets nightly with his vehicle so police can’t mobilize, and distributing supplies to rioters. It’s unclear how his activities are entirely funded but he does crowdfund through Venmo and CashApp. He has been arrested multiple times in different cities.

On June 22 when Antifa rioters tampered with the front doors on the Portland Police Bureau’s Central Precinct, Vajko was charged with interfering with a peace officer and quickly released without bond. The charge was dropped.

Then on the 50th day of civil unrest on July 18, commercial grade fireworks and smoke bombs were launched towards the Multnomah County Justice Center. Vajko was arrested again but his charges of interfering with a peace officer and second-degree disorderly conduct were dropped.

Vajko also trekked to the BLM-Antifa protests in Kenosha, Wisc. and Washington, D.C. Last month, Vajko was taken into custody in the capital for reckless driving. According to the Daily Mail, the Metropolitan Police Department reported that he drove “into a crowd of over one hundred individuals” near the Hay Adams hotel. Vajko spent the night in jail and was let go the next day. He was not charged.

Vajko last appeared at the resumed Portland riot on Friday night outside the US Immigration and Customs Enforcement federal building after a pause on protests for the West Coast wildfires.