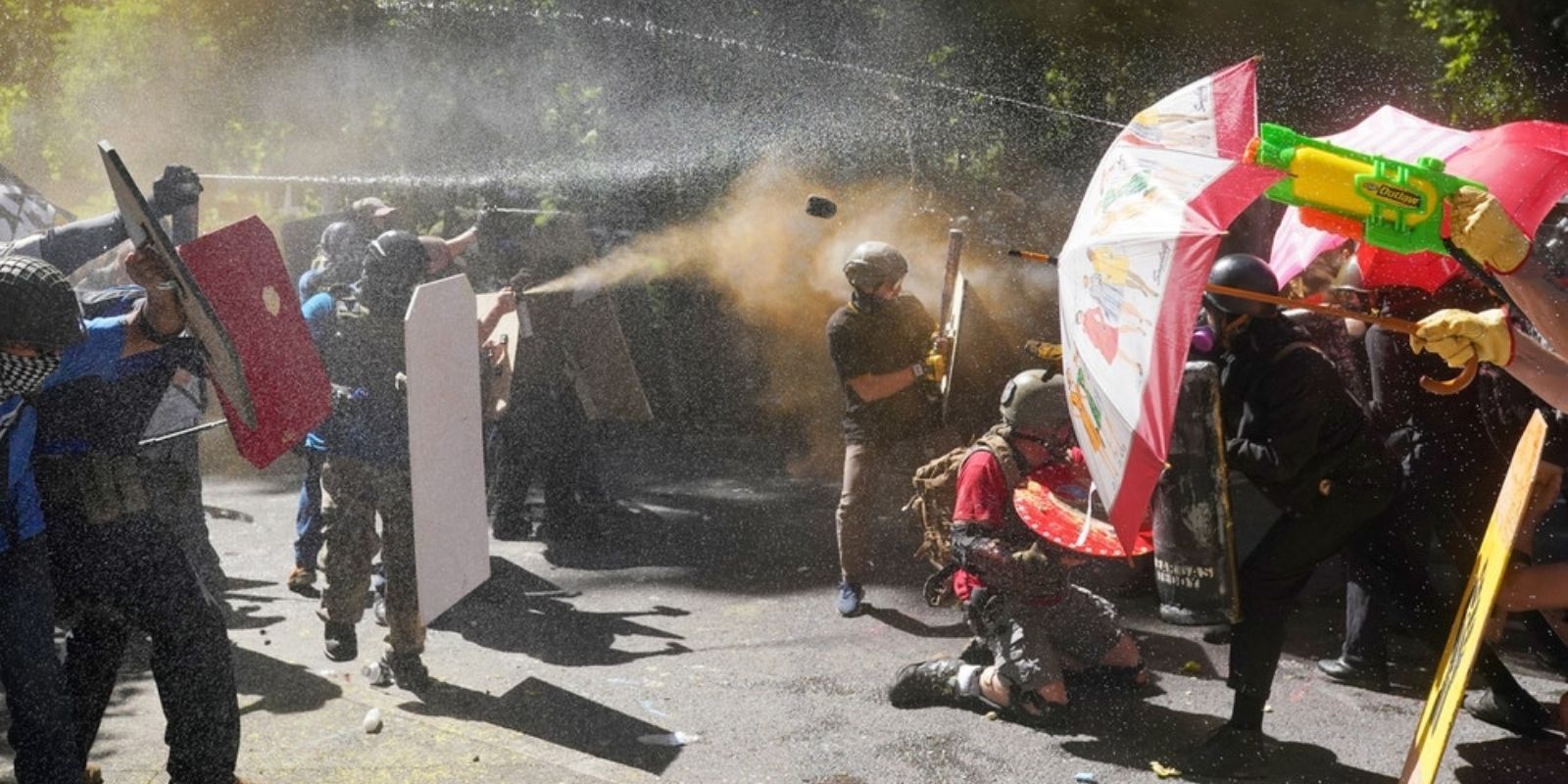 The city braced for violence after Antifa accounts in Portland warned press to not film or photograph rioters at the planned Antifascist Action at the Salmon Street Springs water fountain in Tom McCall Waterfront Park on Sunday afternoon.

All the members of the police department's Rapid Response Team had resigned during the course of the year 2021, after one of the team's officers was indicted for an incident that occurred while the group was being attacked by rioters. Instead, authorities plan to "provide safety information and direction to participants and bystanders via loudspeaker," according to Lovell.

"You should not expect to see police officers standing in the middle of the crowd trying to keep people apart. People should keep themselves apart and avoid physical confrontation," Lovell stated via PPB press release.

According to local outlet Fox 12 KPTV, the city of Portland is readying itself for what will likely be another pitched street battle between Antifa and its right-wing counterparts on the anniversary of a previous violent clash between the two forces, which took place in front of the Multnomah County Justice Center.

"Within the resource constraints we have, we are preparing and working with partners to include Oregon State Police and local partners from the metro area to put together the appropriate resource package for this weekend," Lovell continued. Responding to criticism for the decision, Lovell iterated: "I understand the optics of that. But we have to make tactical decisions that put us in a place where we’re likely to be successful in making an arrest or taking someone into custody."

"To the extent that we can, we will make arrests whether it's after something takes place or if it's possible to make one at a different time, we'll do that."