Broglio affirmed "the dignity of every human person from conception to natural death" at the annual Vigil for Life at the Basilica of the National Shrine of the Immaculate Conception in 2021. 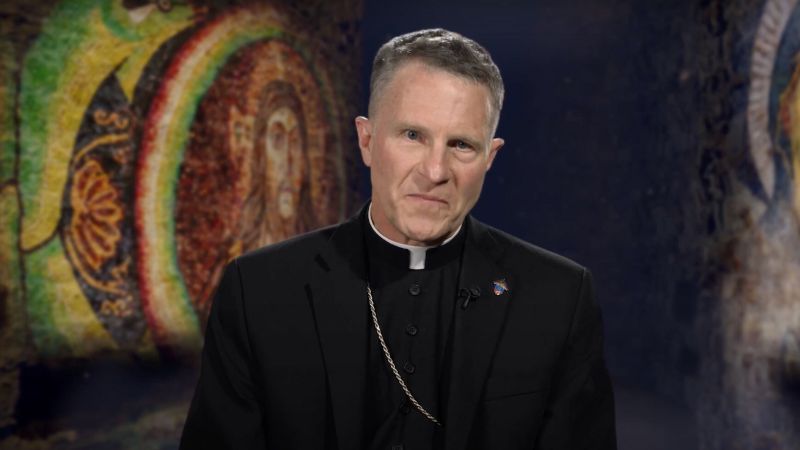 Archbishop Timothy Broglio, a notable pro-life voice in the Catholic faith and a board member of the pro-life biomedical research organization National Catholic Bioethics Center, was elected as the new president of the US Conference of Catholic Bishops on Tuesday.

According to Yahoo News, 70-year-old Broglio, from the Archdiocese for the Military Services, "was elected to a three-year term from a field of 10 candidates. He will succeed Archbishop José H. Gomez of Los Angeles, who assumed the post in 2019."

The Catholic News Agency reports that Broglio, who grew up in Cleveland Heights, Ohio, was elected by a 138-99 vote.

Baltimore Archbishop William E. Lori, the chair of the bishops’ Committee on Pro-Life Activities, was also elected in a 143-96 vote.

According to Life News, both men are strong pro-life voices in the Catholic faith and Lori has openly criticized self-identified Catholic Joe Biden for his "tragic" and "gravely wrong" pro-abortion positions.

Broglio affirmed "the dignity of every human person from conception to natural death" at the annual Vigil for Life at the Basilica of the National Shrine of the Immaculate Conception in 2021. At the event, held in Washington, DC on the former anniversary of Roe v. Wade, Broglio said Roe was a grievous "error" that "cost 65 million lives."

Broglio and Lori assume leadership "at a time when pro-abortion activists and lawmakers, including those who claim to be Catholic, are pushing a radical pro-abortion agenda to legalize abortions up to birth nation-wide and force taxpayers to pay for them."

While serving as Archbishop for the Military Services, Broglio defended those in the military who refused the Covid vaccine on religious grounds. He said in October 2021, "No one should be forced to receive a COVID-19 vaccine if it would violate the sanctity of his or her conscience."

Broglio noted that stem cells culled from aborted babies are often used in the expedited development of experimental vaccines.

Broglio also took the Obama administration to task for its Obamacare mandate that forced  religious employers "to pay for coverage for employees that includes birth control and drugs that may cause abortions."

"The Administration has cast aside the First Amendment to the Constitution of the United States," Broglio said in 2012, noting the mandate denied "Catholics our Nation’s first and most fundamental freedom, that of religious liberty."

"We cannot—and will not—comply with this unjust law," Broglio added.