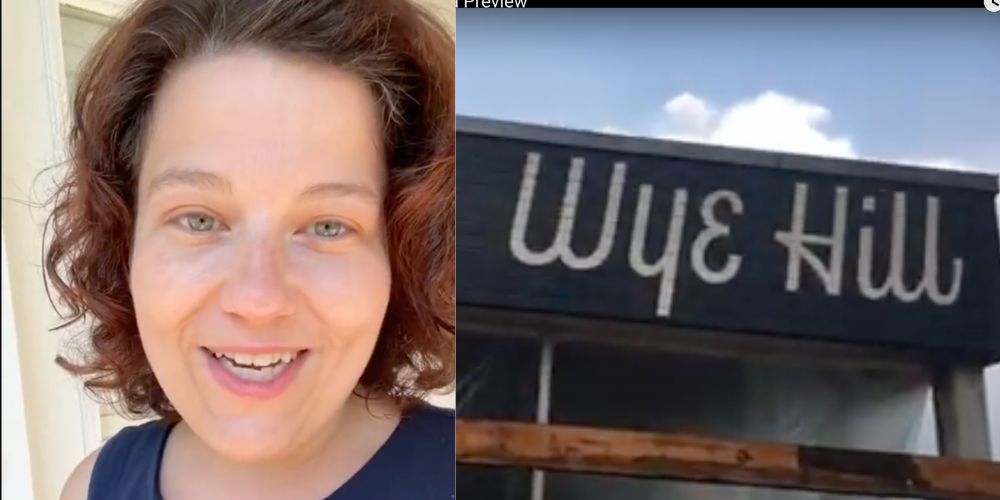 Katherine Johnson of Durham, North Carolina took to TikTok to brag about causing Raleigh bar and restaurant Wye Hill to cancel a reservation for a conservative group of moms last week.

In a video posted by Libs of Tik Tok, Johnson proudly took credit for the cancellation and said "hey Moms for Liberty of wake county I heard ya'll had to change venues… I wonder who woulda done somethin' like that… it was me, Katherine for Justice!"

Johnson pivoted to subtle threats stating, "And I'm not stoppin.' And I brought a whole lot of friends" before returning to relishing her ruining of the mom's evening and attacking their organization. A spokeswoman for Moms for Liberty said they were only there for a happy hour to celebrate the end of the school year.

"You know what else we did,'' she continued in performative vernacular, "we shut down your whole conversation baby girl, we done been all up over that website." The last confession of infiltrating their group via the Moms for Liberty website she yucked with an especially rapacious grin.

Johnson is the Founder & Organizer of Project Progress NC a "group focused on amplifying North Carolina's progressive voice." Their main page offers their three-pillar plan to influence an election and centers on voter registration.

In Johnson's bio, she writes that she's "a political science student and soon-to-be law student at North Carolina Central University" who believes "participation in politics is vital to the success of our democracy."

Participation was limited for the Moms for Liberty when Johnson decried "your conversation and ability to communicate just got a whole lot harder."

According to their website, Moms for Liberty is a "parental rights group dedicated to the survival of America by unifying, educating and empowering parents to defend their parental rights at all levels of government."

"By the way, there's more than one imposter among your ranks," Johnson said, gloating of the Soviet-style tactic of sowing paranoia.

Mom's for Liberty had originally planned a happy hour at Wye Hill but Johnson contacted the bar and said that her group was planning "something to counter." The bar is owned by Sara Abernethy and Chris Borreson who "hail from Raleigh and Los Angeles" and "first met in the theatre industry."

According to a local news source, Wye Hill sent an email to Julie Page, chair of Mom's for Liberty's local chapter and said the group's presence "would negate what we stand for. "We support a safe space for the LGBTQ +, and gender non-conforming communities. Our values are clearly not in alignment with those of Moms4Liberty. While as a company, we don’t align ourselves one way or the other politically, we do align ourselves with human issues at hand. We do not endorse any organization that engages in, supports, encourages, or promotes intolerance, hate, terrorism, violence, money laundering, or other illegal activities, and we cannot align the Wye Hill brand with Moms4Liberty.”

The bar did not clarify whether they aligned with Katherine Johnson or not.