Prominent conservatives voiced their concerns with shutting down Ontario's schools and the effects the policy may have on children. 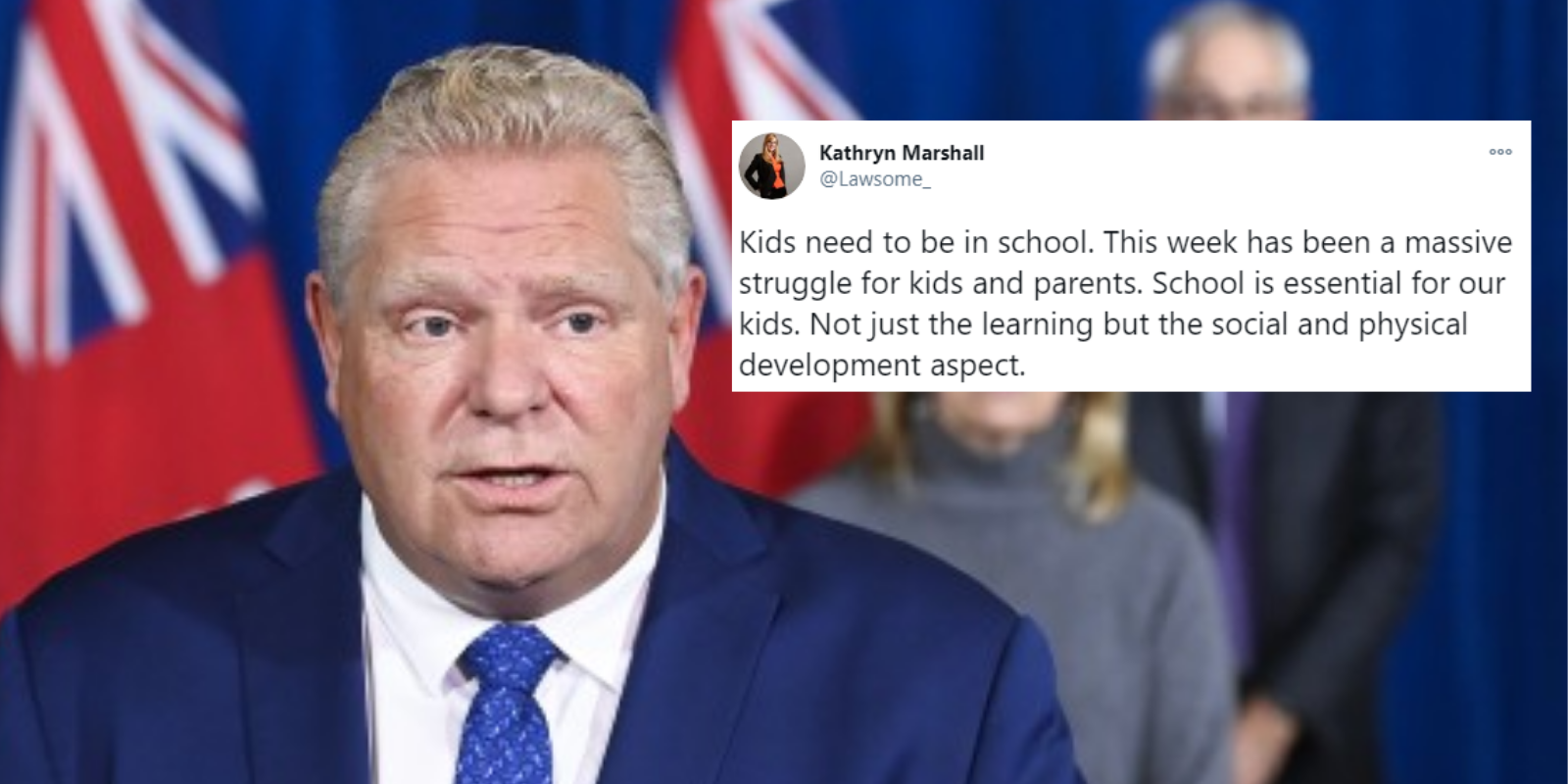 In a Thursday press conference at 3pm, Ontario's Medical Officer of Health Dr. David Williams will be giving an update on the status of in-person learning in Ontario's schools. Doug Ford has said he will respect whatever decision Dr. Williams makes.

Prominent conservatives voiced their concerns with shutting down Ontario's schools and the effects the policy may have on children.

Kevin Gaudet, Consultant in Government Relations and Public Affairs at Brightpoint Strategy and National Conservative media contributor at Global TV & Radio tweeted the "consequences of locking them out of their lives far outweigh the benefits."

Prominent employment lawyer, civil litigator, columnist with National Post and known conservative, Kathryn Marshall, also voiced her displeasure with the proposed policy. "School is essential for our kids" Marshall tweeted, "not just the learning but the social and physical development aspect."

Ford has received backlash from his own base over the way he has handled the pandemic so far. Today's decision will surely distance Ford farther away from many of his once loyal PC Party friends.