Lailana Muniz, a trans rights advocate and HIV activist, was caught in a sting operation carried out by Fred Medina of NY Creeps Spotlight, a non-profit organization that exposes online predators seeking to sexually abuse minors. 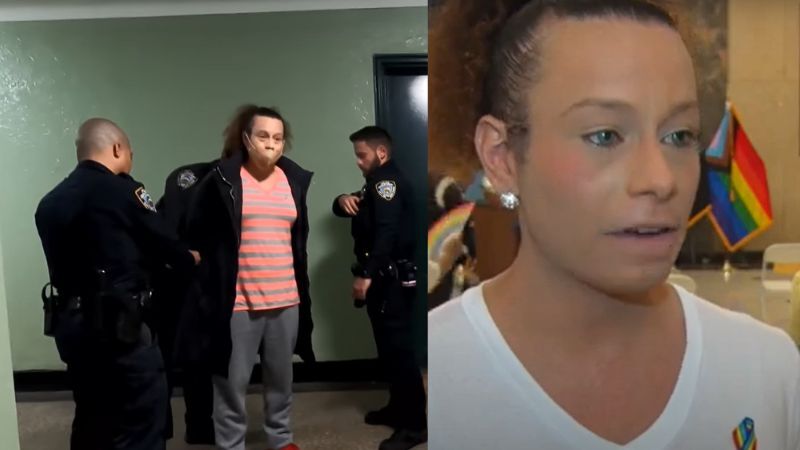 A prominent trans rights activist was arrested last month after being caught allegedly trying to solicit sex from a minor, reports Reduxx.

Lailana Muniz, a trans rights advocate and HIV activist, was caught in a sting operation carried out by Fred Medina of NY Creeps Spotlight, a non-profit organization that exposes online predators seeking to sexually abuse minors.


Muniz, a trans-identified male who is HIV positive, has done extensive HIV awareness advocacy in the New York community, including being a spokesperson for Amida Care, a non-profit community health insurance plan specializing in providing coverage for people with complex health needs such as those living with HIV/AIDS and people who are transgender.

According to Reduxx, Muniz was Chief Operations Officer of the New York Transgender Bodybuilding Federation and had done volunteer work for local trans advocacy community organizations including CK Life, a group that provides services such as a surgery buddy program, surgery referrals, and binders and tucking underwear.

Muniz was arrested on October 20 after allegedly arranging to meet up with someone who the trans activist believed to be a 14-year-old boy, but who was in fact Medina posing as a minor.

Medina had created a profile on the gay dating app Grindr in which he claimed to be a 14-year-old boy called Josh. In an message exchange prior to the meet-up, a person who is allegedly Muniz acknowledges the child is underage, expresses mock trepidation, and also appears to send a photograph in a state of arousal.

“I can’t front. I am nervous…I watch too much TV cause I know your young, it reminds me of the show To Catch a Predator where they set up people attracted to minors lol,” read one of the messages in a series of screenshots shared on NY Creeps Spotlight Facebook page.

On October 20, months after their first initial conversation, Muniz arranged to meet “Josh” and was subsequently arrested after Medina called the police.

The Bronx Times reports that the trans-identified male, whose contribution to LGBTQ advocacy was recognized by Bronx Borough President Vanessa Gibson at a Pride event this summer, allegedly admitted having chats of a sexual nature with "Josh".

NY Creeps Spotlight uploaded a video of what appears to be the encounter where Muniz learns that it is a sting operation. After attempting to deny any intention to have sex with the minor, despite there being an alleged chat log of evidence, Muniz can be seen attempting to walk away from Medina. Medina follows in pursuit, and eventually calls the police.

When the police arrive on the scene, Medina shows the chat logs and Muniz is arrested.

According to Reduxx, Muniz is facing charges including attempted sexual abuse, misconduct, and endangerment of minor and is due to appear in court on Dec 2.