QAnon 'Shaman' declared too dangerous for release by judge

Judge Royce Lamberth made the decision believing that Chansley would otherwise have the opportunity to plot further anti-Government attacks and a possible flight risk. 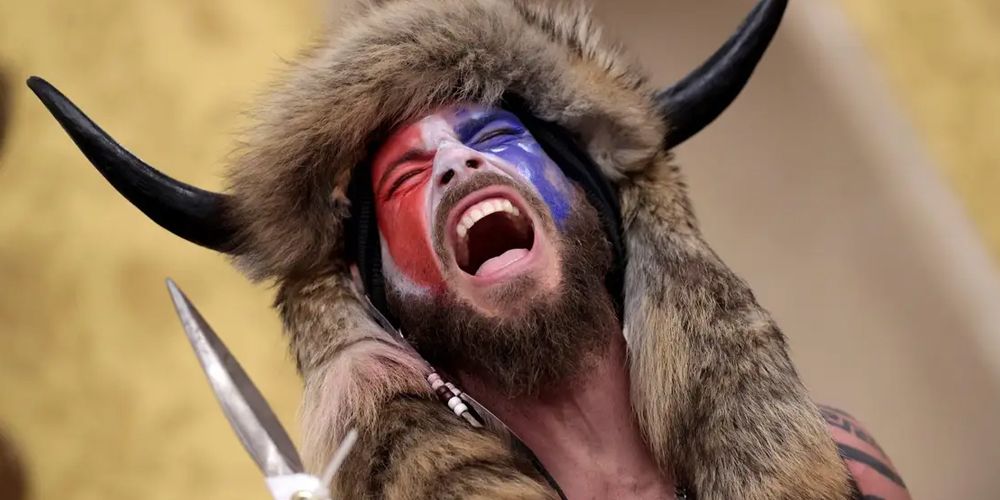 A prominent figure in the January 6 riot at the US Capitol is confined to jail as his case moves forward to trial. According to CNN, "QAnon Shaman," Jacob Chansley will remain behind bars and can’t be placed on house arrest. Judge Royce Lamberth made the decision believing that Chansley would otherwise have the opportunity to plot further anti-Government attacks and a possible flight risk.

The decision came after a purported attack on Washington, DC was predicted to happen on March 4 but never came to fruition.

Court documents reveal a debate among the defense and prosecution how dangerous Chansley actually is. Much of the deliberation centered around a "six-foot spear"  he held during the riot while present inside the Capitol. The Judge strongly disagreed with the counter-argument that it was a flagpole. In the documents, the six-foot pole with a metal spearhead on the top was compared to "a knife" in terms of its danger. "Both objects have a sharpened point designed to inflict harm by piercing or puncturing."

The prosecution concluded, "because defendant's six-foot spear is inherently dangerous, it does not matter whether defendant actually used it to cause bodily harm while inside the capitol."

The court found the defense's argument trying to justify Chansley's release inadequate. Lawyers for Chansley brought up the fact he lived in Arizona his entire life and that he doesn't have a passport. In addition, the defense leaned heavily on Chansley's mother. The fact the defendant lives with his mother and that the mother told 60 Minutes that Chansley "walked through open doors" and was "escorted into the senate" appeared uncompelling to the court.

Chansley's defense team argued that the fact that he published two self-help books was enough proof that the defendant is a "man of Shamanic faith" with no interest in politics.