U.S. Capitol Police announced Wednesday that it had discovered a threat from a militant group attempting to breach the Capitol, prompting the House to suspend its Thursday session. 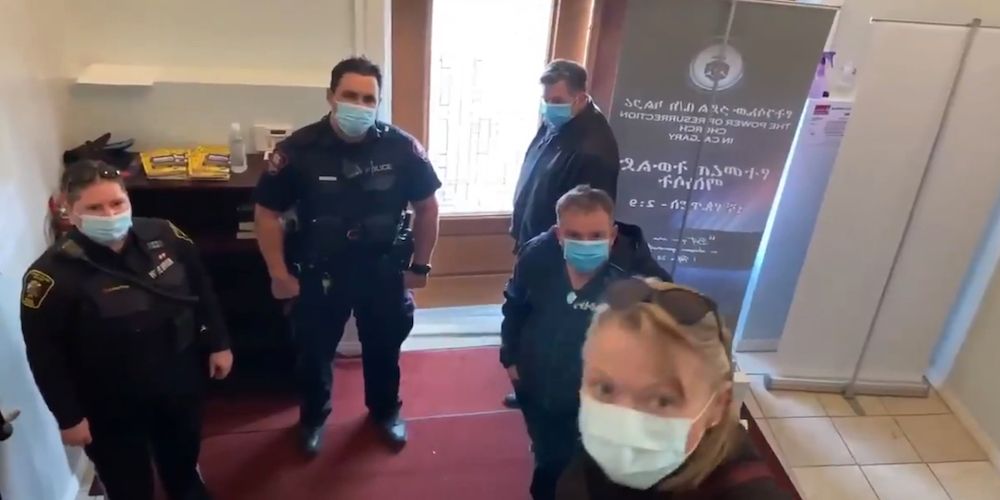 U.S. Capitol Police announced Wednesday that it had discovered a threat from a militant group attempting to breach the Capitol, prompting the House to suspend its Thursday session.

QAnon supporters declared in recent weeks that a Donald Trump would retake office on March 4, which was the nation's original inauguration day up until then 1930s, according to the Washington Post.

Capitol Police said that they uncovered a plot from extremist militants who were threatening to storm the Capitol in a similar way to what occurred on Jan. 6. The threat was taken seriously enough for Capitol Police to stiffly bolster security and for Congress to suspend its session set for Thursday, the day of the alleged plot.

"Militia violent extremists" were planning to "take control of the US Capitol and remove Democratic lawmakers on or about March 4," a Capitol Police bulletin said.

When Thursday came, the threats were unactualized, with only a handful of tourist present in the area as well as normal foot traffic.

"This is how many people showed up to the Capitol today," One America News Network's Jack Posobiec tweeted.

A few QAnon followers were present, peacefully hanging out outside the Capitol barbed wire fences.

John and Karyn Carson took time off work, traveling from California to watch Trump get inaugurated, in accordance with the online QAnon conspiracy theory, ABC reports.

"Every day that we're here, we'll probably come out around noon and see if anything transpires," Carson said.

"If it doesn't happen, we'll obviously be sad because it didn't happen while we were here, but we believe that it will happen. It just hasn't happened yet," she continued.

Samantha Broaddus, 34, said she had heard vaguely about the QAnon theory, but was not concerned as she arrived for her dentist appointment near the Capitol.

"It’s more sad than nerve-racking,” she told the Post. "D.C. used to feel so accessible to everyone who wanted. Now it’s starting to feel like another country."