ATB says 86 percent of new production came from oil sands extraction, with production 86.2 percent higher than it was a decade ago. They said the upswing was the continuation of a long-term trend. 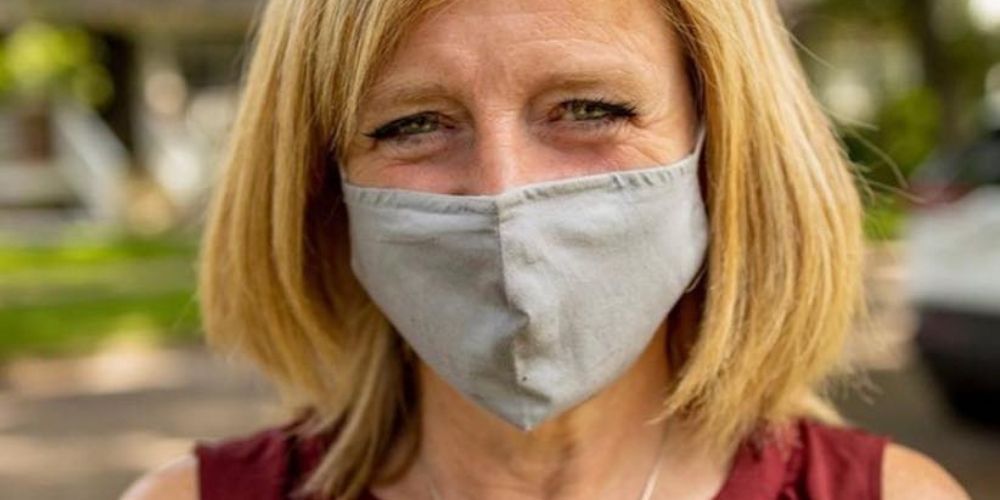 "[Net-zero emissions] is coming, and it presents Alberta with a choice," she said. "Taking leadership and carving out our place in the global energy conversation for decades to come."

"I commit to you: We will not go backwards. We will lead," said Notley.

With rising commodity prices, Canadian oil and gas are expected to generate $141 billion in revenue this year, just shy of 2014 levels, according to ARC Energy Research Institute. Post-tax cash flow levels are also projected to hit an all-time high of $75 billion because of reduced costs and higher production levels.

The institute predicted 4,245 oil and gas wells would be drilled this year, or 40 percent more than 2020 levels. The Canadian Association of Energy Contractors also reported 144 drilling wells were active a month ago in Western Canada, compared to only 27 in 2020.

"The customer mood has improved dramatically," said Total Energy Services CEO Dan Halyk to the Edmonton Journal. "It’s not like the good old days, yet, of 2014, but … the fundamentals look pretty good." He added that demand for drilling continues to rise.

However, much still depends on the pace of the global economic recovery, as well as the coordinated actions of OPEC and its partners when it comes to oil markets. Attention to climate concerns, ESG considerations and market access remain ongoing.

The Biden administration released a statement Wednesday acknowledging its engagement with OPEC+ members to meet global energy demands. OPEC+ recently bolstered oil production but did not offset previous production cuts the organization imposed during the COVID pandemic until well into 2022.

"At a critical moment in the global recovery, this is simply not enough," reads the White House issued statement. "Higher gasoline costs, if left unchecked, risk harming the ongoing global recovery."

"The price of crude oil has been higher than it was at the end of 2019, before the onset of the pandemic."

Alberta’s Energy Minister Sonya Savage took exception to the move to ask OPEC+ to rescue the US from high fuel prices months after cancelling the Keystone XL pipeline, calling it "smacks of hypocrisy."

"Keystone XL would have provided Americans with a stable source of energy from a trusted ally and friend that adhered to the highest ESG standards in the world with industry commitments to net-zero production," she said. "Had pipelines not been politicized by opponents of oil and gas, Keystone XL would have been operational for years and reliably delivering nearly 1 million barrels of oil every day to American refineries."

President Biden affirmed his desire to provide Americans with affordable and reliable energy, including at the pump. His administration assured competitive energy markets would produce "reliable and stable energy supplies" and asked OPEC+ to "do more to support the recovery" as they continued to engage.

"This comes just as Vladimir Putin’s Russia has become the 2nd largest exporter of oil to the US," said Alberta Premier Jason Kenney. Russia is selling the US 840,000 barrels per day, which is the amount of Canadian oil he claims Keystone XL would have delivered to the US.

Savage affirmed Alberta's government’s commitment to pushing for new pipelines and new markets to support the industry, the jobs and the prosperity it creates.

"The bottom line is the world needs Alberta’s energy. Albertans own the third-largest oil reserves in the world, and our industry is at the forefront of innovation and technology to reduce emissions and produce oil with the lowest carbon footprint," added Savage. "That’s why we are well-positioned to meet global demand and support a post-pandemic economic recovery."

"We look forward to the Biden administration’s continued support for an integrated North American energy market in the months ahead," concluded Savage. She hopes continued engagement will create jobs and prosperity on both sides of the border.

The first half of 2021 saw oil production in Alberta surge past 2019 production levels before the disruption of the pandemic and the subsequent collapse of energy prices that saw negative commodity prices in April 2020 when OPEC cut production.

During the Alberta NDP’s first Stampede roadshow, a petroleum engineer and resident from NE Calgary asked Notley her thoughts on diversification. He added the province needs refineries and a local pipeline network.

"You are exactly the person who makes Alberta valuable," she said at Prairie Winds Park on July 8. "It’s the people with the ideas and innovation, experience and education that move here. And we need to find ways to harness that and diversify."

"The oil and gas sector should be ahead of the curb," said Notley.

Alberta’s oil producers averaged 3.53 million barrels per day between January and June, said ATB Economics in a statement on Wednesday, reported CBC. That is 5.7 percent higher than the first half of 2020 and 1.8 percent above that period in 2019.

ATB cited 86 percent of that production came from oil sands extraction, with production 86.2 percent higher than it was a decade ago. They said the upswing was the continuation of a long-term trend.

Though few are expecting major oil sands projects to move ahead or production to surge suddenly, Halyk said, "It’s gratifying to me to see some hope and enthusiasm coming back, and some of the challenges that come with having to ramp up. It’s been a while since we’ve had to do that in Canada."

Kenney stood steadfast in his defence of Canada’s high environmental, governance and social standards that Russia and OPEC+ members ignore.

"Canada is the US's closest ally," while "OPEC+ includes regimes that fuel conflict and instability around the world."

"Canada is a rights-respecting liberal democracy," while "Many OPEC+ countries are amongst the world’s worst regimes."