"We don't have to accept the mandates, lockdowns, and harmful policies of the petty tyrants and feckless bureaucrats. We can simply say no, not again." 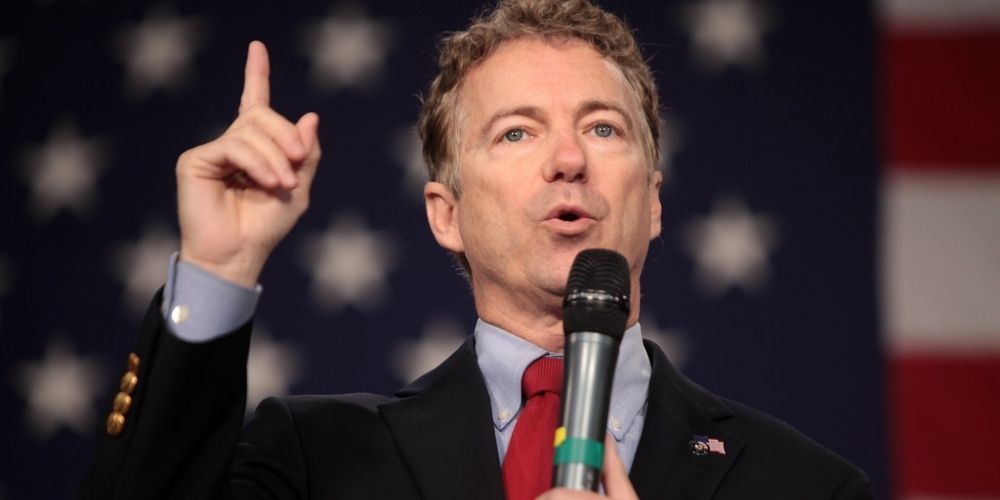 Senator Rand Paul is urging Americans to resist mask mandates and lockdowns in a scathing opinion piece released by Fox News on Wednesday.

"We don't have to accept the mandates, lockdowns, and harmful policies of the petty tyrants and feckless bureaucrats. We can simply say no, not again," Paul continued.

Paul goes on to call out Speaker of the House Nancy Pelosi for her "drunk with power rein over the Capitol," stating that neither he nor anyone on his staff will be arrested, continue to wear masks, or show a vaccine passport.

He also called out President Joe Biden for reportedly moving towards a lockdown.

"President Biden — we will not accept your agencies' mandates or your reported moves toward a lockdown," said Paul. "No one should follow the CDC's anti-science mask mandates. And if you want to shutdown federal agencies again — some of which aren't even back to work fully — I will stop every bill coming through the Senate with an amendment to cut their funding if they don't come to work."

He continued by stating that "we will not allow you to do more harm to our children again this year." Paul stated that with children being no more at risk from COVID-19 than they are the seasonal flu, and teachers at least having the opportunity to get vaccinated, that there is "no reason for mask mandates, part time schools, or any lockdown measures."

"Children are falling behind in school, and are being harmed physically and psychologically by the tactics you have used to keep them from the classroom last year. We won't allow it again," said Paul.

Paul threatened that if "a school system attempts to keep the children from full-time, in-person school," he would "hold up every bill with two amendments. One to defund them, and another to allow parents the choice of where the money goes for their child's education."

"Do I sound fed up to you? That's because I am," said Paul, who goes on to state that he has practiced medicine for 33 years, studying immunology and virology and working in emergency rooms before closing to become a surgeon.

"I have been telling everyone for a year now that Dr. Anthony Fauci and other public health officials were NOT following science, and I've been proven right time and time again," said Paul, harkening back to the numerous times he and Fauci have butted heads in Senate hearings.

Paul goes on to stay that he is "not the only one who is fed up." He states that people everywhere come up and thank him "for standing up for them."

Paul added that he thinks "the tide has turned, and more and more people are willing to stand up."

"I see members of Congress refusing to comply with Petty Tyrant Pelosi," he continued.

"We are at a moment of truth and a crossroads. Will we allow these people to use fear and propaganda to do further harm to our society, economy, and children?" asked Paul. "Or will we stand together and say, absolutely not. Not this time. I choose freedom."