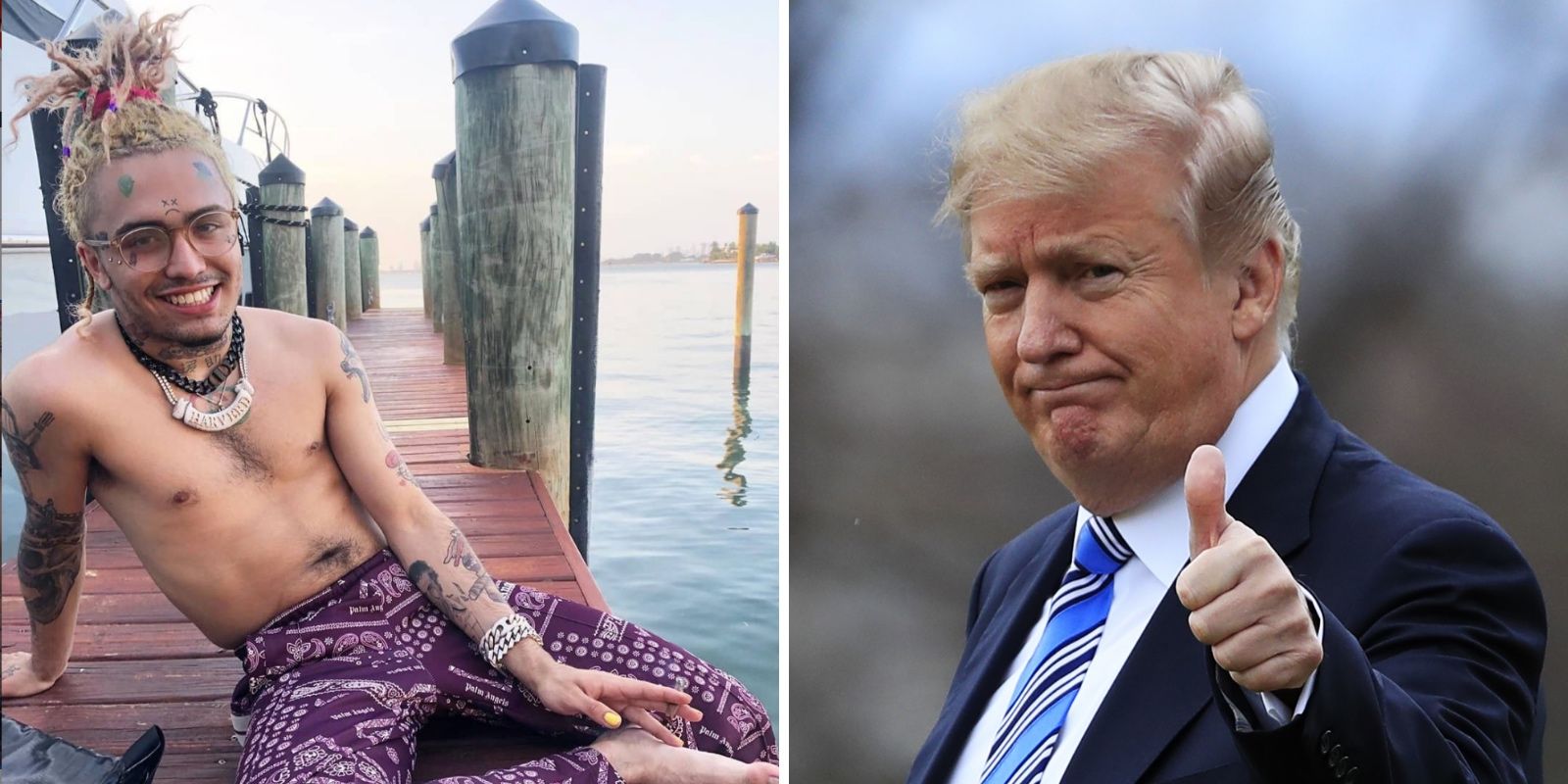 The rapper Lil Pump took to Instagram on Monday to endorse President Donald Trump for reelection in an expletive-laden video where he railed against former Vice President Joe Biden's tax plan.

The rapper also shared a photoshopped image of himself shaking hands with the president, captioning the image with "THE DAY I MET TRUMP." The post received a mixed response, garnering nearly one million likes at the time of writing, while a number of commenters said they would be unfollowing the rapper.

Lil Pump, who's real name is Gazzy Garcia, began his career as a so-called SoundCloud rapper in 2016, where he quickly gained a large following. He became a more mainstream figure following the release of his hit single "Gucci Gang," which peaked at number 3 on the top 100 billboards in both Canada and the United States.

The endorsement comes as other rappers have cozied up to Trump. Kanye West has been known to sympathize with the president for years now, but in more recent weeks rappers including Waka Flocka Flame, BlocBoy JB, and 50 Cent have also given praise to the president. 50 Cent, who also railed against Biden's tax plan, appears to have walked back his endorsement since he made the statements, saying that he "never liked him."

Lil Pump later retweeted a copy of his Instagram story video which said "rappers like [Lil Pump] are waking up to the reality that [Joe Biden] is about to rape their wallets."